Teaching Medieval Studies in a Time of White Supremacy

Today, medievalists have to understand that the public and our students will see us as potential white supremacists or white supremacist sympathizers because we are medievalists. The medieval western European Christian past is being weaponized by white supremacist/white nationalist/KKK/nazi extremist groups who also frequently happen to be college students. Don’t think western European medieval studies is exceptional. As Catherine Cox recently presented at MLA, ISIS/ISIL also weaponizes the idea of the pure medieval Islamic past in their recruiting rhetoric for young male Muslims. If the medieval past (globally) is being weaponized for the aims of extreme, violent supremacist groups, what are you doing, medievalists, in your classrooms? Because you are the authorities teaching medieval subjects in the classroom, you are, in fact, ideological arms dealers. So, are you going to be apathetic weapons dealers not caring how your material and tools will be used? Do you care who your buyers are in the classroom? Choose a side. Doing nothing is choosing a side. Denial is choosing a side. Using the racist dog whistle of “we must listen to both sides” is choosing a side. I am particularly struck by this last choice, since I want to know: would you also say this about ISIS/ISIL?

This is not a problem for me by the very mere fact that I am a woman of color. My actual body waves the “highly, ridiculously unlikely-to-be-a-white-supremacist” flag in the classroom (not that Asian Americans are not anti-black or marched at the Virginia riots for white supremacy, as is noted here: https://nextshark.com/asian-man-caught-camera-marching-kkk-charlottesville/). However, this creates a completely different set of issues for almost all medievalists (medievalists of color barely make .5%-.75% of this population). How are you signaling in your classroom that you are not upholding white supremacy when you are teaching the subject loved by white supremacists (feel free to read all the articles that discuss the love of medieval history on the part of the white supremacist who is now a poster image of the Charlottesville riot: http://talkingpointsmemo.com/edblog/im-not-the-angry-racist-they-see-in-that-photo)? Neutrality may have worked in a distant past when white supremacists/KKK/white nationalists/Nazis were some imagined fringe group, but that is not going to work now.

Marcia Chatelain recently wrote an excellent article about “How Universities Embolden White Nationalists” (http://www.chronicle.com/article/How-Universities-Embolden/240956?cid=wcontentgrid_hp_2) with excellent suggestions to college faculty on how to not embolden white nationalists in the classroom. So, this is the question I pose to our community of scholars: “Are you, as medievalists, emboldening white nationalists?” The range of white supremacy and medieval studies’ complicity in it include the following: denying the problem exists (or even that there are medievalists who are white supremacists); labeling the backlash and protestations of medievalists of color as alarmist; imagining there are two sides; deciding that you want to give sympathy to the pain of white supremacists; declaring that medieval spaces (IRL or digital) are above contemporary geopolitics; stating that conversations about white supremacy and race are ancillary and “spam”. None of these fix the problem of white supremacy in medieval studies nor make our classrooms an inclusive space for the bodies targeted by the white nationalists—your students who are BIPOC, LGBTQIA, differently abled, Muslim, Jewish, and women.

Chatelain explains in her article: “The basis of the white-nationalist anxiety is that inclusion means erasure, that they are fighting a mass invasion of outsiders into institutions that rightfully belong to whites. They inspire victimhood among their adherents by ignoring the evidence of the durability of white supremacy in the United States, including on our campuses. Most faculty, staff, and administrators abhor this thinking and ideology, but in my experience, they often tacitly endorse ideas that may help create little Richard Spencers” (http://www.chronicle.com/article/How-Universities Embolden/240956?cid=wcontentgrid_hp_2). What medieval studies do you imagine is going to be erased if the field is inclusive? What is so difficult to understand that white supremacists have had a stake in medieval studies for a long time? Medieval studies is the go-to subject for white supremacists who want to uphold their belief about the “pure white” Middle Ages. Feel free to read Derek Black’s discussion of this (https://www.washingtonpost.com/national/the-white-flight-of-derek-black/2016/10/15/ed5f906a-8f3b-11e6-a6a3-d50061aa9fae_story.html?utm_term=.232602f5e80c). So, what are you doing to overtly signal that your medieval studies class is not going to implicitly or explicitly uphold the tenets of white supremacist ideology?

Let us be crystal clear here—medieval studies is intimately entwined with white supremacy and has been so for a long time. Feel free to ask historians of 19th-century Confederate history, the KKK, and the Nazis. They will produce reams of bibliography, material culture, documents, images, etc. for your perusal. Let us be even clearer on this second point: white supremacy is not fringe. This is not a peripheral, tiny subculture problem. They are mainstream—how many can we count in the White House and the current US administration right now (even if Bannon has been fired)?

A striking number of medievalists want to go for some “both sides” argument about the point of view of white supremacists and thus perform the micro-version of the “free speech” debate on college campuses. We have already seen how that has played out after #Charlottesville and how rhetorically that is a dog whistle for racism (https://www.vox.com/2017/8/12/16138896/trump-speech-charlottesville-many-sides). The whole, “I want to sympathize with white supremacists, we should listen to white supremacists, we should have them in our conference spaces,” is flat out a declaration of white supremacist sympathies at the very least, but really a declaration of your belief in white supremacy and the utter white privilege of medievalists.  Please read an academic expert on white supremacy and the issue of ethnography before you decide somehow your research in medieval studies makes you an expert in the KKK/Nazis/white nationalists/white supremacists and that these violent hate groups are just misunderstood men and women who are in pain but really just nice people (http://www.kellyjbaker.com/nice-decent-folks/). Many of the same medievalists want to imagine this is isolated to America and not a global problem, even though white supremacists/white nationalists/Nazis and other such groups proliferate in the UK, Europe, and Australasia (Golden Dawn, the French Election, Brexit and UKIP). My colleague Helen Young recently pointed me to this article among so many others that discuss antifascist action against these hate groups globally: (https://theferret.scot/anti-fascists-shut-down-first-public-meeting-of-new-far-right-group/).

Finally, realize, your BIPOC, LGBTQIA, Jewish, Muslim, differently abled, and female students are terrified of violence from white supremacists. What are you going to do to address this dynamic in your classrooms? White supremacy by inaction and thus by complicity translates into violence—in both speech and action. If you do not signal that you are not a white supremacist or address white supremacy, what do you imagine your most vulnerable students feel? They will absolutely question whether they can speak in your class with safety.

Our old-style position that objectivist neutrality is where medievalists should be no longer works, because it facilitates white supremacists/white nationalists/KKK/Nazis and their horrific deployment of the Middle Ages as we saw in Charlottesville. For several months people have been adding to this partial bibliography, “Race and Medieval Studies” (https://docs.google.com/document/d/18JClsma1BMKYCxvgeWqwPej3ZSCrQXlAlXbL0CdqWmE/edit), and have been discussing in various digital groups and spaces about how to change their syllabi to address the last year of white supremacist hate. Many are frantically preparing their syllabi for the Fall semester. You really have no excuse to address whether your medieval studies is a white supremacist medieval studies or not. You also do not have a choice in whether you are part of this debate because the debate is already prevalent and public. Our students are watching and will make judgements and calls on what side you are really on. I suggest overt signaling of how you are not a white supremacist and how your medieval studies is one that does not uphold white supremacy. Neutrality is not optional. 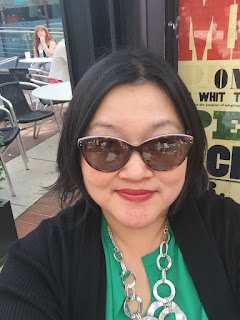