Get Out Your Dolce & Gabbana: Rogues, Faking It, Worlding, Impossible Words, Punctuate This!, and BABEL Turns TEN! 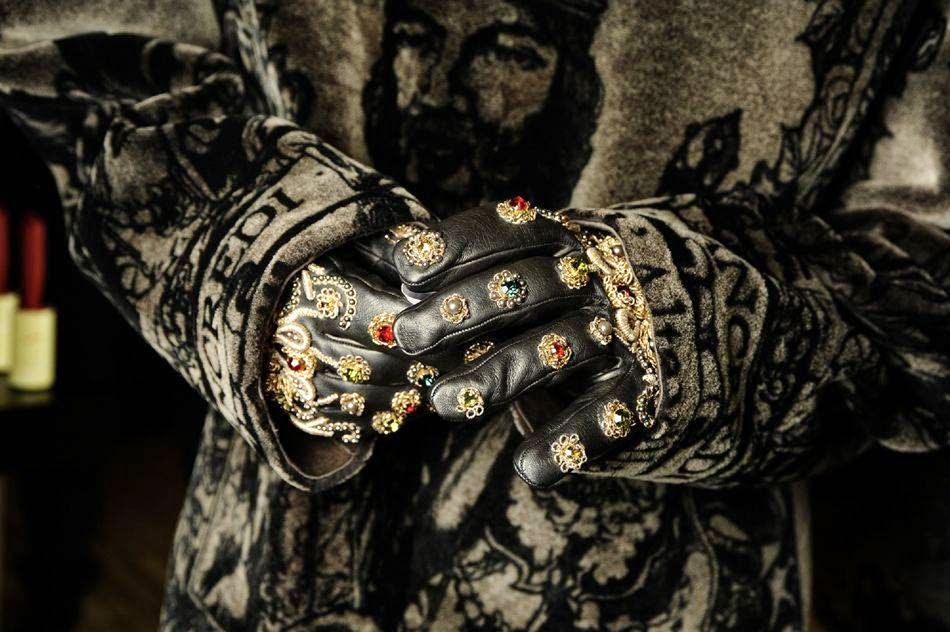 by EILEEN A. JOY

It's hard to believe that the Norman Kingdom of Sicily inspired Dolce and Gabbana's Fall/Winter 2014 collection, but it did [with no mention of Game of Thrones, no less, but ... come on!]. And it's hard to believe that the BABEL Working Group turns 10 this coming May [and that postmedieval turns 5], but they do! What a marvelous convergence of retro-future-medievalist forces: just as we have need of a party to celebrate a very special occasion, along comes this collection. Can we afford these Kingdom of Sicily weeds? NO. But we'll make do somehow.

Which is my way of saying that everyone who is attending the forthcoming International Congress on Medieval Studies at Kalamazoo, Michigan [May 8-11] is cordially invited to join us for our BABELversary + "postmedieval is 5!" Party on Friday evening, May 9th, from 9:00 pm to midnight at CITYSCAPE, just a 2-block walk from the Radisson hotel downtown -- 125 S. Kalamazoo Mall, 2nd Floor [map HERE]. We promise it won't end like the Red Wedding episode of Game of Thrones. Yes, that joke is tasteless. But seriously, it won't end that way. Instead, we're going to give away 100 copies of this [with matches]: 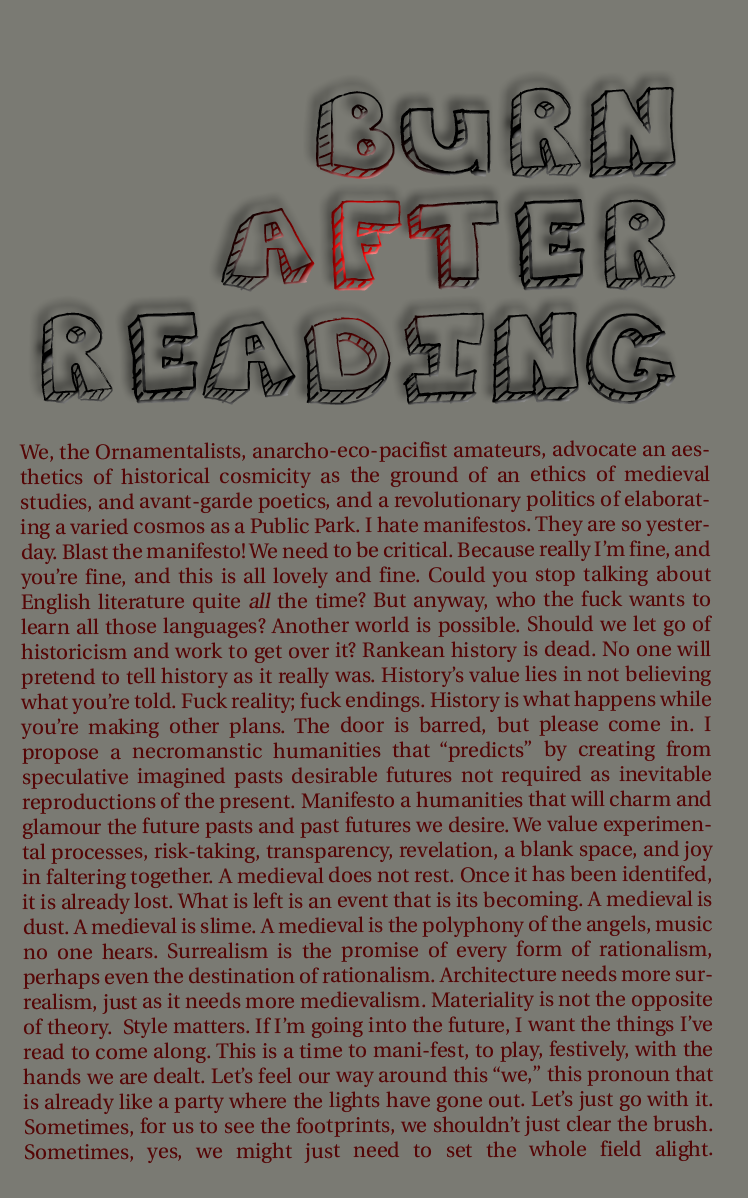 Speaking of which [BABEL + Futures We Want], if you think BABEL and its events and projects are good causes, and if you have benefited in any way from them, can you PLEASE consider donating something [no matter how small] to BABEL's Spring 2014 Fundraising Campaign HERE?

And SPEAKING ALSO OF THE KALAMAZOO CONGRESS, please see below [and mark your calendars for] the various postmedieval, BABEL, Material Collective, GW MEMSI, and ITM-er sessions + social events:

The idea for these 2 sessions (Part II happens Thursday morning as part of the official Congress program) emerged directly from conversations at last year's Congress as some of us found ourselves stuck on certain terms that forcefully resist explication and seem impediments that need to be surmounted. What would happen, though, if we could think with or alongside such difficult locutions rather than attempt to think past them? What if we give up on pinning such words to definitions they will quickly exceed and instead companion the trajectories of their meanings (historical and yet to come)? What happens if you think about this in a brewery in an unofficial (rogue) session?

Rebecca F. McNamara (Univ. of Sydney), Weapons of Self-Destruction: Materiality and Suicide in the Middle Ages

(1989) is structured around the act of a transgressive proofreader who out of boredom and frustration alters the course of history with the insertion of the word “not” in a historical text. By negating a crucial statement in the narrative, the proofreader then sets out to rewrite the history of the siege. The proofreader’s journey imagines the possible and emergent worlds that were produced through the negation of a historical given. As such, the negation of fact, the suspension of disbelief, and the agency of the historical text-as-a-text bring to the forefront the manner in which errors, mistakes, failures, disavowals, or mere ignorance of so-called facts can in fact be more generative as a discursive space than the rigorous adherence to established bodies of academic knowledge. Medievalists must often reconstruct the nature of their objects and audiences in order to produce narratives on visual and literary interactions with their communities, patrons, and artists. This panel proposes to conduct business as usual, but seeks to slash together bodies of knowledge and objects from differing spatial and temporal contexts. Such anachronistic encounters enact sites of critical resistance that operate within the same processes of imaginative and discursive (re)constructions, which a scholar deploys to produce any historical narrative. The “imagined encounter” encourages the scholar to produce scholarship that is socially motivated, rooted in the concerns of their personal present, while still generating a discursive space for critical feedback between the two entities being slashed together -- beyond the positivism of mere cross-temporal analogy or the passing comparison. To put it simply: this panel urges the suspension of disbelief and the negation of historical ‘givens’ in order to construct imagined encounters between medieval things or peoples and other things or peoples from radically different spaces or times. This method can be used to resolve dead ends in a research project, smooth past missing sources, or imagine alternative narratives to stifling realities that are more detrimental than conducive to free thought and discourse.

It sometimes feels as though medievalists are adrift in a sea of phoniness. Our objects of study -- ivories, sculpture, stained-glass windows, texts–often turn out to be lies and forgeries, in part if not in whole. Moreover, each of us has at some time fallen prey to the “imposter syndrome,” the anxiety that we are frauds undeserving of our success, which we dismiss as luck, timing, and unwarranted praise from our peers. For this session, Material Collective invited scholars from a variety of disciplines to explore issues of faking, forgery, and deceit in their objects of study as well as in their practice, in order to consider, among other things: medieval forgeries; the ways that medieval objects deceive modern scholars; the fine line between medievalisms and forgery; the appropriation of medieval objects in new contexts; stumbling blocks on the scholarly path to find the authentic object; and our own perceptions of “faking it” as scholars and teachers.

Maggie M. Williams (William Paterson Univ./Material Collective), Parchmenteresy: What Does a Recreated Medieval Material Tell Us? The Work of Jesse Meyer at Pergamena 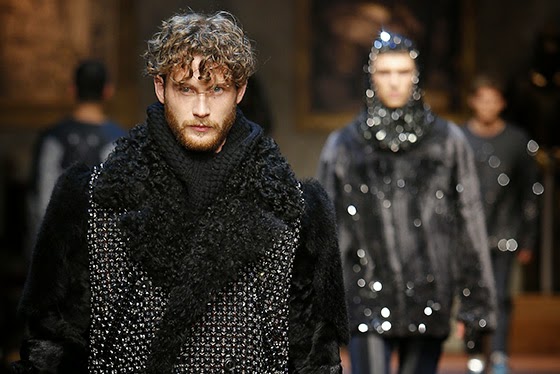 Imagine you live in a world filled with symbols, inscrutable marks, and confusing scribbles. No, you’re not in a literary thriller -- this is our world. Punctuation marks infiltrate and inform our everyday experiences, but they have their own histories as well. They structure, invite, balance, and invoke; they challenge, confuse, limit, and terminate. This roundtable takes punctuation and other typographical marks as the starting point for eclectic and inventive readings or meditations on Medieval Studies. Short presentations will include modern and archaic characters, the ubiquitous and the niche, the intelligible and the cryptic. As Keith Houston writes on his website, Shady Characters, “These shady characters, these typographic raconteurs hiding in plain sight, [are] too good to miss.”

Meg Worley (Colgate Univ. ), The Divorce of Punctuation and Diacritics

David Hadbawnik (Univ. at Buffalo, SUNY),
D’oh: a Brief History of Misusing the Apostrophe and Why Its So Annoying

“Oh what a world, what a world! Who would have thought a good little girl like you could destroy my beautiful wickedness?!” So screams the Wicked Witch of the West after Dorothy splashes water on her in the film The Wizard of Oz. The entire film reflects upon matters of perspective and thwarted/exceeded expectations, of not quite believing your eyes or trusting what you see, of creating contexts for experiences you never could have anticipated. The witch melts, in the end, because of her failure to imagine a world in which both she Dorothy could exist. While the gist of this line accords with the final words the Witch speaks in the book version, the phrase “What a World!” (original to the film) encourages meta-commentary. We are called, as viewers and as readers, to wonder along with the witch how this world -- and such a vivid one at that -- could have been engendered. In this sense, the phrase “What a World!” becomes as much an invitation to engage critically as it becomes a statement of wonder. This session considers all aspects of engendered worlds, but is especially invested in exploring how contemporary notions of “world building” -- so often associated with high fantasy and science fiction -- as well as Heiddeger’s “worlding” (in all its various theoretical manifestations and adaptations) can be appropriated to discuss the creation of fictive worlds in medieval literature. How might the concept of “world building” invite fresh considerations and interrogations of medieval literature? How does it simultaneously reflect the desires authors have to create something new even as they (or their texts) admit the impossibilities of such projects? To what extent do engendered worlds allow and invite contemplation upon the many ways in which humans, as readers and receivers of texts, ineffably participate in this process of creation?

Kristi J. Castleberry (Univ. of Rochester), England by any Other Name: Nominal Topographies in The Tale of Albin

Paul Megna (Univ. of California, Santa Barbara), A World without War: Chaucer and the Politics of Unconditional Friendship

Chris Taylor (Univ. of Texas-Austin), The Once and Future Herod: Vernacular Typology and the Worlds of English Cycle Drama

See you in Kalamazoo! 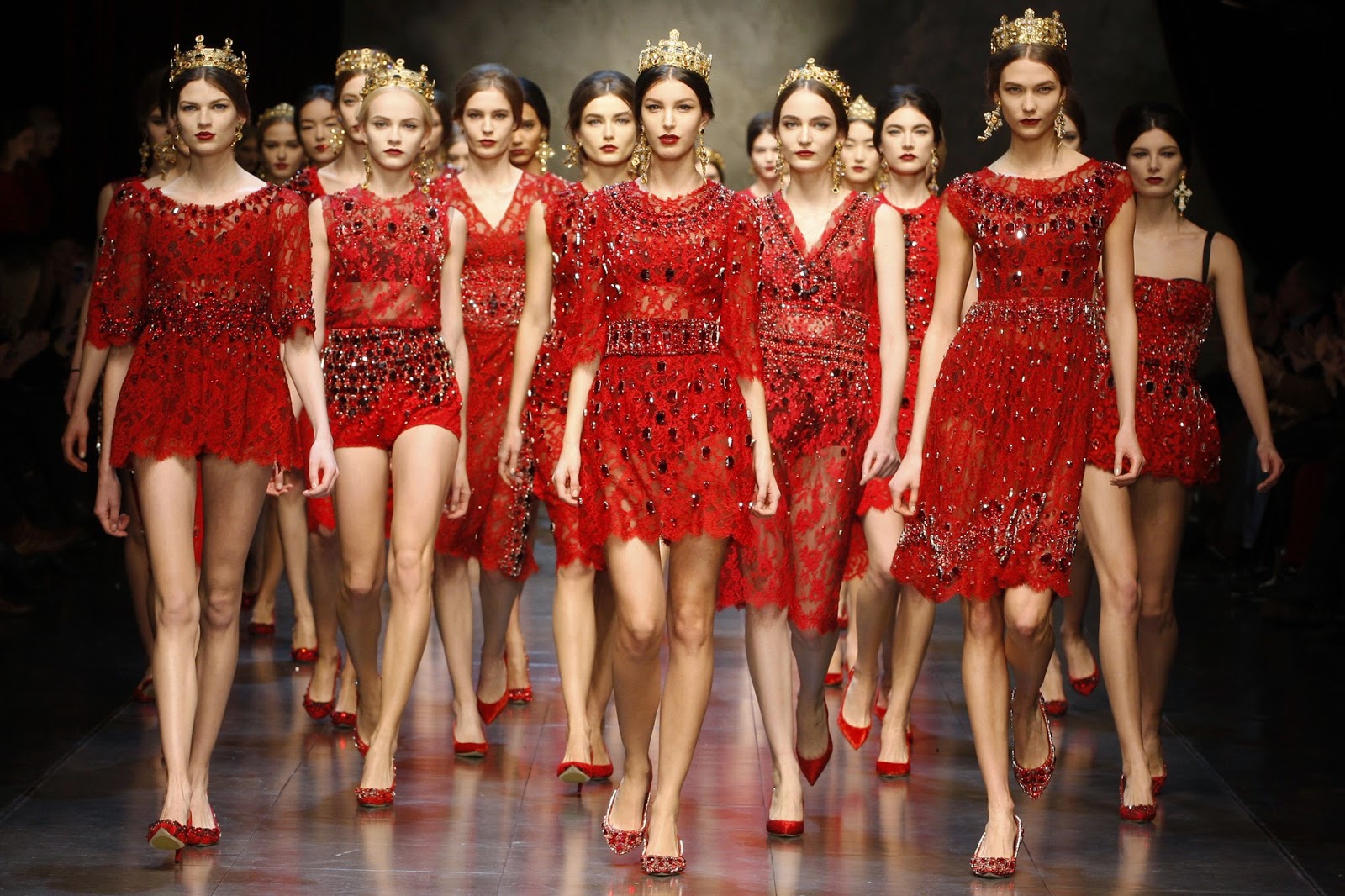