Up next: "Earth" and "Veer Ecology"

This summer comes to an unprecedented close for me a week from today. Rather than enjoy the inrush of eager freshmen to GW as I usually do, I'll be flying to Portland to drop my own son off at college. Perhaps you have been reading this blog long enough to recognize Alex from occasional mentions here when he was much younger (for example here here here here here, as well as once dressed in a knight costume and I can't seem to find that picture). But the older he and his sister got -- and the more professional and communal this blog became -- the less often they have featured, with most of the personal stuff now going to Facebook. Next week Alex departs for Lewis & Clark College for their Environmental Studies program and yes indeed, we are proud of the guy. Can he really be 18?

When we return from Oregon I have a semester of leave to enjoy, so I will not be in the classroom for a while (though I am doing the usual, crazy amount of travel). GW has a program called the Dean's Research Chairs which, should your application be selected, provides a reduced teaching load for three years so that you can either begin or complete a project. I want to share with you what I proposed, since both recently went under contract and are my preoccupation for the foreseeable future. I swore that Stone was my last solitary project, so not surprisingly both books I will be working on in the next two years are collaborative. 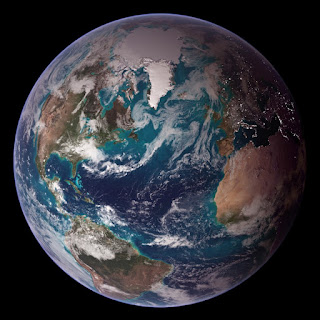 Earth, a book to be co-authored with planetary scientist Lindy-Elkins Tanton, and under contract with Bloomsbury Press for their wonderful Object Lessons series.

This book explores what happens when we think of the earth as an object viewable from space. As a “blue marble,” “a blue pale dot,” a spaceship, an organism, or (as Chaucer described it) “this litel spot of erthe,” the solitary orb is a challenge to scale and to human self-importance. Beautiful and self-contained, the earth suspended in cold blackness turns out to be far less knowable than it at first appears: its vast interior is after all an inferno of molten rock and a reservoir of water vaster than the ocean, a world within the world.

Earth is at once too large and too small. It exceeds human scale, and yet even medieval manuscripts depict the earth as a sphere suspended in space, as if the planet could be known from its outside, could be diminished into a human point of view. From an earthbound perspective, earth is the ground that muddies our hands, a foundation for thinking and creating, and a substance carried in our bodies. Yet the evidence that Earth is also something much larger is offered by the curve of every horizon, and the archive of deep time embedded in stone. From space the earth seems like a green, white and blue globe, serenely gliding the galaxy, but where does this planet end: at its crust? in the exosphere? What do we lose when we think of the Earth as a discrete unit, a singular planet or self-regulating creature? For humanists and scientists alike, earth poses difficult questions of knowledge. How do we know what inhabits its interior -- a hollow space filled with mole people, an iron core, vast oceans? We like to imagine that we can hold the world in our hands, as if it were a plaything, a Blue Marble (as the famous Apollo 17 picture of the earth from space has been called). Or we shrink the planet to insignificance, the “pale blue dot” glimpsed by Voyager 1 in 1990 (or by Troilus in Chaucer’s medieval poem). Yet the Earth is not so easy to diminish into something so bounded and so still. A turbulent and open system, Earth is an object that challenges our creative capabilities. The Earth is something we all think we know – and yet it cannot be known directly, only mediated through digital image and metaphor. The blue marble has a vast and molten core, a domain of inhuman temperature, pressure and time that challenges our confidence that we can know the Earth.

Space is too cold. The earth’s subterranean expanses, the realm below the gliding of tectonic plates, is infernal in pressure and heat. Inhabiting a thin crust between these extremes, we have long explored through story and experiment the questions of spatial and temporal scale that the earth invites. Many of these narratives offer glimpses of the Earth’s future. This book shows how conceptualizing the Earth as a globe with a potentially viewable exterior (a totality) and a mysterious core (a temporality and a materiality that exceeds all human experience) have shaped what we know of Earth, and the destinies we dream for the planet and ourselves.

The book is inspired by a collaborative keynote that Cohen and Elkins-Tanton delivered at the BABEL Conference “Cruising in the Ruins: The Question of Disciplinarity in the Post/Medieval University” (2012). Our talk and live interviewing of each other (“The Deep and the Personal: The Earth, Time, and Thought”) made us realize that we shared obsessions with how to represent and convey scale, the aesthetics of how arguments are made persuasive, the ways in which a beautiful object “earth” might be part of that process (for good and ill), metaphors as both help and hindrance, extinction, deep time, and the ways in which humans are agents shaping the future of the planet. “Earth” would continue that dialogue as a series of letters. We are interested in posing (and answering) questions that do not translate well across disciplines, to provoke each other out of disciplinary norms. Specifically we are interested in what methodologies we might work out for thinking through the twin impulses to render the earth a solitary object viewable from its exterior, and to plunge into the depths of the earth to explore a roiled landscape that (like cold space) no human can actually withstand. It is difficult to give a table of contents at this point, but we do know that the topics we would likely cover include: the long history of depicting the world as viewed from its exterior (including some medieval manuscript images and some engravings from early printed books); the history of imagining what is inside the earth; contemporary 3D technologies for simulating earth and space exploration; the limitations of representing the earth from both its exterior and from within; stones as archives of the deep past and conveyors of earth stories; the use and the dangers of metaphor; the porous interface between theory and observation. Though this all seems rather abstract, we are both committed throughout these letters to foregrounding earth as object rather than using earth as invitation to speak about related themes. 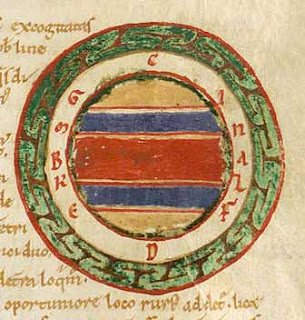 Veer Ecology: An Ecotheory Companion, co-edited with Lowell Duckert and under contract with University of Minnesota Press

Veer Ecology gathers a cross-disciplinary array of scholars to explore through short, provocative essays vital terms for practicing ecological and environmental theory. This book is a companion in a dual sense: a ready partner and fellow traveler; a handbook, vademecum, and invitation to explore. In both these functions Veer Ecology aims not to provide encyclopedic overviews and definitive accounts, but to imagine possible futures for the environmental humanities.

Ecotheory is an emergent field that makes use of recent advances in philosophy, anthropology, sociology, literature, sustainability studies and cultural studies to deepen our understanding of how we can better frame our ethical, historical and cognitive relations to the world, especially at a time of anthropogenic climate and resource crises. It is born of the intersections among environmentalism, green studies, critical theory, literary studies, and the new materialisms (material feminism, object studies, vibrant materialism, and so on). Literature, history and the arts bring to environmental science a long conversation about the relation of human activity to the non-human world. Working against the cementing tendency of a research companion or a would-be definitive account of a field, the terms collected here are all verbs (to stress ecological activity and relations rather than states of being). Ecotheory is a ceaseless spur and a doing, not the concretizing of an extant body of knowledge into perduring form. A thoughtful response from the academy to the states of emergency in which we increasingly find ourselves, ecotheory urges an ethically complicated understanding of the enmeshment of the human within the natural world. Because of its origins in ecology, ecotheory cannot be separated from multi-modal forms of activism. This collaboration therefore aims for catalysis rather than mastery, incitement rather than codification.

The collection’s title plays upon the root verb within “environment”: French virer means "to turn.” Veer Ecology responds to environmental studies' intensified interest in directionality over the last five years: an “animal turn,” “material turn,” "geologic turn" and “hydrological turn" (among others) designate some incisive investigations into how the ecological works. This collaborative endeavor takes the ecological action or “turn” of ecotheory literally. Far from merely “environing” the human in anthropocentric ways (Michel Serres’s worry about “environment” in The Natural Contract), veer ecology acknowledges a world full of non/human and in/organic things that suddenly, and unpredictably, go off course. They act, they drift, they swerve and resist. In deviating from human domination, they change the course of other beings in ways catastrophic, pleasurable, orbit-changing. Besides a sudden change of course, subject, or direction, “veer” describes wind's movements across a compass or weather vane. Though wind is not the only sudden substance in the world, its veering suggests another meaning embedded in the word, conveyed by the relation of French virer to medieval Latin gyrare: to spin, encircle, environ, whirl as a vortex. As the increased intensity and frequency of storms like Sandy has made evident, climate does not conform to a bounded system or circle (it cannot be encompassed). The human becomes de-centered, part of a turning that is environmentality. Instead of indicating only an epistemological turn, veer ecology stresses the agency of forces and things to change course — of inquiry, weather, bodies, desires — with shared, material impacts. This collaborative book is therefore not a compass or closed system of points: each word is a direction for us to take to yet more positions, veerings that might make the ontological, epistemological, and ethical positions we take with the world move (affectively, cognitively, materially), curve, sheer, converge, converse.

Posted by Jeffrey Cohen at 4:03 PM