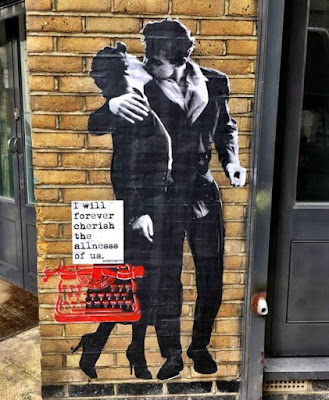 Hello everyone, and a very happy new year to you. My wishes mostly involve hope and I have conveyed them as best I can here.

So. 2016 was an energetic twelve months here at In the Middle. We're happy that this little electronic space has offered a resource for thinking about the humanities, especially in troubled times, and we are grateful to you for your support. Believe it or not the blog turned ten years old last January -- in fact it's now almost eleven (tempus fugit!). This site has been visited 2,886,727 times as of this moment. Something like 50-75,000 page views occur each month, with visitors concentrated in the US, the UK and Canada but otherwise arriving from around the world.

We published our most popular blog post of all time in December, a magnificent guest essay by Sierra Lomuto on White Nationalism and the Ethics of Medieval Studies that has been read 20,000 times to date. Our second most popular post -- ever! -- is this year's timely guest piece Not Subtle; Not Quaint by Sonja Drimmer and Damian Fleming (accessed 11500 times). Third is a post by Laura Saetveit Miles on The Ethics of Inventing Modernity: Stephen Greenblatt’s The Swerve (10000 page views). For some context, consider that most scholarly books have an initial print run of perhaps 200 copies; journal articles may reach even fewer readers, depending on venue. We consider In the Middle to be a shared, communal space and we are therefore very happy that these guest posts have resonated. We hope to keep them coming in the months ahead. If you have ideas, contact a co-blogger.

Here are a few highlights from the rich year that has passed. My theory is that difficult times engendered a great deal of energy here, as you'll see from the themes. Let me know what I've missed, especially if you had favorites that did not make this idiosyncratic list -- and feel free to link to other blogs and their important posts in the comments.
Allow me to end with my personal favorite post of the year, The Story I Want to Tell. The piece was cathartic to write, and I returned to it recently as a ward against despair. Let's all attempt to tell better, more challenging stories in 2017. We need them.