Hang On to the Emails: Collaboration Across the Divide, In Life and In Death 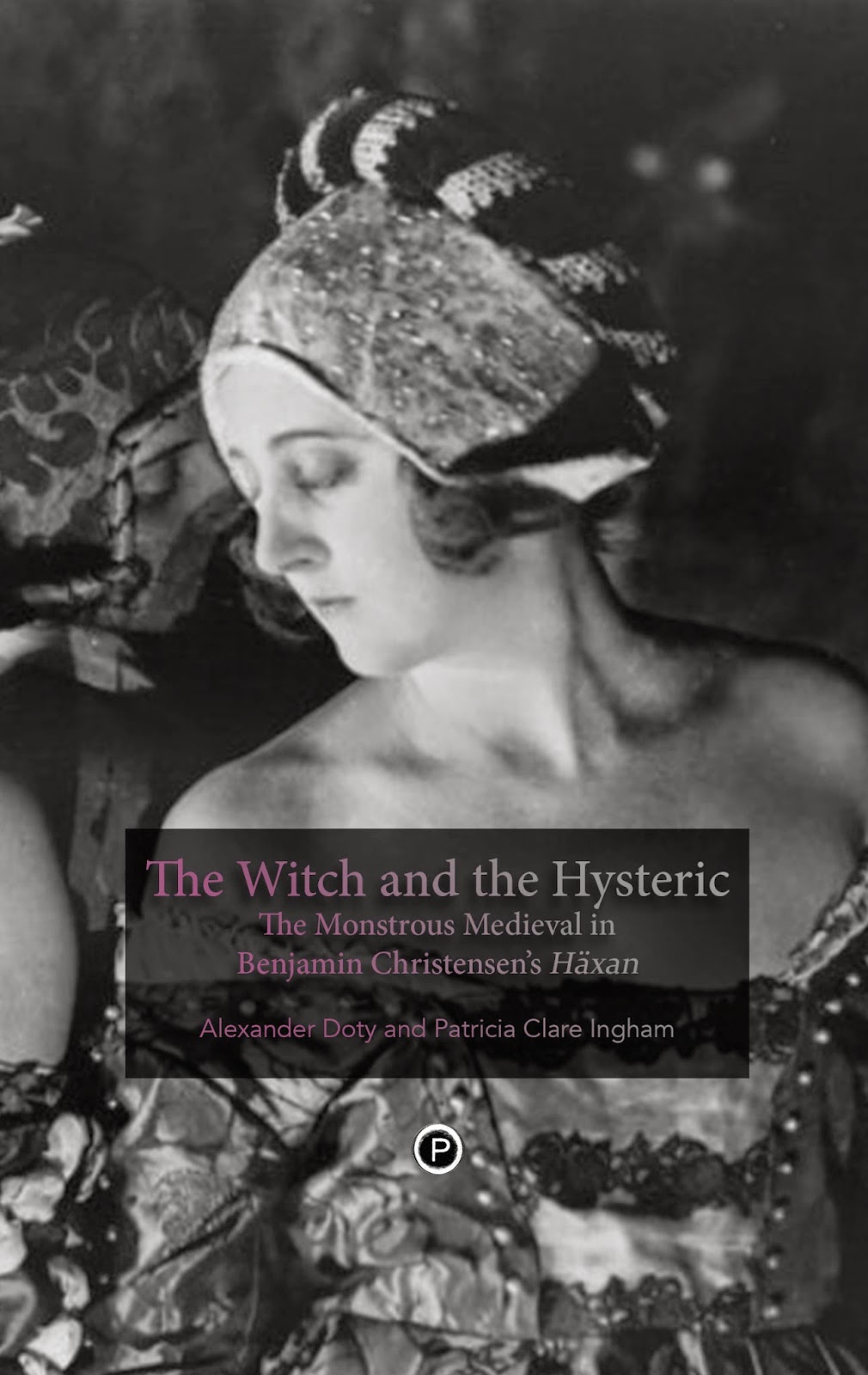 I am thrilled to announce today the publication, by punctum books, of The Witch and the Hysteric: The Monstrous Medieval in Benjamin Christensen’s Häxan, co-authored by Alexander Doty and Patricia Ingham. As part of punctum's Dead Letter Office series, this book means a lot to me in terms of a certain niche that I hope punctum is helping to develop and cultivate: shorter-form work that is brilliant and creative, but very difficult to classify in terms of scholarly genre, and even in terms of audience, and that is also longer than a traditional article yet not long enough to constitute a book-length project. In this sense, works within the DLO series are like "missives" that have no fixed addressee, and I think many of us have projects like this, almost finished or half-finished [and half-baked], that we cared enough about to research and write up to a certain point, but could never fathom where they might be sent. We write a precis version of the work, maybe even present it at a conference or two, and then it lands in the dustbin of a hard drive, or in a drawer somewhere. Maybe we even expand upon it and "finish" it and send it to a place or two, but the response is something like, "this is smart, but we can't quite figure out how it fits within the parameters of X and Y subject area, or X and Y methodology, or X and Y temporal period."

Alex and Patty's book proceeded in a similar fashion -- beginning with an co-hatched "idea!" in 2000 and a cross-disciplinary team-taught course [medieval studies/film studies] at Lehigh University in 2001, and then a co-authored article on Val Tournier's film Cat People as a result of that course, and then the idea for a book on Christensen's Häxan, with many starts and lapses and re-starts and lapses until beginning the work again in earnest in 2012, when they completed a manuscript and sent it to punctum for review. Crossing back and forth between medieval studies, early modern studies, film studies, psychoanalysis, monster studies, gender and sexuality theory, and cultural studies more broadly (of both a medieval and modern bent), The Witch and the Hysteric is especially singular as well for representing a collaboration between a medievalist [Patty] highly regarded for her work in psychoanalytic and post-colonial medieval literary studies and a pioneering queer cultural studies theorist [Alex] who wrote seminal books on queer film theory and gay culture. Collaboration within specific disciplines and temporal fields is not unusual [although it is more rare, perhaps, than we might like, partly because it is not "rewarded" in the same way as single-authored work, but I also hope this is changing], but collaboration across disciplines and temporal periods is not something we see very often -- one imagines that there are certain difficulties, but also immense pleasures [and long-term benefits], in undertaking such a collaboration, as Alex and Patty did [and more than once!]. Such a collaboration would have to become and be, on some level, also a friendship [if even difficult at times] and might even begin in amity and mutual admiration and friendship, as Alex and Patty's did.

And what if the friend and collaborator suddenly departs in the midst of collaboration, as Alex did, when he was struck and tragically killed by a motorcycle while vacationing in Bermuda in August 2012, just 2 weeks before punctum sent Patty 2 readers' reports on the completed manuscript along with a green light to publish the book after some revising? Although it was a difficult decision, Patty decided to undertake the revisions on her own, but always with Alex's "intimate, winking, writerly voice" in her ear -- not at all an easy task, fraught with doubts, and in Patty's words, "exquisitely painful." From the standpoint of punctum's editorial offices, the resulting work is a smashing success, if also tinged with the sadness of Alex's loss, and we asked Patty if she would be willing to write a post for us here at In The Middle on the difficulties [and joys] of a long-running and also suddenly fractured collaboration. Happily, she agreed, and we publish that here today on the occasion of the book's publication: