[I invited Lowell to compose this post for ITM because his innovative ways of teaching ecology and environmental theory as part of graduate and undergraduate classes deserves emulation, tying global crises to local histories and rethinking pedagogical space. It's been an honor for me to have been collaborating with him for the past few years. I've learned a great deal from both his creative praxis and his generosity of living and writing. Lowell is an assistant professor of English at West Virginia University. He taught GW's very first environmental literature course while here as a graduate student. I hope this piece inspires you as much as it did me. -- JJC]

So let’s get fated and outcast together. Not as an experiment in reckless fatalism or as a collective abandonment of our hopes, but as the crafting of a more heightened sense of the co-melancholic implication of pretty much everything…This is a civic project. And it is a hopeful one. (Eileen A. Joy, “Blue,” from Prismatic Ecology) 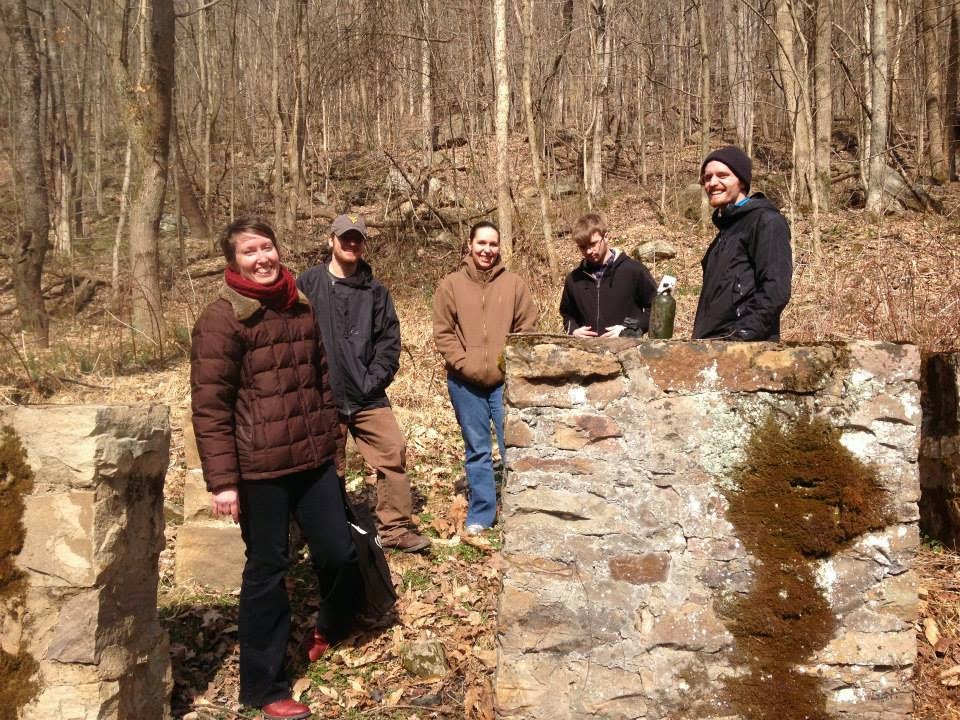 It’s hard to believe that two weeks ago I began my third year at West Virginia University. I was hired to teach Shakespeare, and so far I’ve taught him every semester, but I’ve also been given opportunities to engage my other research interests in environmental criticism, ecotheory, and travel literature. (Or all at once: I’m teaching “Ecology without Shakespeare?” right now.) On every syllabus I include a statement that reads something like this: how can past works of literature not only resemble the present, but influence it, and consequently bring about livable futures for as many human and nonhuman beings as possible? Lately I’ve been thinking about how premodern descriptions of ecological ills, whether or not written by authors we would now deem “writer-activists,” might actually invigorate environmental justice and health movements today. These ethical thought experiments are often unsettling for my students, which is the point; opinions are freely given, some more passionately than others, which typically lead to (respectfully) stimulating discussion. I’ve always been inspired by Lynne Bruckner’s article “Teaching Shakespeare in the Ecotone,” an ecocritical effort, she says, that “requires something new from us—a deliberate heterodoxy, a willingness to take risks and break rules, a commitment not only to examining our own historical, material, political selves as we really live in the world, but also asking our students to do the same.” (A requirement, to be sure, that doesn’t just apply to Shakespeare.)

Like many places, West Virginia is a precarious ecotone, and it’s been a challenge getting to know my new home in- and outside the classroom: it’s the second-poorest state in the country; chronically divided over energy production and consumption (coal keeps the lights on, but coal also kills); red politically but blue psychologically; predominantly white with racism directed towards other whites (“trash”) as well as persons of color; glorified historically as a sacrifice zone for the nation’s industries but a resource colony in reality; whose workers’ demands for unionization led to the only time in history (so far) that the U.S. military has bombed its own citizens (The Battle of Blair Mountain in 1921). Every week the amount of explosives used in the surface-mining technique known as mountaintop removal (MTR) equals the amount of force that leveled Hiroshima. A chemical spill in the capital city of Charleston earlier this year left three hundred thousand people without water. My university is supported by funds from environmentally harmful companies. And yet my students are often the first in their family to attend college and bring with them an enthusiasm for change; the region is astoundingly beautiful, containing some of the oldest mountains and rivers on earth; a deep-rooted Appalachian identity has compelled many to stay and improve the lives of both human and nonhuman residents, together.

In the fall of 2013 I took my graduate Shakespeare class to Kayford Mountain, an active MTR site just south of Charleston. We read King Lear and selections from the PMLA “Sustainability”cluster to think about how (and even why) to carry on in a post-sustainable, eco-catastrophic world. Standing on the brink together with our guide, an environmental lawyer and organizer for the Keeper of the Mountains Foundation, we witnessed the destruction firsthand. I was surprised when the visit didn’t have the impact I expected. Many (but not all) of my students were frustrated with the experiential learning requirement of the course, the unusual nature of the subsequent assignment (to put Lear in conversation with the rhetoric of post/sustainability and their own feelings atop the mountain), and the idea that I was forcing them to become “activists.” I was downtrodden, to say the least, to the point where I honestly reconsidered having any environmental engagement in future courses. But I talked through it with others (thank you); I gleaned (what little I could) from my course evaluations; I revisited some of my favorite sections of the state; and I added details from the trip to “Earth’s Prospects,” my contribution to the Elemental Ecocriticism volume Jeffrey and I are co-editing. Most importantly, I prepared myself for a new class I had proposed for the spring semester: “Environmental Criticism,” an introduction to ecology and literature for undergraduates.

I paired each primary text with a style and a color of ecotheory: think of a “Pink” and “White” Frankenstein with a queer-ecological bent. This time, however, I tweaked the experimental learning component: because all (five) of my students were native West Virginians, I assigned them colors one would commonly associate with the state: “Blue,” “Black,” and “Grey”—a palette of struggle. “Blue” granted us the optimism of empathy, of cohabiting another’s melancholia as a way forward; “Black” the denigrated color of coal and of skin, but also a presence that speaks of inextricable absorption within a “wilderness” of relations; “Grey” the ashen bodies of abject laborers, zombie miners, the objects of dehumanization. One of my students was (and still is) an activist in the southern coalfields, and with his and his friend Catherine’s help, I arranged a daytrip for us to the abandoned mining community of Nuttallburg along the scenic New River. Nuttallburg was like many boom-and-bust coal towns: founded in 1870, its citizens manufactured coke (a high-carbon fuel made from coal) until diminishing demand closed the mine once and for all in 1958. But what makes Nuttallburg more unique, and more troubling, is the fact that it was racially segregated. I had designed the course to ask precisely this question about which beings are allowed into the oikos of ecology, and what’s at stake when the commons is de/limited: why are certain human and nonhuman voices unquiet and others are quieted, why are some heard and others ignored? To help us dwell on this (unapparent or purposefully forgotten) aspect of the river gorge’s history, we stopped at the African American Heritage Family Tree Museum in Ansted and met its curator, Norman Jordan. Not only was Carter G. Woodson, he told us, the founder of Black History Month, but he was also a West Virginian who mined Fayette County as a young man. Before we left, Norman read us a few of his own poems, after which I asked him why he thinks many people (myself included) are unaware of the area’s (and even the state’s) African American ties. He replied through his art: “Poetry,” he said, “is about telling stories.” 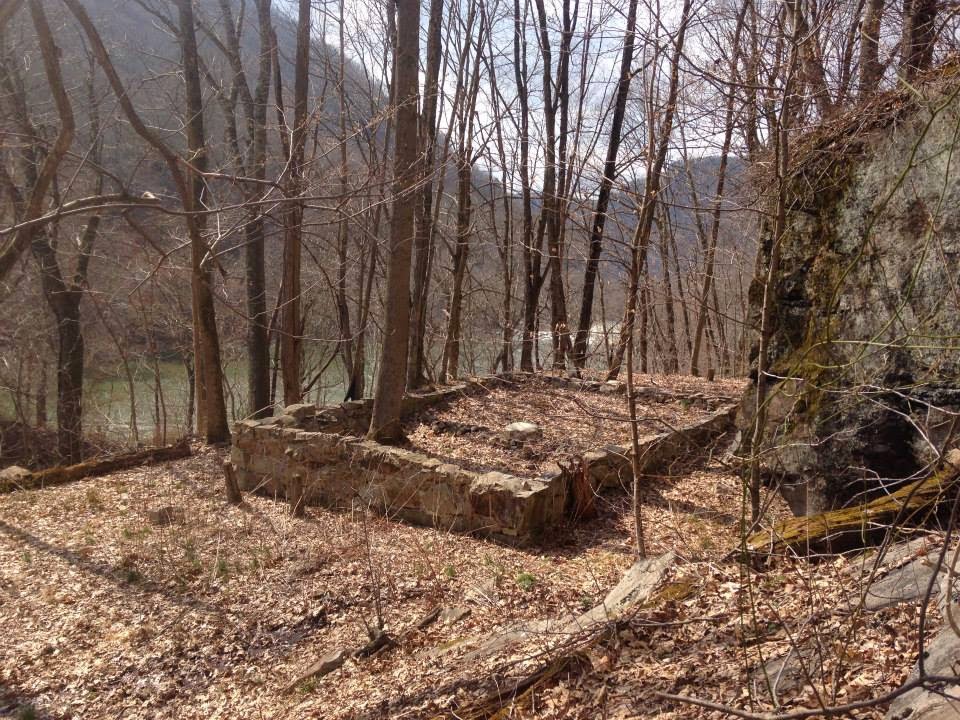 Telling stories. My students and I, guided by Catherine, thought about Norman’s response as we stood next to the foundations of Nuttallburg’s “Black School” and “Black Church.” It was a beautiful early spring day; the wind was the only noise we could hear. We talked about the interpretive sign’s disturbing language: African-American miners had a tough life, but “slavery was worse.” When we crossed Short Creek, the trickling line that separated the camps, it felt ridiculous to us that something so small could divide races, and at the same time we thought about the real danger that the small stream would’ve posed. We passed the coke ovens and imagined what the heat and smoke must have felt and tasted like, and how fragile, how illusory, the romanticized notion that men went into the mines different colors, but they all came out the same truly was. The coal tipple led our eyes hundreds of feet up the hill to the mine. About an hour later we stood, sweating, next to warped and rusted pieces of metal with leafy offshoots, vegetable-mineral machines of no more use. Pieces of coal littered the ground. We peered into the mine’s mouth as far as we could, trying to look beyond the boulders that were deliberately placed there to block our entry. It was cold. And although together, it felt lonely. Fated and outcast. 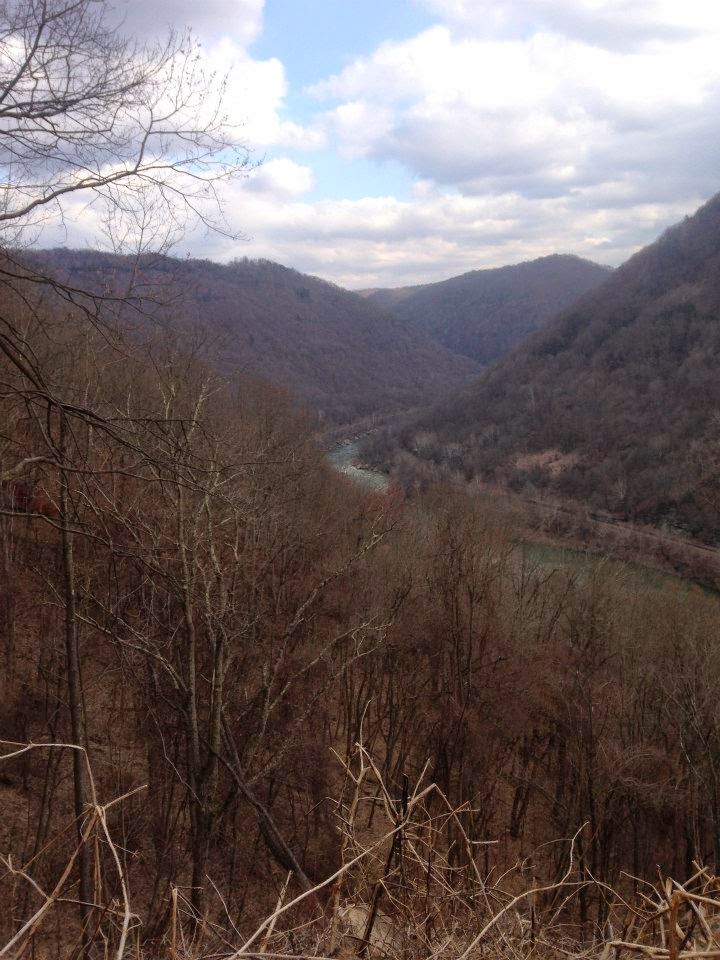 On the way down the hill, the New River looked as scenic as ever, and yet I could tell that our relationships with the riverscape had gained unexpected, and necessary, complexity. Later that evening the mood lightened as we enjoyed dinner together in the nearby town of Fayatteville. The trip set the tone for the rest of the semester – one of my favorite classes – for it helped us think about the stories that are told and are yet to be told, their potential to intervene in our lives (including our policies), and who cares, or is willing, to listen. It was a long two-hour drive back to Morgantown. I like to think that it was a hopeful one.

May we all offer something new from ourselves this semester, in every tone and any form imaginable. 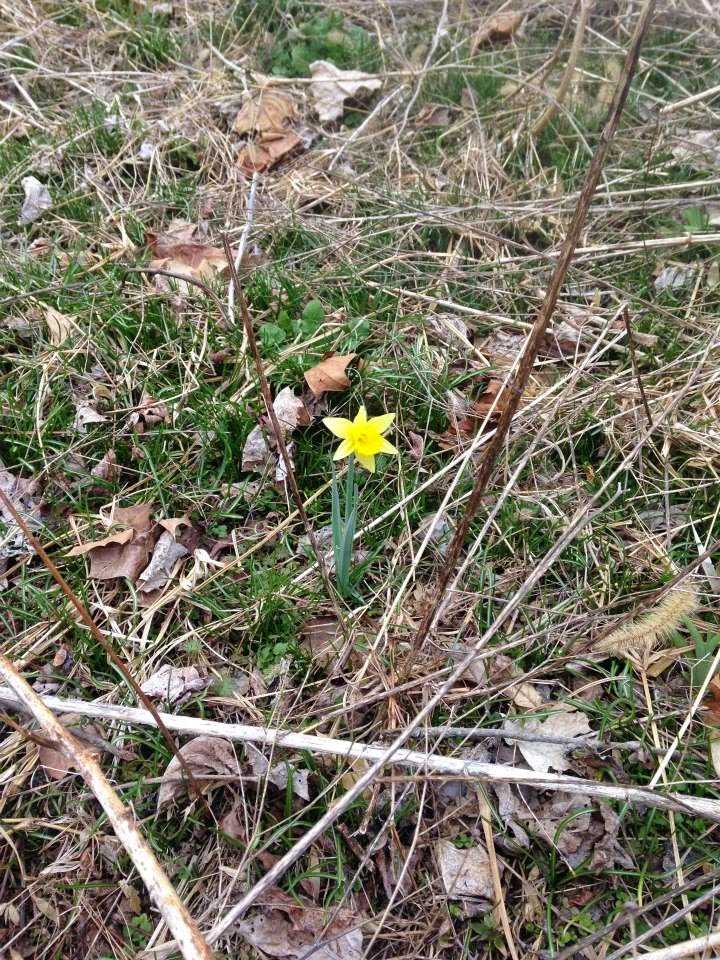 Posted by Jeffrey Cohen at 7:32 AM

Really fascinating stuff! As a fellow teacher of Shakespeare, I'd be very interested in hearing what kinds of connections came from teaching Shakespeare in this kind of context. What ideas did you and your students develop about how Shakespeare study might help "bring about livable futures?"

Thanks, mbruce! In general, we considered how premodern theories of geohumoralism speak to modern problems of environmental health. Stacy Alaimo's work on "trans-corporeality" in particular helped us explore the material co-constitutiveness (never division) between bodies and environments. In a state like WV, political and ethical responses tend to be split between human (worker) and nonhuman (the worked upon), so by examining plays like Pericles and The Tempest -- that emphasize watery encounters and bodily transformations -- we imagined what a more expansive, non/human political ecology would look like. (Richard II served as an example of a delimited anthropocentric system in which the earth is "wound"-ed, continually, by civil war.) Environmental justice groups forcibly point out the growing cases of environmental sickness in the region. We asked: how might literature (Shakespeare and otherwise) be another vehicle to convey these stories, tales that include the voices of both coal and coalminer? What might it mean to "speak for" (on behalf of) coal? We left with more questions than answers. (Send me an email if you'd like to carry on the conversation: I'd be happy to do so!)