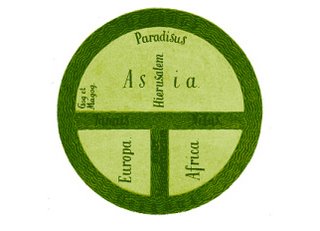 The English department at George Washington University is delighted to announce its new graduate concentration in Medieval and Early Modern Studies. The concentration has been formed to take advantage of university-wide faculty strengths in these areas as well as the rich resources for research available in Washington DC (most notably, the Folger Shakespeare Library, the Dumbarton Oaks Research Library, and the Library of Congress).

The concentration takes as one of its starting points the recognition that England is in large part constituted by, and bears the traces of, what is supposedly outside it. “England” is not a singular, self-contained entity, but a hybrid, shifting, imagined community that is defined and redefined in the liminal contact-zones of religious schism, war, global trade, immigration, transnational disease, colonization, and eventually empire. To study “English” from the 8th to the 17th centuries doesn’t just mean reading literature written in England during that time. It is to read also for the often elusive traces of exchange and conflict between England and its pan-insular British others (Scotland, Wales, Ireland), its continental allies and rivals (France, the Low Countries, Spain), its non-European trading partners and adversaries (the Ottoman Empire, Persia, North Africa) and, eventually, its foreign trading colonies and factories (Surat in India, Amboyna in Indonesia, Jamestown in Virginia).

An innovative curriculum that brings together the two periods is currently being introduced. Seminars focus upon religious, racial, sexual, and gender identities as well as material culture in global networks of commerce and conquest; they seek also to bridge – and question – the period divide between “medieval” and “early modern.” Recent and upcoming seminar offerings include:

• Writing, Race and Nation: The Archipelago of England
• The Empire of Things: An Early Modern Genealogy of Fetishism
• The Time of Theory: Temporality from Christian Typology to Post-Colonial Ethnography
• Conceptualizing Genders: Ravishment and Sexuality in Medieval and Early Modern Culture
• Becoming Indian: The Early Modern Writing of Asia and the Americas

Students are also expected to take some of their coursework through the Folger seminar series.

Faculty members who regularly teach our medieval and early modern studies graduate courses share many interests and have published widely:

• Jonathan Gil Harris is the author of Sick Economies: Drama, Mercantilism and Disease in Shakespeare's England and Foreign Bodies and the Body Politic: Discourses of Social Pathology in Early Modern England. He is also the editor, with Natasha Korda, of Staged Properties in Early Modern English Drama and the associate editor of The Shakespeare Quarterly. His current book project, Untimely Matter: Reworking Materiality in the Time of Shakespeare, examines the dense relations between materiality, temporality, and cultural difference. His research interests include early English drama; the body and disease; identity and time; transnationalism; economic history; and critical theory.

• Jeffrey Jerome Cohen is the author of Hybridity, Identity and Monstrosity in Medieval Britain: On Difficult Middles; Medieval Identity Machines and Of Giants: Sex, Monsters, and the Middle Ages. He is the editor of Thinking the Limits of the Body (with Gail Weiss); The Postcolonial Middle Ages; Becoming Male in the Middle Ages (with Bonnie Wheeler); and Monster Theory: Reading Culture. His research interests include postcolonial approaches to the past; identity, corporeality and subjectivity; critical theory. His current research project is entitled The Archipelago of England, and examines how medieval England was haunted by the multicultural, polyglot Britain from which it emerged.

No Anglo-Saxonist? No Germanist at all? For shame!
I do know a late medievalist grad student who's shopping around for a new department, though. I'll let him know.

We are hiring a new medievalist in English right now, the History dept. is also hiring a medievalist, next year we aspire to make another early modern hire ... so we are best described as growing our strengths. Not a bad thing, considering that at so many institutions these are the areas being cut.

OK! I'm ready to come home! Where do I sign?

Now now Liza, any more of us at GW and you will go mad.