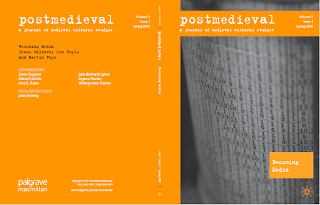 Figure 1. cover layout for an issue of postmedieval from your future

It's very exciting to share that yesterday, at the annual awards luncheon of the American Publishers Association, held in Washington, DC, that postmedieval: a journal of medieval cultural studies was awarded the 2011 PROSE Award for Best New Journal in the Humanities & Social Sciences. It feels good, especially if we want to believe [and I do] that this award might place a little spotlight on what I think has been true from way before the advent of postmedieval -- that medieval studies as a collective field and set of interrelated disciplines has been developing for a while now some of the most theoretically informed, historically capacious, socially committed, and creatively adventurous work within the humanities.

At the risk of sounding corny, it takes a village to raise a journal. There have been several reviews lately of the journal's overall project and its inaugural issue in particular ["When Did We Become Post/human?" edited by myself and Craig Dionne], appearing in Medieval Feminist Forum, Studies in the Age of Chaucer, The Medieval Review [TMR], and elsewhere, and these reviews have said some really positive things while also offering some really good constructive criticisms and cautions that the editors have taken to heart, but what I was thinking of most today is how almost everyone has remarked, approvingly, upon the look and style of the journal [its covers, layout, etc.] and that has reminded me, especially today, of how we came up with the cover design and look of the journal: by crowd-sourcing it! In May of 2009 we asked readers here at ITM and also friends on Facebook to help us design the cover; Palgrave provided initial designs, of course, but they needed major tweaking and over 50 persons helped us do that. It was a lot of fun to do it that way, actually, and I just want to thank everyone who helped with that again. For me, this has also meant that, from the very beginning, the journal has been a little bit like a delightfully boisterous party, and I like that.

It's also really important to say here that, other than the inaugural issue, when we initially launched the journal we really had no definite concrete ideas regarding the issues after that one, and we really depended on the assistance of Board members and others who came to us early on with ideas for essay clusters and special issues, and so we are really indebted to our friends and colleagues and to the collective will and spirit that animates this project. And what I am really trying to say here is: the PROSE Award is really theirs because it was based on the content of the first two volumes of the journal [2010 and 2011]. We are also really grateful to those from outside of our field who jumped in, sight of the journal "unseen," so to speak, to think and write alongside us, and who believe, as we do, that the so-called "Middle Ages" and modernity are in richly and endlessly complex and critically productive relation to each other. In short: thanks to all. Or rather: congratulations.
Posted by Eileen Joy at 9:23 PM

congrats to you ej, often takes a seed crystal for these things to take shape.
-dmf