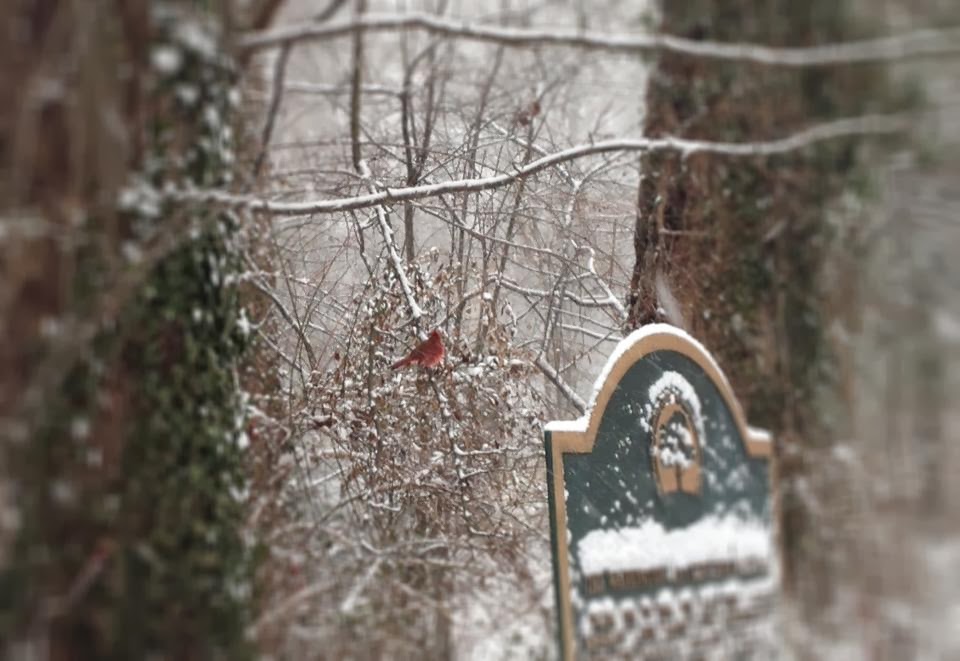 The beginning of the spring semester has been rough. I'm teaching two courses I love: "Myths of Britain" (a reconceived Intro Brit Lit 1) and "Medieval Literature" (a postcolonial-inflected tour of the literatures of the British archipelago). Both are filled to capacity, and the students seem eager. But coming directly from the MLA convention in Chicago to teaching these courses means there has not been much in the way of downtime lately, especially because Stories of Stone is due to press Feb. 1 -- and I have many administrative obligations at the moment as well.

So I was not sad to have an unexpected snow day. I got up early to run before the storm, then headed to campus before the kids were awake. On my way I stopped at the undisclosed location at which I used to write, a place I haven't been able to visit since this semester's 9:30 AM class came along. There I drafted the epilogue to my book (and said hello to the people who work there; I've missed them). I went to my office to revise the syllabus for each class and accommodate the snow day (Sir Gawain and the Green Knight will suffer as a result). I processed all the receipts that I needed to allocate and document for MEMSI, a two hour task. I straightened my desk and filed my stack of accumulated papers. And for the first time in a very long time, I caught up on email. Then I headed home to sled with the kids, both of them. 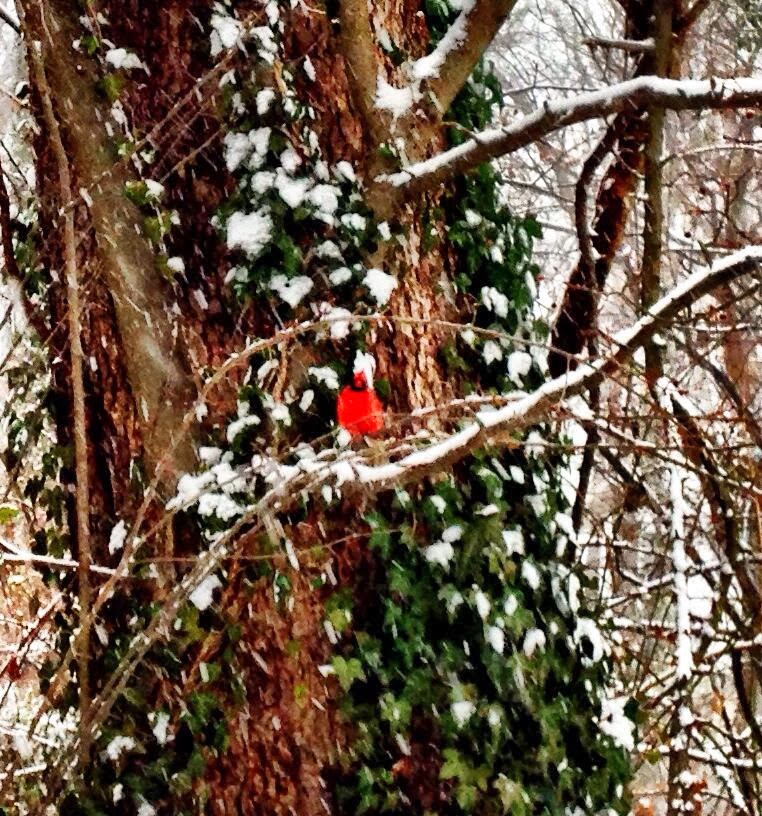 As I walked to my house from the Friendship Heights Metro station, I cut through an abandoned park that follows Little Falls stream. This tiny tributary of the Potomac is the victim of mismanaged urban planning: much of its course flows under large roadways and behind very tall apartment buildings, often with its native rocky bed replaced by concrete culverts in order to facilitate rapid drainage. Yet every now and again the stream reasserts itself. As the waters flow through a patch called Willard Park, the terminus of a streetcar system that connected Friendship Heights to downtown DC in the late 1800s, they emerge from an industrial shaft and purl along small boulders before vanishing beneath a busy street a half mile away. A small forest of tuliptrees, oaks and bamboo grows alongside the stream. Ducks cluster in the brisk water, and deer somehow find their way to the banks from time to time. I like to walk through Willard Park because it reminds me of how the land once was, how it might be again. That it is surrounded by apartment buildings taller than any in downtown DC adds to its oasis-like feel. It is no Eden: clearly the stream follows a bed that was altered for the vanished streetcar tracks, and its flow is so swift because of human engineering. Invasive species (bamboo, porcelain berry, kudzu) overwhelm native plants. The deer are often struck by cars and buses because they must cross a busy road to enter the little woods.

I write all this because as I walked through the little park on my home from campus today, the place seemed transformed. Snow will do that. The falling white hushed the traffic. A cardinal sat on an oak branch with ivy, and I thought about Sir Gawain and the Green Knight. I stood on a small bridge that crosses the water and I took many pictures. It felt good to pause.

This year brings a significant birthday my way. On the way back to DC from MLA in Chicago, I thought about how busy I've been of late. I'm happy with the projects I've worked upon, and the years ahead will see numerous publications important to me personally and professionally. I was glad to see Prismatic Ecology so well received at MLA, and enjoyed the conference. But as I decided on the plane, and as today's moment of quiet in the snowfall reaffirmed, I feel the need for what I am calling an Epochal Pause. That, I think, will be my gift to myself in November, as a birthday present: some time off from traveling and writing commitments, a fallow stretch, a catching of the breath after many years of running. 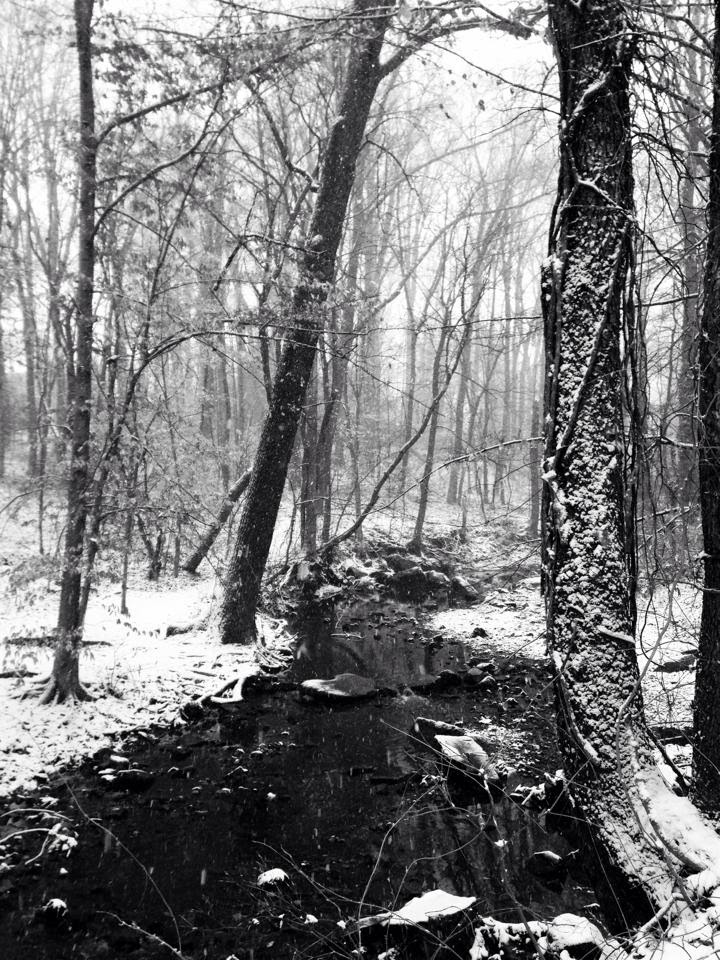 I've already been saying no to commitments that would have stretched into this period. It would not be all that long: I'm going to New Zealand, after all, in the summer of 2015 to keynote a conference there. But some time away from the demanding structure I've organized my life around will be a good thing, a significant gift. I hope I can actually give it to myself.
Posted by Jeffrey Cohen at 5:33 PM

You deserve a break, Jeffrey, and no doubt will be stronger for it.