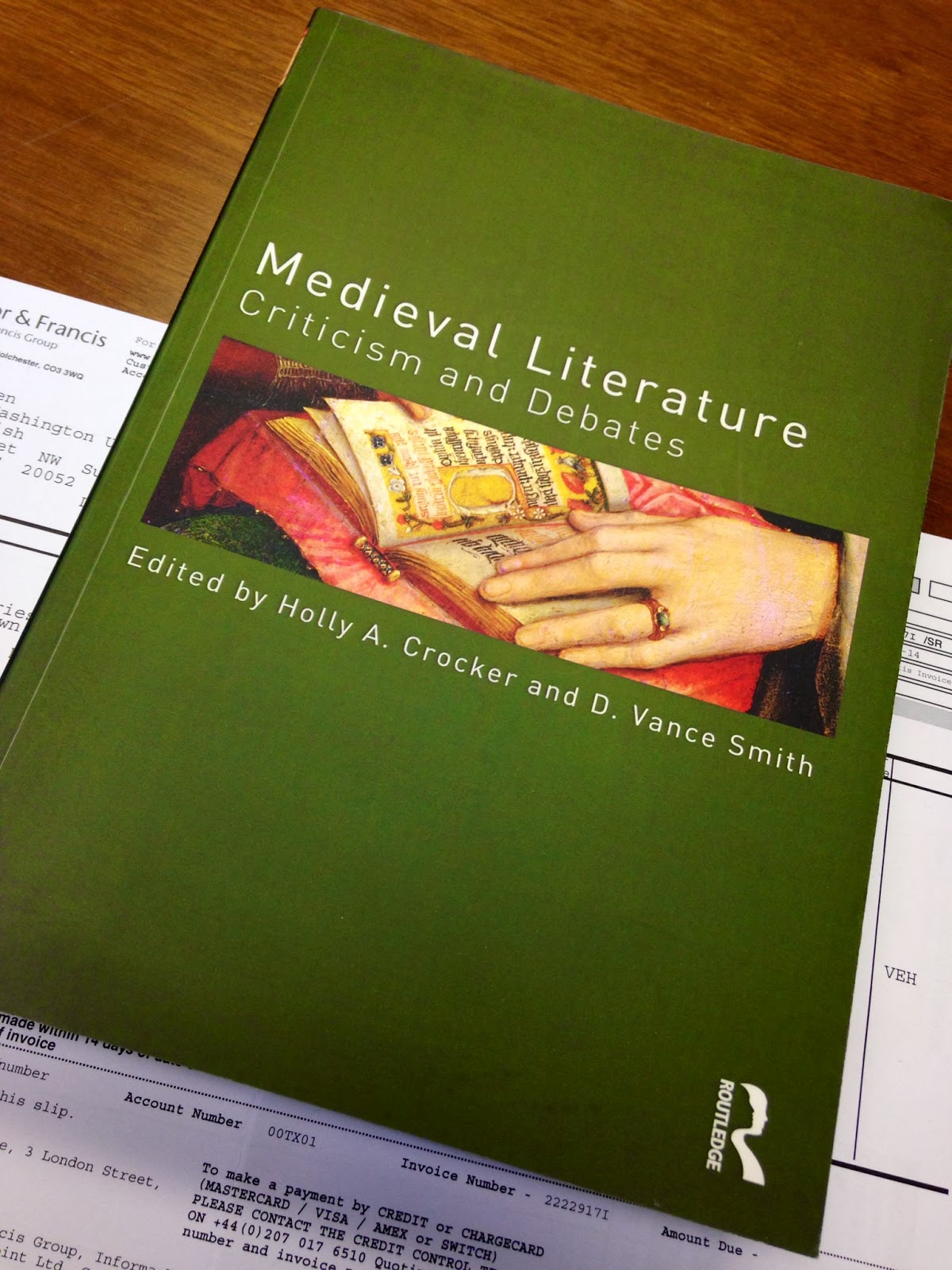 When I arrived at my office this morning a copy of the hot-off-the-press edited collection Medieval Literature: Criticism and Debates was waiting for me -- and I was very pleased to see it. Because the day consists of non-stop teaching and meetings, I won't have the chance to sit with the book for a while -- but am looking forward to doing that.  The volume brings together some classic work in the field, often abridged, with many newer voices, under rubrics like "Form and History," "Memory and Matter," and "Science and Embodiment." The introduction states that an organizing principle is difference in argument, productive provocation, and criticism as a contested and varied term. I appreciate that the book costs $49.95 so it could be used for a class on medieval literature and theory.

I will reproduce the ToC below.  Congratulations Holly and Vance.