Hello blog. Long time no post. Luckily lots of great content has appeared lately (thank you Mary Kate! thank you Karl!), and an essential conversation. Also, please keep GW in mind for any students you have who be interested in fully funded doctoral work in English.

It's been quite a semester, filled with many good things and a few vexing ones as well. Here are some recent highlights, with most vexations carefully redacted. All of these are, I hope, placeholders for longer posts, once I catch my breath. 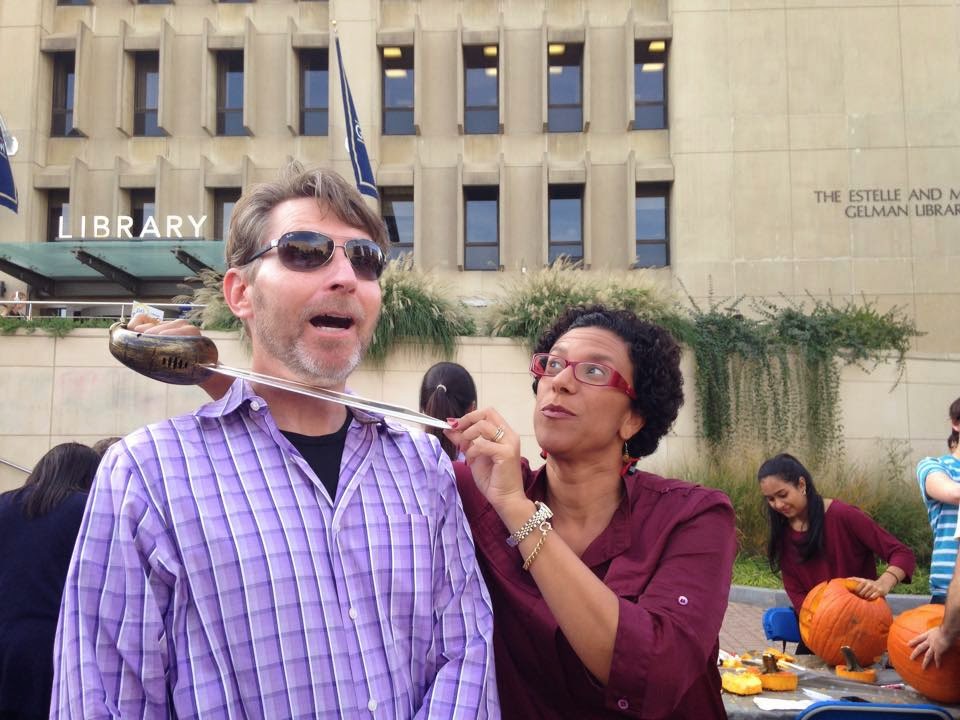 1. Teaching
2014 marks my twentieth year at GW. I expect I'll eventually be given a lucite tchotchke by the university, but then again maybe paperweights and plaques take five more years to earn. Meanwhile I've been granted two important gifts by the Teaching Gods: a Chaucer course filled with the some of the most brilliant students I've had the pleasure to know, and the chance to reinvent my Myths of Britain class in a team-taught format with my colleague Ayanna Thompson. That's the two of us above, at the Jack-o-Lit event my Chaucer students dreamt up. As you can see we are well matched in the classroom and get along splendidly. 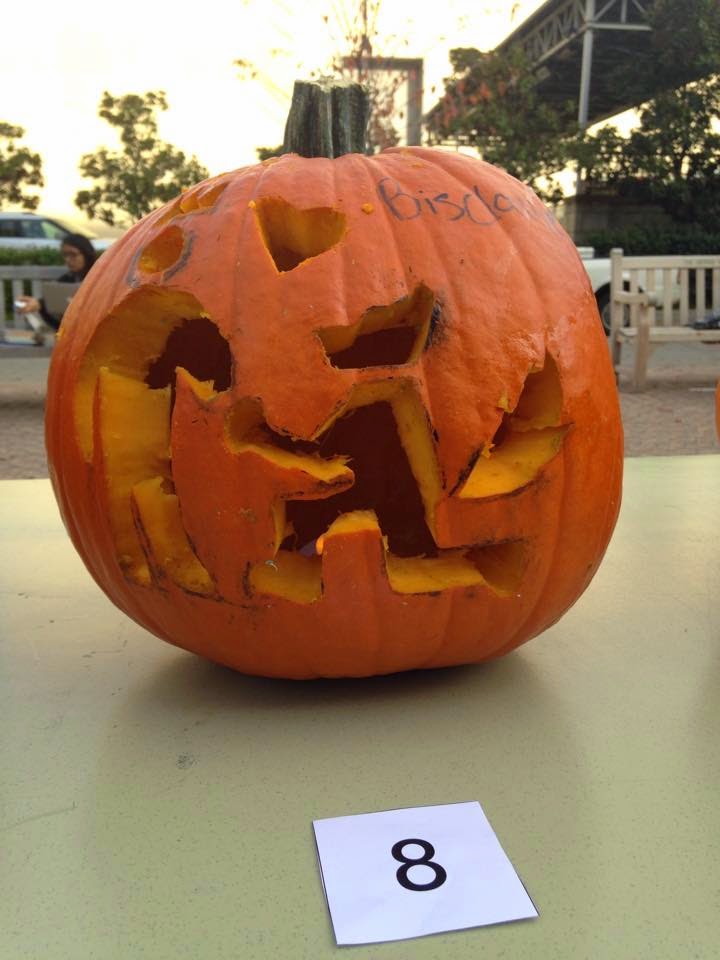 2. Learning
Do you know what changes when you shelve your 25 year old Riverside Chaucer with its ancient accretions of marginalia and start teaching with Jill Mann's inexpensive paperback edition instead? Everything. I feel like I've been liberated from the weight of my own history -- and am, happily, making the class anew. My Chaucer students astonish me with the insight they bring to the Canterbury Tales. They've also challenged me to rethink the division between classroom time and extramural life -- hence the pumpkin carving celebration we partnered with the library to establish for the whole university (above is the winner of the the Most Postmodern category: a depiction of Marie de France's Bisclavret. Take that, Pynchon!) But this rethinking extends to contemplating lives and needs more fully. Partly it's been about personal pronoun choice (that one is easy though: if a student wants third person plural, that pronoun is theirs). But through circumstance and through request and really because it is right, I have also reframed how sexual assault gets spoken about in the classroom, with some fairly profound implications for how Chaucer is taught. As a result, I have become a better teacher of Chaucer, letting go of some of my unthought and normative training in the discipline. More on that, I hope, in a substantial later post. 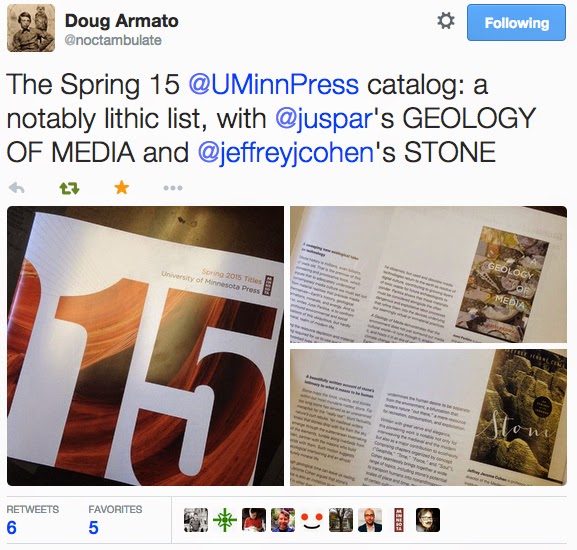 3. Working
Stone: An Ecology of the Inhuman has been copyedited and my corrections submitted to the press. Above is a tweet by Doug Armato (director of UMP) with an image of the catalog page for the book. I'm happy to see this project of geological duration becoming near-real (some pics from the book here). Meanwhile I have been at work on a bevy of other projects: Elemental Ecocriticism, co-edited with Lowell Duckert, now in production at the University of Minnesota as well; Veer Ecology: Keywords for Ecotheory, a project that I will blog about in time as it is now very much in progress; GW MEMSI events (including this wonderful one on Monstrous Knowledge yesterday); a review essay on race that Karl and I need to start pulling together soon; a short piece on Stuart Elden's Birth of Territory; two MLA papers; and a looming catastrophe of a seminar at the Folger Shakespeare Library. Those are just a few things. I'll have a panic attack if I try to type out more. 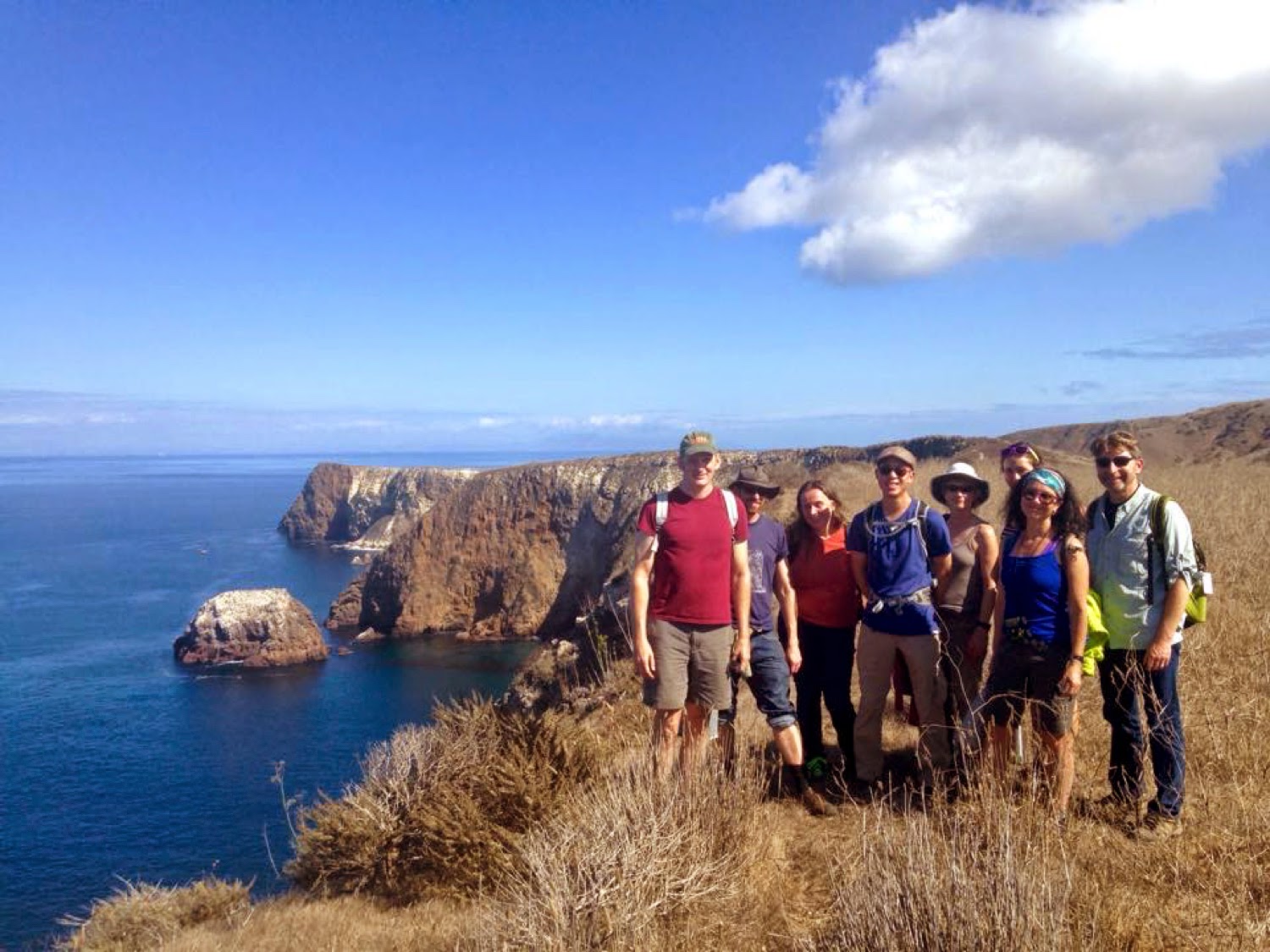 4. BABELing
The recent BABEL conference in Santa Barbara was a mixed experience for me. At some moments, especially during plenaries (but also at some social events) I did not feel the same ethos palpable two years ago in Boston. I realize I was and am an outlier in this perception, and I won't make too much of it here, but for me this was a BABEL of smaller events and surprising solitudes. I did not stay at evening celebrations all that late (for me), and I didn't go to the closing party. I did attend some transcendent sessions though: the panel on "Teaching at the End of the World," about how the literature faculty at Loyal remade the department through reinventing its courses, was excellent. "Sirens" and "Marooned" and "Coastal Creatures" and "Sea Changes" were awesomely creative -- the kinds of reinvented scholarly spaces that BABEL fosters so well. "Monstrous Environments" allowed me to see some favorite GW students in action. And so on. But my favorite was the Walk on the Beach sponsored by the Material Collective: combing the tar-flecked sands to collect objects for a flash display yielded moments of such fun, creativity, play and insight -- and so enacted the experiential possibilities that the conference holds -- that I found myself pondering the project for weeks afterward. I also cannot praise enough the hardy souls who agreed to come to the conference a day early and hike Santa Cruz in the Channel Islands with me (we were escorted to the island by a pod of hundreds of dolphins, including babies; humpback whales companioned our return). Back at UCSB, we then mounted through a series of four minute presentations an energetic session on Scale. I'm in awe of the talent this interdisciplinary group brought to our shared undertaking. Being with them on the island (wandering, eating together, joking, thinking) and then watching them perform their pieces: well it does not get much better than that. 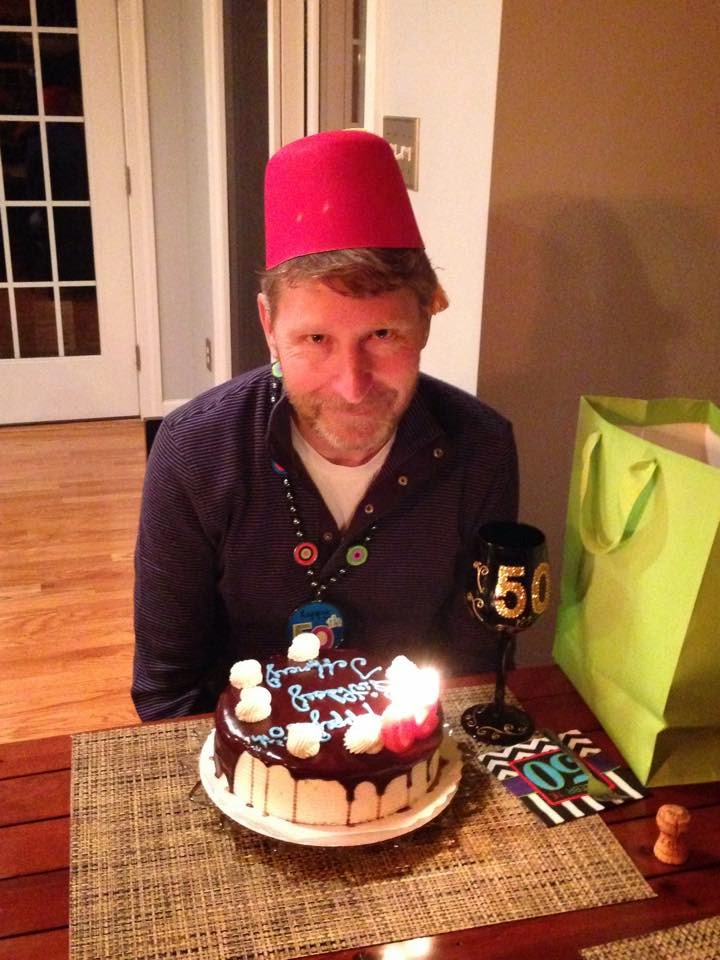 5. Aging
I had a birthday, and I wore a fez to celebrate.

6. Traveling
On Tuesday I'm off to the University of Victoria, and I need to do some prep work before my daughter's soccer game, so this blog post gets cut short. But here is hoping that your fall term is going well!
Posted by Jeffrey Cohen at 2:09 PM