Happy 10th Birthday, In the Middle! 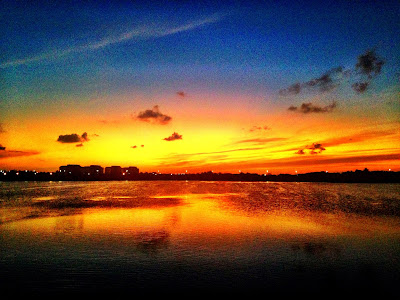 a meditation on what the blog has meant to me, personally: I cannot speak for anyone else

In the Middle began on January 18, 2006 with a little post that was really just a cut-and-paste job: my entry for RACE in the Supplement to the Dictionary of the Middle Ages. Way back then most reference works in medieval studies were consulted as hardbound volumes that you had to walk (with your actual feet, not on a hoverboard) over to the library to peruse. These hefty tomes required occasional updating -- though their supplements would themselves often be out of date by the time they appeared. The original DoMA had no entry for race (!), so I was delighted when William Chester Jordan asked me to compose one. I got to argue vigorously that yes race actually does matter to the Middle Ages -- a contested notion, way back when. I knew that few people would have access to the volume in which the entry would be published, especially because the supplement cost something like $100 -- and I know, now even a Palgrave print-on-demand title is priced higher than that, but in 2006 $100 was a monumental sum. And why lock knowledge away in research libraries? A book wants to be read. So I started this blog as a kind of informal open access for work I was doing, attempting along the way to assist in the shared project of bringing about a medieval studies where postcolonial theory could find better welcome [and here and here], where feminism and queer theory and critical race studies would be at home -- as well as working through the last draft of my third book (a book ruined in some ways by my taking an inimical "blind" peer reviewer too seriously: it took me a long time to recover my writer's voice after that experience, and ITM was instrumental to that process).

Not much time passed before I was blogging about contemporary issues that resonate with medieval ones, such as the aggression shown against homeless Muslims in Paris by volunteers who served only pork soup (check out the comments for a working through of how to cite a blog, something that the MLA had not yet established). The personal also made its swift debut. Here is the first post about my son Alex (then 8, now 18 and away at college), telling me how ignorant I am. By 2010 much of the personal had vanished into other platforms, especially Facebook, as I observed somewhat sadly in this story about fireflies, and again in a short piece on Katherine. [On a side note, I was talking to Alex on the phone last night and he told me that he is reading ITM regularly, and was happy that I posted this weekend about calling out misogyny; I don't know why that touched me so much, but it did.] I do not wholly shy away from personal reflection (see this piece for example on suicide, or this on the death of my thesis advisor). Pedagogy is also a frequent topic, and I once blogged an entire graduate seminar using titles taken from Decemberists lyrics (a trick so clever no one figured it out). Every now and then I have written a post that can, when I re-read it, break my heart: this one, and this. Conference summations also appear frequently (here is a favorite).

Early in the life of In the Middle I begin linking frequently to other medieval and academic blogs, since it seemed like we were doing something new as a community rather than as individuals. Within the first month of blogging I also opened the site to anyone who would like to contribute (and signaled that fact by changing its name to what the blog bears today). I've written about the origins of ITM in community before: see, for example, this brief and personal history of ITM from 2009 that will tell you exactly when the first co-bloggers arrived on the scene. Karl and Mary Kate were both graduate students when they joined, and now as early career academics (one tenured, one in a TT job) they have each altered the field so much for the better. Eileen left her tenured position during her time of blogging, and has now departed this blog to concentrate on punctum books: we wish her a future full of thriving. Jonathan earned tenure during his time as co-blogger and brought some wonderful disciplinary convergences to In the Middle (and my department: I am so fortunate to have him as a colleague). Working with these four magnificent people so closely has been a treat ... and we have also had the great fortune of hosting dozens upon dozens of guest bloggers who have filled this site with their wisdom and insight. A partial list includes Arthur Bahr, Dorothy Kim, Dan Kline, Sharon O'Dair, Lowell Duckert, Karina F. Attar and Lynn Shutters, Suzanne Conklin Akbari and Alexandra Gillespie, Lesley S. Curtis and Cord J. Whitaker, Robert McRuer, Julian Yates ... ok, that only hits recent ones but you get the picture. 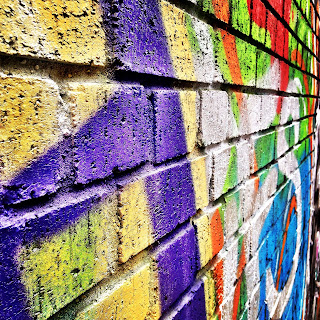 The ten years of this blog's life have not been unremitting sunshine and rainbows. I've spoken about the stalker that my work on ITM attracted, and the blog's problems with trolls. I have lost friends over posts I have written and not everyone in the field even today takes the kind of public outreach to which I am committed (here and on other social media) as a serious form of academic engagement -- but that has been slowly changing. Yet we are at the point where some graduate students tell me that they "grew up" with In the Middle, and I find that comforting: the emphasis here has always been on future-making and field change. Activism is also an important component of what ITM undertakes: from the (failed) attempt to get the MAA to cancel their scheduled meeting in Arizona to the recent posts about the field's longterm and recent problems with misogyny and racism. So much work remains to be done. But I want to pause here, for a moment, and thank you for reading this blog. Your support is what has kept this space lively for a decade. You have made the work that ITM requires a pleasure, and always worthwhile.

I could not have finished my dissertation without this blog.

I write about this in the Literature Compass outdated-when-it-was-published article (now almost 4 years old!), which I'll quote here:

"Speaking from my experience of transitioning from being a graduate student to an assistant professor to a book-published assistant professor [AND NOW ASSOCIATE], all while blogging, I can say that writing online for a public of medievalists, senior and otherwise, has given me a community, saving me, when I needed it most, from the savage loneliness that I understand afflicts most graduate students. Perhaps as importantly, blogging gave my scholarship a confidence, playfulness, and inventiveness that I doubt I could have found any other way."

Community is the keyword here, and remains so. Community is hard. It has insiders and outsiders. But it IS a collective, and it is as a collective that ITM thrives. Here's to us!

Jeffrey: What an appropriate moment to reflect on where ITM has come, how it has changed/adapted, how it has cultivated and sustained community, and how ITM explores what collective "belonging" really means and could mean--in the past, present, and future. I'm so deeply grateful that you created this space and that it has grown over time to incorporate many voices and viewpoints. I echo Karl here: it's really "as a collective that ITM thrives" and I am excited to see where the next ten years (!?!) will take us. Jonathan

10 years - that's a long time for a blog. It's always interesting, and I've gained much from reading it. If I recall correctly I stumbled upon it while finding my way through medieval scholarship for my work on territory. But even though that work is long done, I'm still a regular reader. Thanks for sharing the memories and all those great posts.