“Unto the Bottom of Those Gulfey Waves”: Steve Mentz’s Shipwreck Modernity 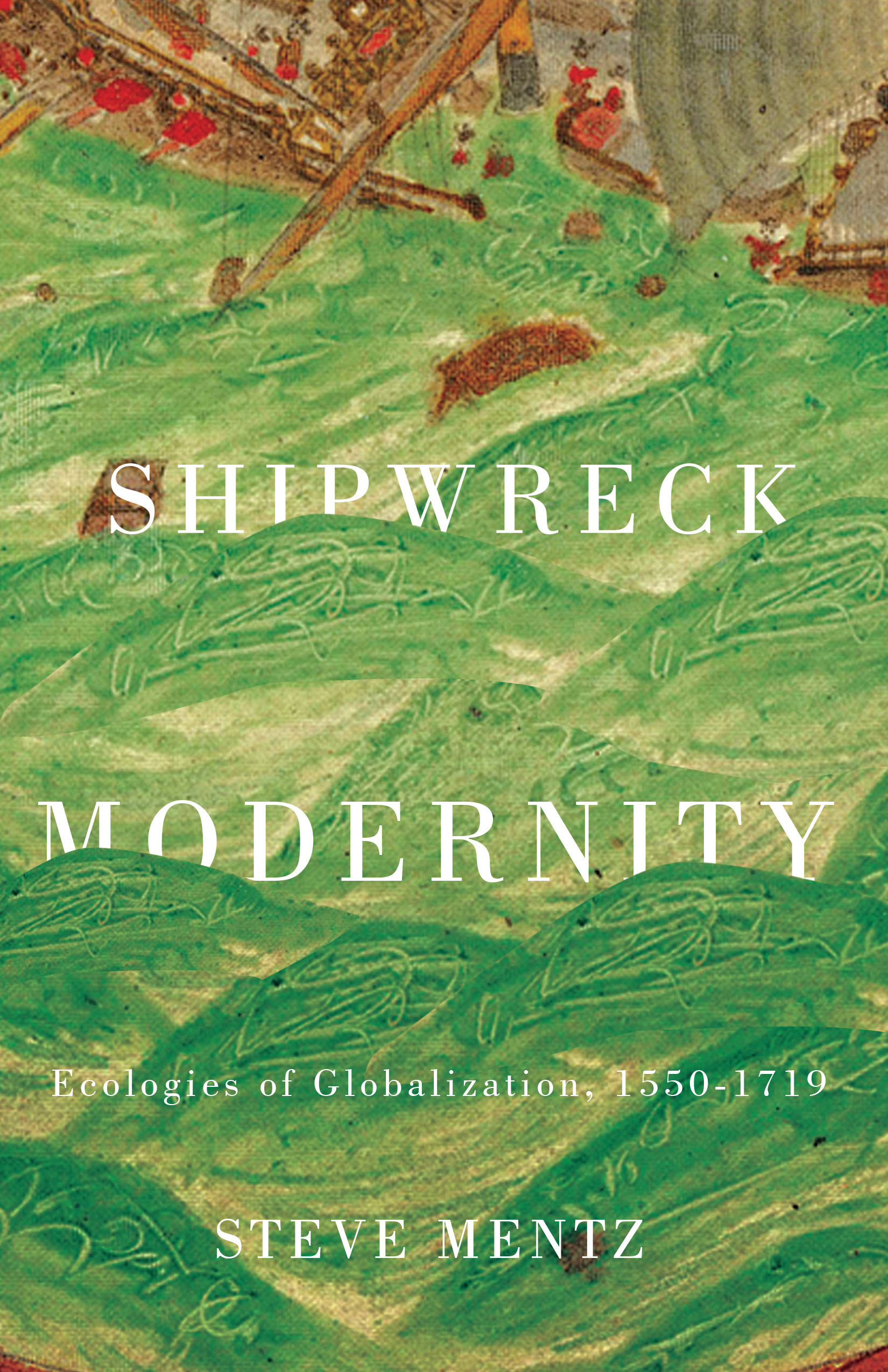 
In the Naufragocene, the "Age of Shipwrecks," catastrophe awaits. Or engulfment and drowning. Or swimming.

Mentz’s materials emerge from the new era of circumnavigation and blue-water global trade, an era of enormities, genocide, catastrophe, imponderable chance, of wreck upon wreck. “Representing disorder is not easy” (150), writes Mentz, but this is what his texts, mostly, try to do.

These are – inter alia -- those concerned with the disaster of the São João; Grotius’s legal mobilization of the ocean, liberating it from (Iberian) ownership; a pair of superb poems by Donne (“The Storm” and “The Calm”), where we might catch “calenture,” a tropical fever under whose effects sailors leapt into the sea, “thinking it was a green field” (153); Marvell’s “Bermudas” – there's a chapter for these isolated islands, stormy and wave-swarmed, more hostile a refuge than Marvell wants us to believe; a pair of seventeenth-century mariner’s journals each gets a chapter: one, a puffed-up officer and astrological crank, died on land; the other, Edward Barlow, probably did not: but he held on long enough to pass on what became Mentz's crashy green cover (and the poem that gave us "gulfey waves" and this post's title).

Up bubble the mostly inept piscatorial pastorals of English poets, though Diaper’s first underwater eclogue is, shockingly, good (“A faintish light shines through the watry green, / And lets us see enough, but — not be seen"). Mentz takes on Hardy’s “Convergence of the Twain” (and his memory of thrilling in 1997, almost despite himself, to the poem’s blockbuster adaptation), Wallace Stevens on the sea surface, and Bob Dylan’s late waltz on that big, dead ship. If you know Steve, you know Steve loves poetry, and he does well by it here. He also teases us with a glimpse of an “Ishmael-driven interpretation” of Moby Dick (200 n44; 207 n4).

On June 22, 1611, mutineers placed Henry Hudson, his son John, and six others into a small shallop, towed them to open water, and set them adrift. No trace of them was ever seen again.

At least in my reading, this ecocritical book's surprising central conflict is that between mariners and God. It’s not that Mentz is calling for us to find our way back to piety. In Mentz’s salty hands, God is ecological. Immanent. God is the doom of the world, a sentence that, in the Naufragocene, must be read in both ways. God here is a power far beyond our comprehension, now, in this century, perhaps beyond our help.

Mentz discovers how his early modern texts use the divine to figure overwhelming Aeolian, thalassic, or cetacean forces, disinterested but still no less implacable for all that.  As I’ve written elsewhere, about the otherworlds of Pearl and the Vision of Tundale:

God offers a chance to get totally inhuman. He’s so much more than a sovereign. He—or the divine it—operates at a scale that no human action, no human conceptualization, could ever satisfy. And yet this It still takes an interest, condemning us or saving us according to its own unlimited schedule, far beyond anything that we could think just.

Accounts of shipwrecks are laden with reasons, or excuses. There are "empirical" reasons: sails too weak or too strong, a greedy overstuffing of the hold, departing just in time to meet the ambush of a storm, the interference patterns of disharmonious, overlapping command, like the failed Islands Voyage of 1597. These record what could have been managed. And there are "providential" reasons, if they can even be called reasons, which record what cannot. “They’re like the weather, you never know what’s coming,” as [x] once said to me about [x], “and like the weather, they have no shame.”

Providence is the name for a plan that no one can ascertain but God; at sea, “what [storms] mene, God shal knowe alloone.” The existence of a plan may be a comfort. Or it may not. Is it better to be in the hands of an angry god, or an indifferent one?

Wrangling with providence, there is metis, that seamanship practiced by Odysseus and other able sailors. Mentz builds on Margaret Cohen’s The Novel and the Sea to argue that metis is not instrumental reason, not merely “exploiting the difference” between “word and thing” (Dialectic of Enlightenment 47). For Cohen, and then for Mentz, metis is a whole body skill, the “expert labor of the mariner in these extreme situations” (77), “an embodied technopoetics” (81), on occasion an alliance with, sea, waves, wind, and the sometimes begrudging accommodation with our supposedly human technologies of sail, rope, and hull.

Overall, Mentz wavers too: one view - “The lesson of ecological globalization and the Naufragocene is that rescue never lasts. Landfalls are temporary” (39). Another – “Swimming does not represent a permanent solution to environmental catastrophe, only a temporary survival tactic, preserving life until sand appears under our feet, even if that sand may conceal further dangers. Shipwreck ecology clings to that desperate hope” (176).  That "until" goes both ways, towards the bottom or towards another, temporary shore.

Between the split of the ship and the hope for land, the book is at sea, which here, of course, I mean as praise.
Posted by Unknown at 10:11 AM