York 1190: Jews and Others in the Wake of Massacre 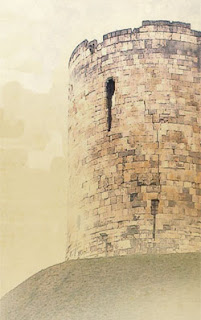 An interdisciplinary conference, York 1190: Jews and Others in the Wake of Massacre, will take place March 22-24, 2010, at the Centre for Medieval Studies, University of York.

The mass suicide and murder of the men, women and children of the Jewish community in York is one of the most scarring events in the history of Anglo-Judaism. It was also but one of a series of attacks on local communities of Jews across England in 1189-90.

This conference brings together researchers from the US, Europe and Israel to reinterpret the events, context and memory of 1190. It will explore relationships between Jewish and Christian communities, and between local communities and royal government, in the late twelfth and thirteenth centuries. It thus aims to consider 1190 as central to the narrative of English history in the decades around 1200, as well as that of Jewish history. It will also address the memory of 1190 and its continuing relevance today. Speakers include Anna Abulafia, Jeffrey Cohen, Paul Hyams, Robert Stacey, and Nicholas Vincent.

For the full programme and further information, please follow this link.


Graduate Bursaries are available and there is a discounted rate for all bookings made before February 1.

Posted by Jeffrey Cohen at 9:59 AM

Fascinating conference. Wish I could go.

(link's broken by the way though)

Thanks Matt, I just fixed it.

Thanks Matt. And I am VERY sorry indeed about the broken link - something to do with bigger changes to the overall CMS website. The responsible person is working on fixing it.

Meanwhile anybody who is interested can email cms-office@york.ac.uk for copies of the conference programme and booking form.

Also we have two more student bursaries - making 11 in total.