NEW BOOK OF NOTE: Medievalisms in the Postcolonial World 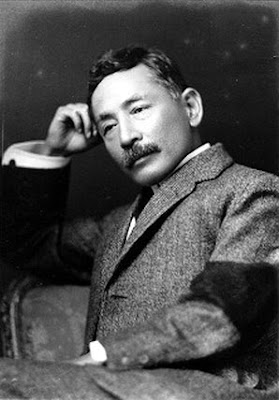 I was recently asked to review (for the Journal of Colonialism and Colonial History) the new essay volume edited by Kathleen Davis and Nadia Altschul, Medievalisms in the Postcolonial World: The Idea of the "Middle Ages" Outside Europe (Johns Hopkins, 2009), and while I have only just read the Introduction and skimmed the rest of the contents (my review is due in June), the book is exciting and I thought I would just share with everyone here my initial impression of it (which impression/brief notice will also be posted on the website that Jeffrey shared with us a few weeks ago, Postcolonizing the Medieval Image):

In a recent review essay in Comparative Literature, “Can the Middle Ages Be Postcolonial?” (CL 61.2 [2009]: 160-176), Simon Gaunt argues that much recent work in medieval literary studies that addresses postcolonialism does so within the context of national literary histories that are too narrowly defined (most typically, European literary traditions, and more often than not, Anglophone). In Gaunt’s mind, postcolonial medieval studies “need to work outside the framework of a single literary tradition” and “across different languages,” and they could also stand to benefit more from the insights of contemporary postcolonial theory regarding how “the medieval history of contact between Europe and Asia or Africa is in fact an important element of the longer history of which colonialism and postcolonialism are part” (p. 172).

The new collection of essays, Medievalisms in the Postcolonial World: The Idea of the “Middle Ages” Outside Europe, edited by Kathleen Davis and Nadia Altschul, looks extremely promising as regards the sort of comparative approaches Gaunt calls for, while it also situates itself, in a sense, beyond the Middle Ages proper. Thus, as the ‘medievalisms’ of the book’s title indicates, the authors gathered together in this volume are concerned to illustrate the ways in which certain notions and appropriations of the European Middle Ages—as a spatiotemporal concept, more so than as an historical entity—were instrumental in various modern colonial enterprises in non-European countries that did not possess their own “Middle Ages,” per se. This is how the editors themselves frame the collection’s initial guiding question in their Introduction:

As a spatiotemporal concept, “the medieval” is part of a temporal grid that positions it as a delimited historical time—generally understood as the time between c. 410 and c. 1500—and part of a spatial imaginary that identifies it with the territories of European Christendom. . . . It is enlisted as support for the concept of the “West,” as well as national, racial, and religious identities within Europe, and as the negative contrast to the desirable notions of progress and modernity. What happens to the idea of the medieval, we asked ourselves, and what kind of work does it do, when considered from perspectives outside Europe—from places as diverse as Mexico, West Africa, India, the United States, Lebanon, Australia, South Africa, the Caribbean, Latin America, or Japan? (p. 1)

Most importantly, this collection promises to call into question this generally accepted periodizing scheme whereby the Middle Ages, supposedly already “full-fledged” by the time of modern colonialism, is “available” to the colonial enterprisers, who had need of an “anterior” period into which to place their colonized subjects (a state of affairs well illustrated already in contemporary postcolonial studies). Provocatively, Davis and Altschul argue that there is a “close relationship between the epistemologies of colonialism and the Middle Ages as a category of European history” and therefore, “the Middle Ages issued from the same colonial imaginary that subsumed territory and time to the sphere of its real and desired control” (p. 2). And what concerns the editors as well are all of the ways in which the supposed “centrality” of Europe gets re-placed, revised, adapted, and contested in differing “colonial” contexts outside of Europe. There can be, then, no one medievalism that could be transported from one place to another; rather, the very term itself denotes a plurality and elasticity of uses and appropriations.

The Middle Ages, then, becomes an important conceptual framework for modernity itself; it cannot be separated, temporally, from the political project(s) of modernity with which it is, in some important sense, contemporaneous. In my mind, this is an invaluable insight, one that Davis has already well illustrated in her book Periodization and Sovereignty: How Ideas of Feudalism and Secularization Govern the Politics of Time (Pennsylvania, 2008), and which has also been highlighted in the work of some postcolonial theorists, such as Dipesh Chakrabarty, Ranajit Guha, and José Rabasa. (It should be noted here as well that the contemporaneity of the Middle Ages and modernity has been explored in various ways and in multiple theoretical and disciplinary contexts in the work of medievalists such as Kathleen Biddick, Glenn Burger, Jeffrey Cohen, Carolyn Dinshaw, Aranye Fradenburg, Patrick Geary, Bruce Holsinger, Paul Strohm, Stephanie Trigg, and other scholars too numerous to mention here.)

To my knowledge, Davis’s and Altschul’s book is also unique in bringing together medievalists with scholars working in contemporary postcolonial studies (such as Chakrabarty and Rabasa), in order to interrogate together the rich plurality of medievalisms (emphasis on the plural) in globalized, non-European contexts, and with the hope that this collaborative enterprise will further enrich these two fields that have always had shared (yet not always acknowledged as such) disciplinary histories. As the “Middle Ages” are still, in the editors’ view, an “operative and volatile domain” in contemporary global politics, the collected essays promise to also provide some important insight into ongoing “national” and “post/colonial” power struggles.

Medievalisms in a Postcolonial World is divided into four thematic sections—“Locations of History and Theory,” “Repositioning Orientalism,” “Nation and Foundations,” and “Geography and Temporality”—and within each of these, there are three essays plus a response essay, which signals an engaged series of critical encounters between the contributors that is often lacking in essay collections of this sort. It is exciting to see medievalists writing on such a rich range of modern, non-European subjects, as well as to witness the hopefully productive cross-fertilization between medieval and contemporary postcolonial studies—one in which both the medievalists and contemporary theorists obviously had to travel beyond their disciplinary comfort zones. More of such collaborative, cross-period engagement is to be hoped for, especially if medieval studies are to continue to demonstrate their “relevance” to pressing issues of contemporary life and thought, regardless of how distasteful some in our field might find the term “relevant.” It remains to be seen whether or not this volume will deliver on its promise to bring into sharper and more critical focus the interrelated histories of medievalism and colonialism (and within comparative contexts often left unattended in medieval postcolonial studies), but I am certainly looking forward to reading this book, the Table of Contents of which I leave you with here:

Introduction: The Idea of the “Middle Ages” Outside Europe
Kathleen Davis and Nadia Altschul

PART I: LOCATIONS OF HISTORY AND THEORY

Chapter 2 - An Enchanted Mirror for the Capitalist Self: The Germania in British India
Ananya Jahanara Kabir

Chapter 3 - “Most Gentle, Indeed, But Most Virile”: The Medievalist Pacifism of George Arnold Wood
Louise D’Arcens

Response - Historicism and its Supplements: A Note on a Predicament Shared by Medieval and Postcolonial Studies
Dipesh Chakrabarty

Chapter 7 – Andrés Bello and the Poem of the Cid: Latin America, Occidentalism, and the Foundations of Spain’s “National Philology”
Nadia Altschul

Response – Medievalism and the Making of Nations
Michelle R. Warren

Chapter 11 – A Clash of Medieval Cultures: Amerindians and Conquistadors in the Thought of Wilson Harris
Kofi Campbell

Response – Africa and the Signs of Medievalism
Simon Gikandi

Great post, EJ, and whatever the value of the collection (which I'm sure will be good), I'm glad to have read your developing thoughts on it.

The Gaunt jumps out at me though:

the medieval history of contact between Europe and Asia or Africa

I need to read the Gaunt myself (if I haven't done so already and forgotten), but as I read it now: the problem with this is that it presupposes a kind of homogeneity to these three regions of the T-O maps. On the one hand, the existence of the T-O maps in themselves attests to these regions as a way of thought that would shape how "European" colonialism thought itself from the 'end of the Middle Ages' on; on the other hand, as so many scholars (Robert Bartlett, Rob Barrett, and several people not named Rob), 'Europe' itself comprises multiple zones of contact and domination. The record of missionary work and conquest of the Baltic region in Henry of Livonia's Chronicle, for example, is impossible to think well without poco theory; likewise Britanno-Hiberinica-Cambrian (etc) contact from the high middle ages on. This is all old hat at ITM, but still worth repeating.

Karl: thanks for your comments here; the Gaunt article [which is actually a review essay of quite a few books in medieval poco studies stretching back to 2000 or so] is interesting and problematic for quite a few reasons; it's worth reading.

Along with Karl, I need to read the Gaunt essay...because I admit that when I say "I'm a medievalist," I really mean "I work on Western medieval texts" but it gets folded into and hidden behind the term "medieval." It so often (at least in my mind) stands in for the medieval West--as complicated, ambiguous, and misleading as that term may be.

Appropriation's a damned sneaky thing...and this post has made me wonder what my subtle categorization has made me miss.

Thanks for this, EJ, and KS for your comment.

I'm looking forward to reading this book, which has been sitting on my TO READ shelf since the fall.

By the way, if anyone wants the Gaunt review essay or Altschul's similar one (both attempt an overview of PoCo medievalism), email me: I have both as PDFs.

I also have .pdfs of the Gaunt and Altschul essays, and will pass them on to whoever wants to read them.

I actually am using this book this semester for an independent study with some motivated undergraduates. It's quite excellent with some exceptional essays.

To my mind, Nadia Altschul is a rockstar.

On an unrelated note, let me just say that Soseki's *I am a Cat* is one of the best books ever written

I've already taken an initial look through this collection and really find it great; there's an exciting range of contributors with thoughtful response essays. I'm thinking of making this a required text in a grad course I'm planning to launch this fall - along with "Medievalism, Multilingualism, and Chaucer" by Mary Catherine Davidson (Palgrave, 2010).

Great post and wonderful website. I've written a short thought trying to "work outside the framework of a single literary tradition."

Would love to know your views.
It's a comparison of European and Japanese chivalry. You can find it at www.pilarrivett.com