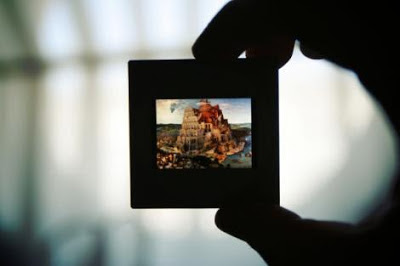 A lovely piece, written by Michael Ursell [UC Santa Cruz], about the BABEL Working Group and its biennial conference, on Stanford University's weblog for its Center for Medieval And Early Modern Studies, in which Jeffrey Cohen is quoted as saying, "if it ain't broke, break it" -- a suggestion he made in Boston a few weeks ago as one of BABEL's "core values" -- and I am quoted as saying, "We have a right to fail. And the humanities should be savoring and cultivating our right to fail. Failure is an important process of the work done in the sciences, and it should also have that status in the humanities. It’s what we do: ‘we FAIL in here.’" [Check it: FUMBLR]

And in which I also confess a scholarly crime, committed at the Kalamazoo Congress in 2007.
Posted by Eileen Joy at 10:36 AM

great interview, now we shall see if radical joy is infectious!
-dmf

Connie Schulz (em Univ South Carolina) was talking passionately here about the 'para institutional' origins of Public History in which she was very active in the 70s and later - and still is in National Council for Public History in the US - see their website here: www.ncph.org. Their blog http://publichistorycommons.org/consultants/ is mostly about innovation beyond institutional structures.