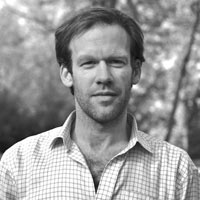 [Tobias sent me a robust response to my post on Materialism, Economic and New. I front page it here so that this conversation -- which I believe is a very important one -- can be easily followed for those of you with RSS readers, etc. And, Tobias deserves equal space! -- JJC]

Thanks so much for carrying forward this conversation, Jeffrey. I so deeply respect the work you do in generating dialogue!

In the seminar I described, our goal will be to think about the tension (dialectical relation?) between two narratives of modernity as a series of crises that build toward the current global totalization, in which human beings are geologic agents causing rapid anthropogenic climate change, a scale change that seems to have effected an ontological rift or rupture. In one narrative, the prime mover is capitalism--defined narrowly or broadly, in terms of the production of surplus value, mercantilism and financialization, spatial compression and temporal acceleration, the creation of a proletariat through enclosure and urbanization, the falling rate of profit. In the second narrative, causality is more widely distributed, manifesting in both the positive and negative feedback loops that form through the human extraction of energy and material from ecological and biogeochemical systems.

I am not entirely compelled by attempts to locate a robust account of ecological crisis in Marx (as in the work of John Bellamy Foster, Neil Smith, and Jason Moore), although one does seem to emerge in the Frankfurt School. Marx’s discussion of energy systems (“motive power”) and technology (e.g., in Chapter 15 of Capital Vol. 1) is profoundly insufficient. The notion of a metabolic rift is useful (I’m still trying to figure out how useful)—see, for instance Brett Clark and John Bellamy Foster’s essay “Guano: the global metabolic rift and the fertilizer trade” in Ecology and Power—but it’s certainly peripheral to Marx’s argument Capital. I agree with Chakrabarty in “The Climate of History” that “a critique that is only a critique of capital is not sufficient for addressing questions related to human history once the crisis of climate change has been acknowledged” (212). Even the term “metabolism,” taken from physiology, seems insufficient as the basis of a theoretical model. Some forms of energy (solar, wind) we can exploit almost endlessly without generating rifts. The problem with fossil fuels is not scarcity and exhaustion butwaste, what’s left-over: the fact that carbon dioxide is a byproduct of combustion and just happens to absorb solar radiation.

This said, I look around at the “objects” in my office and out my window and nearly all of them have gone through a process of commodification, all of them are here, now, because of the global commodity system. Even those objects that are not commodities have been valued by the market. Moore articulates a version of this in an interview:
Wall Street is a way of organizing nature, differently but no less directly than a farm, a managed forest, or a factory. The financial speculation that  reinforced underlying contradictions in the production of food, energy, and metals between 2003 and 2008 –the longest, most volatile, and wide-ranging commodity boom of the 20th century –was a decisive moment of world ecological crisis. (http://www.jasonwmoore.com/uploads/Moore__Wall_Street_is_a_Way_of_Organizing_Nature__2011.pdf)
Margaret and I wrote something similar in our “Red” essay for Prismatic Ecology:
The market is, in effect, always thinking about ecosystems and organisms, regarding them as sites of potential value and translating those quantifications into concrete activity. “It is the abstract logic that attaches to the creation and accumulation of social value,” in the words of Neil Smith, “that determines the relation with nature under capitalism.” However individuals or societies regard the natural world, it is the market’s valuation of ecological matter that is responsible for the most productive thinking about the global environment.
In our account, the problem with an emphasis on the human subject—with, say, “the ecological thought,” or even with the nicely Lacanian problem you describe of reorienting desire—is not its anthropocentrism but its obscuration of the thinking, quite literally an abstracting and a valuing, that takes place in the market, in commodity-exchange. This is the model developed by Sohn-Rethel in Intellectual and Manual Labor: A Critique of Epistemology and extended by Zizek inSublime Object. The market has its own modes of thinking (“real abstraction”), its own desires and its own ethics.

I too look to multi-temporality to think about desire and ethics. My work on animals is about the historical force of a sign function (the “creaturely voice”) irreducible to historical localization or the symbolic domain, a communicative injunction both “pre-original” and anticipatory of a human still-to-come. But in turning to climate change—in envisaging a future in which my own grandchild, if Rowan reproduces, would, at the end of this century, inhabit a planet two to six degrees C hotter than the average global temperature in the Holocene, the epoch in which human civilization developed—I have felt a much greater imperative toward historical localization and specificity, a much greater need to think, in materialist terms, about crises and turning points. Now, all of this said, I do understand your claim about the importance of ethics and desire. However analyticCapital is, its analysis is animated by a principle of justice, a principle Marx himself provides no historical (or transcendental) grounds for theorizing. I guess I’m with Benjamin, though, in feeling that a radical reorientation of desire or a real extension of ethical concern or the preservation of utopian hope only occur when we recognize the weight of history upon us—to push this idea further toward paradox, when we recognize the hopelessness of our situation.
Posted by Jeffrey Cohen at 6:57 PM

This is beautifully articulated, Tobias: thanks for it. I am going to have to ponder what you've composed for a while (possibly the rest of my life). I take your point about thinking, abstraction, and value: the markets have their own logic(s) and make their own demands, inhumanly. What interests me most is the embodied response humans have to these compulsions; that's where desire comes in, and that's maybe even why physiological / affective models (with their corporeal and not necessarily volitional vocabularies) are useful.

Anyway, I do want to add that the fantasy of being a geological force is an enduring one for humans. In some of my recent work I've been mapping the Genesis account of the Flood (readable in the stones even in the Middle Ages) with the language of the Anthropocene. Though the latter is new (we really have profoundly altered the earth), its cataclysmic story has been embedded in our modes of narrating both deep past and looming future for quite some time. Acknowledging that model might be a first small step towards disrupting it, towards being so comfortable with it (by assuming its survivability).

OK, I'm going to chew this over some more, but will acknowledge I'm also out of my depth in evaluating the work you cite so deftly.

I'm so glad this conversation is taking place!