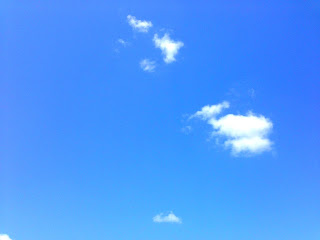 This morning I've been agonizing over the opening movement of my essay "The Sea Above" (an excerpt from which appeared here last week). Below, some thoughts on nature, structure, elements, medieval cosmology, and whatnot.

My deep, deep thanks to Steve Mentz for suggesting some clarifications and provoking needed revision.

Scaling Nature
Nature loves a ladder.[i]
Classical, medieval and early modern imaginings of the cosmos describe a Great Chain of Being arrayed of links, steps or rungs.[ii] At the bottom of this scala naturae (nature’s “ladder” or “staircase”) are inert things like stones, matter that merely exists. A natural hierarchy rises through plants, animals, and humans to culminate in supernatural and divine entities, an ascent from simple being to a complexity of life beyond the organic – and it is from this culminating perspective that the scale is articulated, a god’s eye view of universal sequence. Nature’s ladder is, however, formed from slippery steps. Though humans are middle dwellers along the chain, its order inevitably arranges itself around them. The sixth century theologian Pope Gregory I delineated a scale of being in which humans are midpoint, nexus and microcosm, since they share essential qualities with rungs below and above:
In that he has existence [esse] in common with stones, with trees life [vivere], with animals sensation [sentire], with angels rationality [intelligere], man is rightly represented by the title of the ‘universe,’ in whom after all some sort the ‘universe’ itself is contained.[iii]
This upwardly moving arrangement intermixes as it transcends.[iv] Such commingling across category is paralleled by the world’s material structure, laddered in theory but admixed when in motion. Earth provides secure foundation, and its surface is the proper domain of humans: all else is alien space. Across this heavy base flow deep seas, pristine lakes and refreshing springs. Next rises volatile air, an invisible and nearly intangible substance that soars swiftly from mortal realms. In loftiest expanses dwells fire, stuff of celestial spheres. Each of the four elements finds a natural location according to its weight, but none resides exclusively within indigenous space. For matter to be created the elements must promiscuously combine. An emerald, for example, is earth and water locked in durable union, while a human is earth and water (in the form of clay) plus breath and fiery soul. Despite such generative union, however, the vertical arrangement of the Great Chain of Being continually self-asserts, with material as well as moral consequence. The cosmos rises from dark underworld through oceans and air to blazing stars. Each offers a unique ecology. Even if clouds require water to burgeon, their moisture will eventually return to its proper biome, a world for coral, fish and whales. Humans flourish at the boundary where earth, water and air meet. To attempt to inhabit the sea is to drown; earth is a grave; air offers no skyward passage; fire incinerates fleshly forms.
Yet the elements are as restless as the human imagination, seldom content to remain in their allotted place. They combine ceaselessly to engender new things and in that process of composition disclose surprising worlds, challenging narratives, the tangling of nature’s chain. The ocean divulges merfolk, people who dwell beneath the waves in watery kingdoms or subaqueous monasteries.[v] Subterranean realms intrude wondrously into the everyday: an unremarkable hillock one evening reveals a doorway beyond which revelers feast, inviting companionship; up from the ground rise a boy and girl with green skin, who when taught to speak their words in English describe a distant land where the sun never rises and bread is unknown; a child follows a small man into an underground country where objects are fashioned from gold, and through long acquaintance learns their Greek-like tongue.[vi] Elemental ecologies are fecund spaces, provisioners of food as well as fable. Even the unreachable clouds reveal themselves populated by mortal strangers rather than theological angels.
This chapter explores the invitation to ecological awareness offered by medieval stories that turn the rungs of the scala naturae and behold in the sky a navigated sea. Nature does not love a ladder, or any of the other tidy forms humans build to order their cosmologies. The Chain of Being is full of kinks. Instead of ordered steps that emplace humans as medial creatures awaiting postmortem ascent to a heavenly realm, instead of yielding to upward vectors that urge contempt for the mortal world and embrace only of the life to come, the ladder twists into doubled helices, spirals that in their torsion yield unexpected contiguities. Stories of ships in the sky underscore environmental entanglement, being that is neither enchained nor great, an invitation to wonder at the fleeting and the secular.[vii] Through air that thickens into ocean, tumultuous elemental activity manifests, treacherous as a rogue wave, lively as storm clouds. When sky is traversed by sailors to whom the earthbound are unknown, worldly relations knot, become perilous, open to ethical query. Chains, ladders, scales, steps and other placidly transcendent schematics yield to life lived within the thick of the world, life in a vortex of shared precariousness and unchosen proximities.

[i] I am playing here on the famous assertion of Heraclitus, phusis kruptesthai philei
[“nature loves to hide”]. For the complexities inherent within that statement and the perils of its translation see Pierre Hadot, The Veil of Isis: An Essay on the History of the Idea of Nature, trans. Michael Chase (Cambridge: Harvard University Press, 2006).
[ii] “Great Chain of Being” is a modern designation for a progressive, vertical order thought to be inherent in nature and articulated through varied metaphors. The classic exposition is Arthur O. Lovejoy’s The Great Chain of Being: A Study in the History of an Idea (Cambridge: Harvard University Press, 1976), [originally published 1936], who stresses the continuity among its gradations as well as its plenitude. Chaucer calls this structure the “faire cheyne of love” (see below) while the Roman de la Rose describes “la bele chaeine doree / Qui les quarter elemenz enlace” (“the beautiful golden chain that entwines the four elements”; see Guillaume de Lorris and Jean de Meun, Le Roman de la Rose, ed. Ernest Langlois [Paris: Librairie de Firmin-Didiot, 1922] vol. 4 ll. 16707-81; accessed online via http://gallica.bnf.fr/)
[iii] Moralia in Job 6.16, a commentary on Job 5:10; PL 76.1214. Gregory’s formulation was frequently repeated in the Middle Ages. John Gower’s fourteenth century poetic version describes man as a “lasse world” [small world] since he has a “soule reasonable” like an angel,  “fielinge” like a beast, “growinge" like trees, and “the stones ben and so is he” [stones exist and so does he]. See Confessio Amantis, vol. 1, ed. Russell A. Peck (Kalamazoo, Michigan: Medieval Institute Publications, 2000; Second Edition, 2006), lines 945-53.
[iv] Of the combination and commingling inherent to the scala naturae Kellie Robertson writes, “in a physical world where the rock and the human differ more by degree than by kind, where the divide between the material and the immaterial was not yet so indelible, the reciprocity of moral lessons was underwritten by an ontological connection manifest in the scala naturae” (“Exemplary Rocks” Animal, Vegetable, Mineral: Ethics and Objects, ed. Jeffrey Jerome Cohen [Washington DC: Oliphaunt, 2011] 91-121, at 99).
[v] On fish knights and other land creatures below the sea, see Karl Steel and Peggy McCracken, “The Animal Turn: Into the Sea with the Fish-Knights of Perceforest,” postmedieval 2 (2011): 88-100, and for submarine monasteries, John Carey, “Aerial Ships and Underwater Monasteries: The Evolution of a Monastic Marvel,” Proceedings of the Harvard Celtic Colloquium 12 (1992): 16-28.
[vi] The story of the tumulus in Yorkshire with an unexpected door to a feast and the narrative of the Green Children of Woolpit are both told by William of Newburgh in his History of English Affairs Book 1, ed. and trans. P. G. Walsh and M. J. Kennedy (Wilthsire: Aris and Phillips, 1988). I have treated them previously in “The Future of the Jews of York,” Christians and Jews in Medieval England: Narratives and Contexts for the York 1190 Massacre, ed. Sarah Rees Jones  and Sethina Watson (Suffolk: Boydell and Brewer, 2013) 278-93 and “Green Children from Another World, or The Archipelago in England.” Cultural Diversity in the British Middle Ages: Archipelago, Island, England, ed. Jeffrey Jerome Cohen (Palgrave Macmillan, 2008) 75-94. The underground realm of gold is described by Gerald of Wales in the eighth chapter of his Journey Through Wales; for an excellent contextualization see Monika Otter, Inventiones: Fiction and Referentiality in Twelfth-Century English Historical Writing (Chapel Hill: University of North Carolina Press, 1996) 151.
[vii] I am inspired here by what Stacy Alaimo calls “trans-corporeality at sea,” the revelation than what seems an alien and distanced world is ecologically and even corporeally intimate: “The recognition of these limits, as a suspension of humanist presumptions, may be an epistemological–ethical moment that debars us from humanist privilege and keeps us ‘fixed or lost as in wonder or contemplation’” (“States of Suspension: Trans-corporeality at Sea,” Interdisciplinary Studies in Literature and Environment 19.3 (2012): 3476-93, quotation at 477). Alaimo is here citing the Merriam-Webster definition of “to suspend.”
Posted by Jeffrey Cohen at 9:21 AM