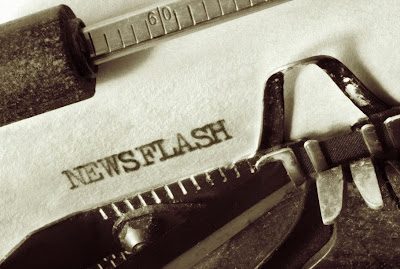 Myra Seaman, Holly Crocker and I are thrilled to announce that postmedieval: a journal of medieval cultural studies is now participating in Palgrave's Advance Online Publication program, and this will be a great boon, especially, for the early career researchers we are seeking to foster and publish. In a nutshell, what this program means is that once an article [or other type of writing] is accepted for publication, and has been edited, etc., it can immediately be published online, even though the actual issue it is slated to appear in might still be a few years away. We are all quite aware, I think, of how often an article can get tied up in overlong publication production pipelines and issue backlogs and will sometimes languish for years before seeing print, and that it can be pretty frustrating [and sometimes career-damaging] when this happens.

The cool thing about Palgrave's AOP program is that articles published *in advance* online are also published *again* when the actual issue comes out, online *and* in print [I should note that articles slated to be part of special issues or special clusters are not part of the AOP program -- only those articles that have been submitted to us as random submissions]. It's like having your cake and getting to eat it, too [although -- hahaha -- I've never fully understood that metaphor]!

I'm especially proud of the first five articles to appear in our AOP selection, because they truly represent the sorts of diverse [and even experimental and risky] approaches to the relations between the premodern and the modern that we at postmedieval are trying to foster. It is also worth noting that 2 of these articles are by PhD students, one is by an adjunct lecturer, one by a creative writer, and one by a mid-career scholar, and that they cover a variety of fields, such as History, Art History, Performance Studies, Literature [both early and later medieval literature, but also Victorian and American literature], Studies in Medievalism, Psychoanalysis, Jewish Studies, Film Studies, and Creative Writing. Here are the five articles themselves, and their abstracts, which should tell you a lot about the creative approaches on display here [and I would like to point out, too, that our first author, Robyn Cadwallader, who wrote a piece of fiction for us, literally emailed us the other day to say that she has signed a contract with Faber in London and Farrar, Straus and Giroux in NYC for her first novel, The Anchoress, which is quite the coup!]:

Stories have architecture. Tragedy has pillars, ornate ceilings, cherubs flying along the cornices, grand reception rooms and chandeliers that scatter light, until its players stumble upon the dark places, small rooms that unlock to reveal old secrets, uneven floors that catch at simple steps, stairs that lead inevitably, with no retreat, down to death and despair. Romance, on the other hand, builds open rooms with air and sunshine, walled gardens planted with trees and flowers, places enough for dalliance, a secret kiss. Inside, the colors of the walls and floor are intense, the ceilings could be the sky itself and at night tapestries thick with story soften the chill, candles gently dispel darkness into friendly shadows. It too has its obstacles: the broom left underfoot, the door that opens onto the wrong room, the hallway that leads to a dead end. But the long search is rewarded with upper floors that look out onto a blue mountain range, a soughing sea, an expanse of rolling green. However -- and you have to look carefully for this -- romance also has silences, rooms of stone that absorb sound into their chill. You’ll often find women in these rooms, but you won’t have heard them. They are required to be there, but it’s not their house at all. ‘Heurodis Speaks’ imaginatively explores the unacknowledged cost of romance by listening for the traces of the woman’s voice.

CONFESSIONS AND THE CREATION OF THE WILL: A WEIRD TALE
Matthew Bryan Gillis
Dept. of History, University of Tennessee, Knoxville, Tennessee

This essay examines Augustine’s Confessions as a horror tale using a phenomenological methodology with the intent of showing that this text is the literary expression of the author’s philosophical concept of the will. Elements of the weird tale serve as a literary model for this essay, so that it reads in many ways like a horror tale relating Confessions’ horror tale. The main purpose of this approach is to de-familiarize this canonical and hegemonic text so we can escape its powerful spell and view it differently. Readers should note that this essay is also offered as a weird event, a disruptive and violating encounter between readers today and Confessions, that most dangerous of all ancient or medieval texts. Such a method is indebted to Gilles Deleuze’s creative approach to philosophy through which he restaged thinkers and their ideas, an act Deleuze himself described as philosophical ‘buggery.’ The results of his studies were ‘monstrous’ offspring of earlier, influential figures that opened up new directions in the debates about their ideas and significance. This essay’s Deleuzian restaging of Prof. A.’s tale and Confessions is both inspired by the literary mode of articulating weird encounters in the tradition of H.P. Lovecraft and informed by phenomenological approaches for analyzing them. It is hoped that this essay’s monstrous restaging of Prof. A. will encourage other strange offspring to spread disquiet among the readers of this and similar hegemonic texts.

TOWARD THE MIDDLE AGES TO COME: THE TEMPORALITIES OF WALKING WITH W. MORRIS, H. ADAMS, AND ESPECIALLY H.D. THOREAU
Benjamin A. Saltzman
Dept. of English, University of California, Berkeley, California

By reading and situating Henry David Thoreau’s essay ‘Walking’ alongside Henry Adams’s Mont-Saint-Michel and Chartres and the work of William Morris, this article argues that Thoreau conceived of the Middle Ages not as a past to be recuperated and recovered (as by Morris) or as a past to be gazed upon from our modern perspective (as by Adams), but rather as a future to remain perpetually before us as we saunter forwards, meandering between wildness and civilization.

This article explores how graphic imagery in the Life of Daniel the Stylite constructs a specular regime that operates performatively to convey particular attitudes toward death and the physical body’s integrity and boundaries. Unlike most vitae that traffic in images of pain and suffering, the gruesome fates depicted in this one are reserved not for Daniel, the holy protagonist, but for those who witness him. Triangulating the text of the Life with Patricia Miller’s work on ‘visceral seeing’ and ascetic performance and Melanie Klein’s psychoanalytic conception of subject formation, the essay argues that Daniel’s simultaneously mild and spectacular asceticism shifts the burden of performance onto his viewers and readers, depicting and scripting an imperative that all of Daniel’s audience members effect a reparative position in order to conquer anxieties about death and dissolution. Through a constant shuttling back-and-forth between what Klein would call the paranoid-schizoid and depressive positions (as executed by Daniel’s performance), we are best able to see how Daniel’s Life speaks to early Christological debates and concerns over the nature and veneration of icons.

STAGING ENCOUNTERS: THE TOUCH OF THE MEDIEVAL OTHER
Miriamne Ara Krummel
Dept. of English, The University of Dayton, Dayton, Ohio

Shuttling back and forth from medieval to modern texts, this essay proposes an alternative vision of temporality and, in doing so, offers a glimpse into a queer (or non-normative) temporality. The purpose of this temporal travel is to reveal the systems deployed in constructing an outcast, a thing of hate and derision. This essay discusses a select number of medieval texts (Chaucer's Prioress's Tale and Parson's Tale, and also the York Cycle Plays) as the starting point for reflecting on the process involved in inventing a temporal outcast. The conversation about normative temporality mostly builds from The Passion of the Christ, which in this essay represents the end point in meditating on the making of a fantastical Other who materializes from fantasy as a thing outside time and humanity.

All of the articles published in Advance Online Publication format, now and into the future, can be found HERE.
Posted by Eileen Joy at 3:53 PM