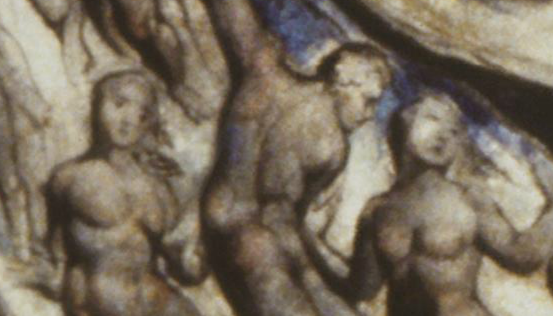 The hellish hurricane, which never rests, / drives on the spirits with its violence: / wheeling and pounding, it harasses them. // When they come up against the ruined slope, / then there are cries and wailing and lament, / and there they curse the force of the divine. (Mandelbaum trans.)

Like this, but FUN and HAPPY rather than LAMENTING: that is Kzoo and its sessions and its wavings-at-friends-and-admired-correspondents-as-we-whirl-by.

(background to all this is not Dante but Jeffrey's VORTEX paper for an emotions roundtable, about more later in this place, I'm sure)
Posted by medievalkarl at 8:18 AM