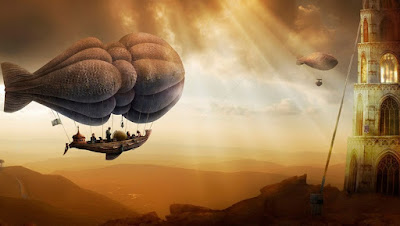 Dear BABEL-ers and Friends of BABEL,

FIRST, we want again to thank everyone who helped make October’s BABEL conference at the University of Toronto such a delight. If you were there, we encourage you (please!) to take a few minutes to fill out our follow-up survey so that we can build an even more magnificent conference next time.

SECOND, we want to draw your attention to an event being supported by BABEL, punctum books, and Studium (a co-disciplinary space for the arts and humanities in east Austin, Texas). This event is the Third Annual MLA Subconference, which takes place just prior to the enormous Modern Language Association conference each January, and which seeks “to confront the (labor) crisis in the humanities head-on” and support organizing among “those impacted most: adjuncts, graduate students, university food and service workers, labor organizers, and activists working within communities affected by university-driven gentrification.” The Subconference is currently gathering donations to help defray travel expenses. As the organizers write:


We'll [have] as many as 200 participants this January, but we need your help in getting the Subcon organizers and presenters (primarily grad students, non-grad adjuncts, and community organizers) there.

We've received about $1000 in institutional contributions so far, but with roundtrip airfare running between $225-$500 from most points in the U.S. and Canada -- and with seven main organizers, and as many as 24 presenters, all coming specifically for the Subcon—we need your support. Help us expand the Subcon network and build power and autonomy among contingent workers and allies in higher ed.

Your contribution will go toward:

We encourage EVERYone to make donations as you are able, and you can do so here. At this present moment, when we witness the power of campus activism all around us, donating to the Subconference is a way to support those already fighting for a more just future for the academy. We’re proud to say that BABEL has made a substantial donation of $500 to the Subconference, using a portion of the funds left over from October’s conference. Go, Subconference, go!

THIRD and finally, the BABEL Steering Committee will soon be seeking nominations for NEW COMMITTEE MEMBERS. As four of our twelve members rotate off, four more will be elected by the corporate body of BABEL (i.e., you! and anyone who wants to be you! that's everyone!), from a pool of nominations (also generated by *you*). More information is on its way within the next month about the nomination and election process, but in the meantime, we want to encourage you to start imagining which BABEL-associated wunderkinds -- whether academics, non-academics, para-academics, artists, activists, grad students, adjuncts, lecturers, performers, editors, poets, peripatetics, or what-have-you -- might help steer the BABEL ship. More about that anon!

Otherwise, the BABEL Steering Committee hopes you are enjoying either an incandescent or else a most riotous November.