Running with Mary; or Against the Agon 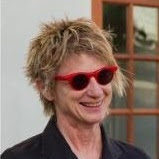 [Sharon presented this piece at the recent BABEL conference in Toronto in a session on "The Sweaty Scholar." We're honored to share it here at ITM -- JJC]


Mary Decker Slaney, currently age 58, is the only athlete to have held every American record from 800 meters to 10,000. To this day, she holds American women's records in the 1500 meters, mile, and 3000 meters. In 1973, Mary set her first world record. Some 6 years earlier, I ran with Mary on a club track team, the Long Beach Comets. I was 11 or 12, she was 9 or 10; she always beat me. She beat girls older than I—my friend Tina, for instance, who was 13 or 14 (and who, like me, subsequently completed a PhD in English). The coaches knew Mary would be a champion. She was 9 years old! They also knew I would not; one of my coaches—the handsome young one—told me my butt was big. I weighed 90 pounds. I don’t think I’d reached puberty. My partner says I have a thing about my butt. Wouldn’t you with that history?

But more important than the size of my butt is that I’m not slow; my best time in the mile was 5:25, which I ran when I was 12. Even now, I’m not slow. A couple of years ago, I ran a 5K race, my first in 50 years, almost. I don’t know what got into me, but I was in great shape. But I’m usually in pretty great shape, having run almost continuously at varying distances since running with Mary. I think I was influenced to run the race because earlier that year, I had decided to attend my high school reunion, the 40-year anniversary of our graduation. Crucially, though, the aptly named “Hurricane Run” was convenient, held on Dauphin Island, AL, a barrier island in the Gulf of Mexico where, until recently, I had a beach shack. The Hurricane Run wasn’t, I’m sure, peopled by scores of brilliant runners, but I did win my age group handily, by two and a half minutes (25:57/8:22). What is the lesson here? Though I didn’t know it 50 years ago, running with Mary taught me this: exceptional talent is rare. And obvious, obvious to those with the knowledge to judge such matters. In graduate school, looking at the professors in my department, I thought, “Stephen Greenblatt is Mary Decker Slaney.”

In the description of this panel, competition arises only once, in this question: “do physical activity, training, and competition provide merely a diversion (however salutary) from scholarly work, or are there ways in which they can also inform it?” I would suggest, however, that competition is the driving force of most colleagues’ athletic pursuits. We want to win, even if only our age group. We want to better our personal bests. I suggest this partly because I have watched dozens of junior colleagues become runners, often after having loathed sports for years. I watched them become obsessed with training and winning. Some can’t stop; a marathon isn’t good enough. Isn’t long enough. But mainly, I suggest this hypothesis because what I have had to “explain . . . to . . . colleagues,” and especially to fellow athletes, is not why I run but why I don’t compete and don’t run races (except for that one 5K). It’s as if colleagues cannot fathom just running five or six miles a day; often I’m told, “but you could easily run a marathon!” As if running a marathon should be an obviously desired goal! When pressed about reasons for not racing, which is most of the time, I say, with a wink, “Oh, I’m competitive enough professionally” or “I run so I can eat and drink and still look good” or “I don’t do mornings.” All of which are true, but as with so much, the truth is more complicated. I don’t run races because I don’t want to compete. Not even with myself. But for many colleagues the point of running is to train and to race and to win and so, I hypothesize, the way training and competition inform scholarly work is by reinforcing competitive norms in the profession. Scholarship is competitive, too, often brutally so. We want to win. To be right about King Lear. Or Beowulf. And we want others to be wrong.

Training and competition reinforce behaviors essential to competition in any arena. Isn’t that what we are told when we are young? The lessons learned in competition will carry you through life! And that is true: discipline, leadership, all of that. But competing in The Hurricane Run allowed me to recall why I came to resist racing and competition and how running without competing informs scholarship, too. To compete in the race, I trained for a week, maybe nine days, by which I mean I tried to see how fast I could run 3 miles. In doing so, I realized specifically and viscerally, bodily, what I’d long forgotten. To race and to win, I had to focus. My mind. On every step. On every step’s speed. Go, go, go, go, I said in my head to my legs. Don’t stop, don’t let up. When I lost focus, I lost speed. I lost speed when I let my mind wander—toward last night’s dinner, the birds overhead, pizza delivery at students’ houses, my current piece of writing, transitions! But letting my mind wander, especially about writing, is what running allows me to do. It’s thinking without thinking. Like those times, at night, when I wake up from sleep, knowing what I need to say next in an essay. This, for me, is one way running informs scholarship.

In a word, the problem with competition is that it makes me competitive. It makes me want to win. Deep down and not so deep, I wanted to win that 5K. And as Wendy Brown argues recently in Undoing the Demos: Neoliberalism’s Stealth Revolution, that is a problem. Not the racing per se, but that today, neoliberalism has made winning the point in every nook and cranny of our society—“from mothering to mating, from learning to criminality, from planning one’s family to planning one’s death” (67). And Brown insists, “the premise and outcome of competition . . . [is] inequality” (64). Inequality. In this sense, one can see the truth in my joking reply about why I don’t race: “Oh, I’m competitive enough professionally.” I don’t need or want more competition in my life. But the truth is, I don’t want to compete professionally, either. And as Brown argues, and as we all know, academia has not been immune to neoliberal, competitive rearticulation, with unfortunate and even possibly disastrous consequences. Brown is especially scornful toward faculty who “gain recognition and reward . . . [to the extent that their] methods and topics are increasingly remote from the world and the undergraduate classroom. . . . [which makes] it difficult to establish the value of this work to students or a public ” (195, 196). Paradoxically, this rearticulation has “weaken[ed] the capacity of liberal arts scholars to defend the liberal arts at the moment of their endangerment” (196).

Brown says her point is “not to castigate a rising generation of young scholars for participating in practices that index the degree to which all academic practices have been transformed by neoliberal economization” (196). When I read that sentence, I wrote in the margin, “Why not?” Why not castigate younger scholars? And ourselves, too, older ones? How else will we change the neoliberal economization, the competiveness, of our work unless we refuse it? Play the game differently? And isn’t this what this conference and The Babel Working Group want to do? Play the game differently?

Some years ago, at a conference, a rather elite and exclusionary one, a colleague, older than I and very successful, who had been through the war in the 1980s between feminists and new historicists, said to me, while gesturing toward our colleagues sipping wine: “all that fighting then, the ambitious competing and jockeying for position, the pain of it all, and here we all are, all in the same boat, all pretty much the same.” I nodded, said something, and then realized that soon I would be able to say the same of my cohort. And now I can. All pretty much the same. But there’s more. For, as Janet Adelman put it in 1973, soon enough, everything we have written will become “historical curiosities,” wrong or benighted or quaint to a succeeding generation (1). In the 1980s, while she and others were fighting—and, as a woman, I am glad she did—I was sort of competing as a graduate student, but sort of not. In the 1980s, for example, I didn’t do the work of recovery in order to write a dissertation on women’s writing from the early modern period. For me, the job market was too iffy to spend five or six years in an archive with writing I didn’t want to read, even if Stephen Greenblatt were to direct and New Historicism dictated that doing so would get me a job. To this day, I write what I want and do not worry too much about how it is received. And so, this is how running, not racing, truly informs my scholarly work: to remind me that winning is not, should not be, my professional goal. And I do not need to compete to do the work I want to do. Mary Decker Slaney and Stephen Greenblatt (and the few others like them) beat the competition, won the race, so we don’t have to.