The history of meteorology shows that the idea of “the weather” has consistently been appropriated to a dominant status quo. In the encyclopedic empire of taxonomies weather gained a scientific nomenclature. In the culture of warfare, forecasting was absorbed into governmental budgets. In the incipience of the nation state, as governments gained economic interests in aviation and agribusiness, the weather became a department of government. At the same time weather's everyday rhetorical status as commonplace, as phatic utterance, assured that the sociology of weather appears as nature.


—Lisa Robertson, “The Weather: A Report on Sincerity”


postmedieval is now accepting submissions for the Michael Camille Essay Prize. The biennial prize is awarded for the best short essay (4,000-6,000 words) on the year’s chosen topic submitted by an early career researcher, including both graduate students and scholars who have received their PhD in the past five years (as of August 31, 2016). The author of the winning essay will receive: publication in postmedieval in early 2017, 250 US dollars, and one year’s free print and online subscription to the journal. Runners-up, if selected, may receive one year's free print and online subscription to the journal and may be considered for publication in the journal. 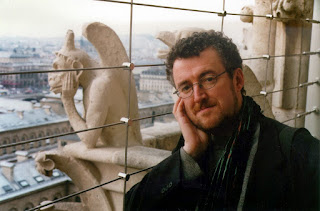 The topic for the 2016 Camille Essay Prize is “Atmospheric Medievalisms/Medieval Atmospheres.” Essays might take up eco-critical and/or climatological approaches to medieval culture and/or studies in medievalisms, or may address affect and/or “public feelings” and cultural “moods” in medieval culture or in appropriations of medieval culture in later periods, or may even work through ideas of an “ambient Middle Ages” or an “ambient medievalism.” Essays might also address “climate” and “environment” and “weather” as metaphors for tracing particular intellectual histories of studies in medievalism, or they might discuss the “spherical,” “aerial,” and/or transmigratory climates of globally-inflected medieval studies.

In the spirit of Michael Camille’s own lively style of cultural criticism, we encourage applicants to play with “atmosphere” as mood, medium, ambience, flavor, climate, condition, cloud, aura, vibe, firmament, aerospace, element, current, ephemera, tenor, milieu, environment, and weather. Essays may be from any discipline (literature, history, musicology, art history, philosophy, religious studies, archaeology, anthropology, etc.) and language area; in any case, they must bring the medieval and the modern into productive critical relation.

Applicants should submit essays to Lara Farina (Lara.Farina@mail.wvu.edu) and Myra Seaman (SeamanM@cofc.edu) by August 31, 2016.
Posted by Jeffrey Cohen at 11:00 AM