A day in the life

4.57 At doors of gym, waiting for opening. Wonder how I got here.

5.00 Work out. Wake up halfway through, pleasantly realize that much of routine has been accomplished in zombie-like and noncomplaining trance.

6.05 Home to eat bowl of cereal and skim New York Times. Have daily conversation with Spouse about the FFFs (Fine and Festive Favorites) spotted at the gym: today's cast included Grunting Man, Anorexic Woman, and the Nebish [the Spouse and I alternate days at the gym. To make this routine of seven years slightly less dull, we harvest small observations about the place's odd habitués and share them over breakfast. Yes, we are both deeply weird]

6.20 Shower and grooming rituals. Dress in something snappy but authoritative (a department chair is judged on his sartorial splendor, not the subtlety of his mind).

7.00 Kid #1 has now dressed himself in his "Life is Good" shirt. He is designing for his room a complicated message delivery system out of black thread and construction paper. This is what happens in the absence of email, a reversion to barbarian communication techniques. Kid #2, resplendent in pink pants and a pink shirt and a pink bracelet and a pink hairclip, waits patiently as mom finishes chiseling the snot from her morning face. I then read her Go, Train, Go! to distract her from the fact that the only adult in the house she currently idolizes is at this moment sneaking out the front door for work.

7.30 Time for the rest of us to go. Drop kids off at various warehousing facilities in which they are kept during the day. Drive to the GW campus and note the buildings that are my daily landmarks: National Cathedral, the Naval Observatory (home of Dick's House, as we call the VP's mansion; every day I intone "Cursèd be Dick" as I drive by), the British Embassy, the French Consulate, the Islamic Cultural Center, Temple Micah, Saint Sophia, the Enormous Phallus of Washington.

7.45 Arrive on campus. Instead of going to my office, I hide in some obscure stacks in the library. Reread several chapters of Kofi Campbell's Literature and Culture in the Black Atlantic, which I will be teaching in graduate seminar this afternoon. Pause over many lines and underline enthusiastically.

8.45 Arrive in English Dept. office. Did not come earlier because I knew that if I had, someone would want something from me.

8.47 Someone wants something from me.

8.51 Someone else wants something else from me.

9.01 Listen to my voicemail. Jot down notes about what things people want from me. Am amazed anyone calls at night to leave these messages.

9.07 Check email. Only forty in the queue, a light day. I sit very still, but inside I do a happy dance.

9.11 Ignoring my email is stressing me out so I answer several. In an attempt at efficiency I am terse, and realize too late that because I didn't use an initial pleasantry I will be asked throughout the day why I am so angry.

9.45 Seventeen emails remain. I am giddy with success. Work on teaching load policy paper I am drafting, and note that I have five student recommendations to compose.

10.00 Meet with office supervisor to sign letters, cosign reimbursements, assign teaching schedules, reassign rooms, consign old computers, and design faculty meeting agenda. Consider that I should resign. Think better of it. Make a few remarks that seem to me witty, even trenchant, but impress office supervisor as the ravings of an unbalanced academic.

11.00 Work on promotion dossiers, an extremely arduous and complicated task that would act as an immediate soporific if described. Chuckle to myself as I consider that these dossiers belong to faculty who think the gates of heaven will spring open when they get their promotion to full professor, but in fact as a consequence of this promotion they will someday find themselves seated in this very office with its leaky window and morose Shriner (I will Superglue him to the ledge before my term ends), signing forms with the same office supervisor (as far as I can tell she is immortal, having been here since at least the 1960s and possibly since the Early Modern period).

11.25 Energetic student bursts in despite attempted body block from receptionist. Asks for emergency meeting. I scrawl words on Post It notepads, and wonder if it is unnatural to possess thirteen colors and six sizes of these things. Also, do they come in aquamarine? Aquamarine would be good. Soothing, even. Student kicks off flip-flops while speaking. I am vaguely disturbed.

11.45 Run out for lunch, bring tomato sandwich back to office to eat while rereading Kathy Lavezzo's Angels on the Edge of the World for seminar.

12.10 Meet with someone who wants something from me and has scheduled an appointment.

12.30 Meet with someone who wants something from me and has scheduled an appointment.

1.00 Meet with dean, from whom I want many things and have scheduled an appointment.

1.20 Back to office, unsure what I have in fact received. Check email. Queue now stands at 53. Answer two of them. Finish sandwich.

1.26 Realize that I have not used men's room since arriving and bladder may burst. Answer one more email, then make a run for it, startling receptionist. Swear off liquids in the future so that I can be more efficient.

1.30 Flip over the "STAY OUT OR ELSE!" sign that Kid #1 has made for my office door. Designed like a hotel "Do Not Disturb" sign, this knobhanger features a depiction of my office door with a kicking foot protruding. The end of the foot's shoe has made contact with the derriere of a startled member of the faculty, who is being propelled skyward by its force. A single word ("Cha!") is inscribed above the would-be intruder, onomatapoeia for the sound a faculty member makes when hurtling through the air.

1.45 Turn off computer so email will not chime and internet will not tempt. Open the Life of Saint Columba of Iona and read. Wonder how this book intersects with Campbell and Lavezzo, and how I will possibly teach a good graduate seminar in less than two hours. Small cloud of despair begins to form.

2.30 Office supervisor forwards an email that lists suggested names for the generic version of Viagra (favorite: Mydixafailin). Writes underneath: "If you respond to this email I will know that you are not really working in there." I write back "What else would I do with my door shut and the STAY OUT sign on besides surf the internet for Viagra jokes?"

2.35 Open office door. Perform a variety of administrative tasks of such Herculean importance and such mind numbing complexity that to narrate them here would only seem self congratulatory and ruin my reputation for extreme modesty.

3.22 Return to office and make last minute xeroxes for class.

6.00 Run from class to take care of last minute office things, then to car and thence to temple to pick up Kid #1 at midweek Hebrew class.

6.20 Jump on the temple's wireless while waiting, and see that email queue is now at 65.

6.31 Kid #1 appears. The moment he grins, my day as professor and chair vanishes completely.

7.00 Eat a bowl of cereal for dinner while chatting with the Spouse. Kid #2 steals most of the banana I've put in it. House is a maelstrom of juvenile energy.

7.30 Kid #1 works on homework with mom while I read Kid #2 Yes, A Cat Named Marty Cohen and The Lorax . Kid #2 laughs loudly when the Lorax hoists himself by his own keister into the clouds.

7.45 Each member of the family receives a very wet kiss (we call this "Kid Juice") from Kid #1 and she climbs into bed. We sing Frere Jacques twice, but not as a round.

8.00 I admire the message system that Kid #1 now has operating in his room. I send him a message that reads "Life is Good." He laughs. 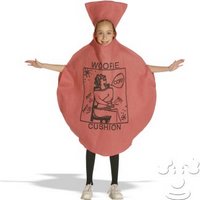 8.15 Kid #1 proudly models the modifications he has made to his Halloween costume. He was going to be a Giant Whoopee Cushion. He has now added a scythe from last year's Grim Reaper costume, and will be The Giant Whoopee Cushion of Doom. I wonder if we should start putting money away for a the psychiatrist he will someday require.

9.00 Kid #1 goes to bed. As the Spouse and I turn out his light, I note that he and his sister share the same smile. It is as if all the world's joy were quietly gathered there, in the upturned corner of the mouth.

9.30 Spouse and I recount the minutiae of the day to each other. A feeble attempt to read in bed.

10.00 JJC wanders off into dreamland (where, he was warned at 8.15 during the command encore performance of Frere Jacques, Kid #2 will be waiting, eating a strawberry ice cream cone).
Posted by Jeffrey Cohen at 9:19 AM

The contrasting lives of different hemispheres:

Thanks for the kind wishes. I love love love love LOVE it here. A day in my life (today): woke up early, showered, grabbed a cup of tea at a nearby shop; met my historian friend from Norway to practice Latin (we're translating the psalms for practice/fun); took a break for lunch and visited the Fitzwilliam museum, where we examined illuminated medieval manuscripts, bits of which we can now read (!); went back and translated for another three hours; went to King's hall for dinner, and ran into a King's grad student studying political philosophy and history of science; moved to the college pub and discussed philosophy, structuralism, and Norse sagas for about three hours; moved to the college library, which has books to its high ceilings, dark walls, and dark corners to read in, and plunked down to read a Middleton play I found on the shelves but hadn't heard of before; came home to play on internet and ... rinse and repeat.

Professionalization be damned. I. am. in. heaven.

(doing my best to avoid joining the deadly email queue. Oh, and this is Liza.)

Liza, you make me wish I could be there as well. Good to hear from you ... and may the joy in your comment stay wityh you all of the coming year.