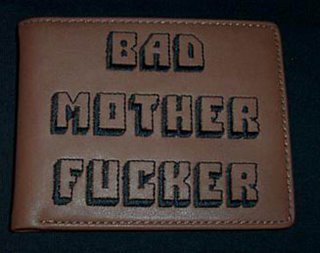 Recently, in the latest edition of Carnivalesque XVIII [hosted at Blogenspiel for September], it was noted that the edition would be a "little light on the medieval ... it seems as though the medievalist bloggers have been blogging their academic lives, rather than their academics, lately. So this particular carnivalesque also includes a few words of encouragement to myself and my colleagues to blog a bit more!!" Okay, in the spirit of "more medieval blogging" [whatever that means, and hey, here at In The Middle, I kind of thought we were doing our best, but . . . anyway], but also to keep it a bit "lite" and continue in the vein of our quest for the real meaning of "medievalism[s]," I decided to conduct a Google experiment centered on the phrase "medieval shit"--as in, "that's some serious medieval shit, man!" or "what kind of medieval shit is this, anyway, man?!?" or "I will lay some serious medieval shit on your ass, man!" and so on and so forth. "Medieval" as an adjective in contemporary discourse, in other words, that connotes the whack, the prehistorically ridiculous, and the primevally savage. One interesting find was the website, inspired by the film Pulp Fiction, badmofowallets.com, where you can purchase the "Bad Motherfucker Wallet" carried by the character Jules in the film, and the purchaser is assured that with every order they will also include "a business card with a picture of Jules on it, and the whole Ezekials' speech is on the card, just in case someone pisses you off, you are ready to say some medieval shit to them." Hmm, so now the Old Testament Ezekiel is medieval? You betcha! Over at myspace. com we have an entry from "Rick" who tells us that his interests are: "listening to and making music. software engineering. medieval shit. stuffed chickens. im totally crackers for cheese." Over at the Urban Dictionary, we find that the phrase "get medieval" might mean: 1) getting ridiculously drunk; 2) Also used when you are invited to a birthday party at Medieval Times and your team wins; a) Oh shit, (Insert Name here) is gonna try to down that bottle of vodka, hes gonna get medieval as hell if he does it; b) (Member of Red team screaming to other team mates) Oh Shit, The Red Knight is just about to stab the Yellow Knight in the throat to win the tournament, we about to get medieval!

I'm afraid to report here that most of my research is taking me to very, very, very scary blogs. I think what that means is that I should uncork a bottle of wine, kick back, and watch Huff, which is exactly what I plan to do next. That show is some serious, um . . . shit. But not medieval shit.
Posted by Eileen Joy at 8:49 PM

Crap, it's late, because I almost started this by saying, "Come on, ...". But we're only supposed to go back as far as the last edition, i.e., two months, for posts, and even here, where usually it's all things medieval, there was that amazing (but unuseful for the carnival!) digression into grad students and professionalism. And I did snag one of Karl's posts! I just find it very interesting that, with all the medievalists who blog, so much of what they blog is not particularly related to medieval things.

I wonder how much of that is because most of the medieval bloggers seem to be women blogging under pseudonyms. It's a lot harder to talk about our actual work when it can identify us. Me? I teach at a very SLAC, don't have a book out, and yet, I don't know all that many other women who work on topics related to mine -- at least no other junior women. There're the two very senior and intimidating women in England, and their many intimidating students, but early medieval is a fairly narrow field anyway. If I were trying to be truly anonymous, I would never mention anything I work on. But still, people do post about teaching the middle ages on occasion. Sorry for the rambling. I just wanted to make it clear I wasn't trying ot insult anyone. It just seems that lately many medievalist bloggers are blogging little that identifies them as medievalists.

Eileen, if you haven't already seen it, this blog might cheer you up somewhat:

I never ever never thought you ["another damnmed medievalist"] were trying to insult anyone, believe me. I really just used your comment over at Blogenspiel as a lever to allow me to post this, um, silly post. Seriously. I try to mix up posts between "medieval" and "not necessarily medieval, but perhaps tangentially so" and "serious" and "not so serious." Anyway, no one, least of all me, felt insulted. I was just "reading around" the blogosphere, as always, to pick up what might be useful here as a launching pad for my inanity of the moment and Carnivalesque served the purpose. Ha! Also, as to your comments re: anonymity, it really bugs me a lot. I myself, obviously, do not blog anonymously, nor am I afraid to share work-in-progress here on the blog, as does Karl, as does JJC, etc. I understand all the very good reasons some persons blog anonymously and also feel it might be dangerous to share work-in-progress too openly. This is yet another instance of something that we in the so-called "profession" must work to change. We need more openness, more collaboration, less fear, less anxiety, less treachery, more love. Yes, I said that.

Well, until people feel safe, I don't know that that's foing to happen. I have a collaborative blog where I do share stuff, but that's locked down. I've posted enough about my research that there are a few people who have figured out who I am, but I do have colleagues who have had unofficial warnings from their administrators to be very careful. I think that tenure makes a huge difference here, and a lot of people who blog are untenured.

I am far less worried about sharing my work (after all, if I put it on the blog, it's pretty clear when I started working on something -- not a bad thing), but I do like to have the divide between my blog persona and the person I am at SLAC. But that's more about the students than it is about sharing with my colleagues. I blog an awful lot about pedagogical things, and I try not to give any details, but if my students knew, I don't knwo if I could speak as freely about what it's like to teach. If that makes sense.