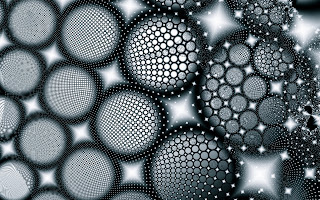 I'm thrilled to announce the launch of a new open-access, online, and print-on-demand journal, to be published annually by punctum books: O-Zone: A Journal of Object-Oriented Studies. I'm especially excited that we've assembled an editorial team and board of advisory editors whose areas of expertise have such a broad and felicitously cross-disciplinary and cross-temporal reach, from political science to medieval studies to media studies to ecology to American literature to philosophy to sociology to religious studies to culture studies to critical animal studies to the fine arts and beyond. See below for our vision statement and the Call for Contributions for our first issue [you can also follow us on Facebook and Twitter].

. . . all these changes concern objects; at least, that’s what I’d like to be sure of.
—from the notebooks of Antoine Roquentin

O-Zone: A Journal of Object-Oriented Studies is a peer-reviewed, open-access, and post-disciplinary journal devoted to object-oriented studies, both situated within and traversing the humanities, sciences, social sciences, and the arts. The journal aims to cultivate current streams of thought already established within object-oriented studies, while also providing space for new pathways along which disparate voices and bodies of object-oriented knowledges might encounter, influence, perturb, and motivate one another.

Situated within a post-Kantian philosophical outlook, where everything in the world, from the smallest quarks to lynxes to humans to wheat fields to machines and beyond exist on an equal ontological footing, O-Zone: A Journal of Object-Oriented Studies invites new work that explores the weird realism, thingliness, and life-worlds of objects. Possible methodological approaches and critical modes might include: actor-networks, unit operations, alien phenomenology, agentic drift, onticology, guerrilla metaphysics, carnal phenomenology, ontography, agential realism, cosmopolitics, panpsychism, insect media, posthumanism, flat ontology, dark vitalism, prosthetics, territorial assemblage, vibrant materialism, dorsality, distributed intelligence, dark ecology, hyperobjects, realist magic, post-continuity, and other paradigms for object-oriented thought still coming into being and yet to be articulated.

The journal will appear annually and be available online, free of charge, and also in affordable print-on-demand and e-reader editions, published in partnership with punctum books.

Call for Contributions: Object/Ecology (to be published in Fall 2012)

Recent years have seen an explosion of interest in ecology in the humanities, sciences, and social sciences, with exciting new conceptual innovations and critically reflective returns to the work of earlier ecological studies. If ecological thought, in its most broad definition, investigates the interrelations and interactions of entities with one another, then the concept and domain of ecology can be expanded significantly, referring not simply to the natural world apart from social structures and configurations, but rather to relations between entities of any kind, regardless of whether they are natural, technological, social, or discursive. In short, culture and society are no longer thought of as something distinct from nature, but as one formation of nature among others. Increasingly, a sensibility has emerged that views as impossible the treatment of society and nature as distinct and separate domains, and instead sees the two as deeply enmeshed with one another. Similarly, ecological and posthumanist developments have increasingly come to intersect with one another, jointly conceptualizing humans not as sovereign makers of all other tools, beings and meanings, but as beings (or objects) among other beings (and objects)—animate and inanimate, human and nonhuman—entwined together in a variety of complex contingencies.

The inaugural issue of O-Zone seeks to expand current ecological dialogues and open new trajectories for ecological engagement vis-à-vis the world of objects, or even world(s)-as-object(s). Authors are invited to contribute short meditations, of approximately 2,000 to 3,000 words, on any object-oriented ecological turn or (re)turn percolating through their current work. Authors might consider the following questions when composing their contributions:
These questions are only suggestions for possible meditations. Authors are also invited to develop their own topics.

For its inaugural issue, O-Zone: A Journal of Object-Oriented Studies will also consider submissions on topics unrelated to ecology, but still within the orbit of object-oriented studies. These contributions might take the form of short essays, longer articles (of no more than 10,000 words), or digital media. In addition, we are accepting reviews of recently published works on object-oriented and new materialism subjects. Queries about the relevance of a given topic or potential review are welcome.
Deadline for submissions is May 30, 2012. Please send all submissions and queries to editors@ozone-journal.com.

I seriously don't know how you can launch a journal named O-Zone and not have a single Romanian speaker on the advisory board... seriously, how many of those luminaries can even understand the lyrics to "Dragostea din tei"?

Irina: you made me laugh out loud. Thank you for that. Please send all recommendations for Romanian editorial advisers to the journal's politburo.

Speaking of ecocriticism, there's an essay I'll write one day (when I'm old and gray, probably) on the poetics of linden, from Goethe to O-Zone, via Berlin.

that does make more sense, yes. May your linden essay come sooner than later.