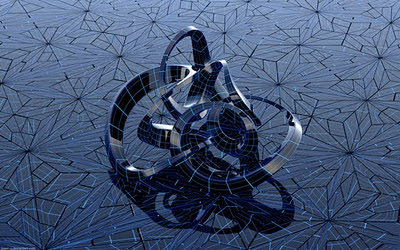 If the Middle Ages is a machine of the Great Indoors, of the Ptolemaic world, of the cosmic egg, then we have to think the Great Indoors is living in the Great Outdoors, not just pointing to it from within.
--Nicola Masciandaro, from his closing remarks to Speculative Medievalisms 2: A Laboratory-Atelier
Continuing in the vein of sharing audiofiles of the talks and responses from Speculative Medievalisms 2: A Laboratory-Atelier, held at The Graduate Center, CUNY on September 16th [go HERE and HERE for digests and audiofiles of the talks and responses by Kellie Robertson, Drew Daniel, Julian Yates, and Liza Blake], I now share here the audiofile of Graham Harman's talk, "Aristotle With A Twist," with a response from Patricia Clough and closing remarks from Nicola Masciandaro. 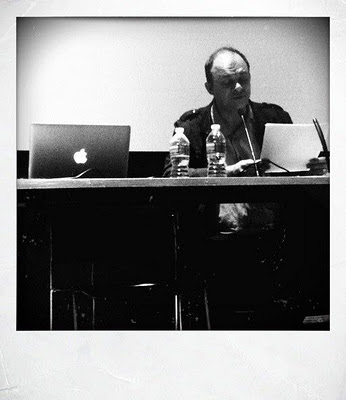 Graham first began by graciously leading us through what have become some of the foundational tenets of his philosophy of objects (and which are most recently articulated in The Quadruple Object, just out from Zero Books), including the idea that, historically, most philosophies have either "undermined objects" (reducing them downward to their supposed "parts" or smaller "components") or have "overmined" them (reducing them upward to their supposed relations with other objects). For Harman, Heidegger is a fellow-traveler with him in his project to restore to objects their irreducibility and primary reality, partly because Heidegger gave us the idea of being as something that is never entirely reducible to its presencing, which it always somehow exceeds (and therefore, in Heidegger's philosophy, singular being, more so than how objects and things change over time, may also be a form of time itself--this is complicated and I refer everyone to Chapter 3 of Graham's book for more elucidation on this point). Thanks to Heidegger, we have a philosophy that draws our attention to the deeper, withdrawn realities of objects which humans, for all of their attenuated consciousness, can never "drain to the dregs." But because Heidegger was also caught to a certain extent in the post-Kantian moment, where he could only think about objects in relation to the human's ability, or inability, to grasp the deeper reality of objects, what he could not see, that Graham himself argues for in his own philosophy, is that objects not only never come into full contact with us, but they also never come into full contact with other objects: nothing in the world, in Graham's philosophy, is ever exhausted by its relations with other objects--something always remains withdrawn, or hidden, in the subterranean depths of objects, and it is to this "reality," as well as its indirect relations with the sensual and experiential world in which we live, that Graham productively tilts his thinking.

For Graham, Aristotle, somewhat perversely perhaps, remains the one philosopher who took the question of a thing's "substance" (apart from its properties and accidents and immersion in and relation to and co-option by other things, substrates, and forces) seriously in a way that might still be fruitful for an object oriented philosophy interested in the "real" autonomous singularity of objects. In the end, in Graham's philosophy, all of us (humans and other things, for we humans are also "things" or "objects") remain, to a certain extent, sealed in "private vacuums," and although, of course, we are every day partially transformed (or taken up) into continuums (like: a symposium on speculative medievalisms!) of which we are and play a part, our status as singular entities is never fully deployed or exhausted in those continuums. In Graham's talk, he explained how the question of why this might be the case was one that Aristotle never solved, but which Aristotle raised more urgently for us than we might have expected. 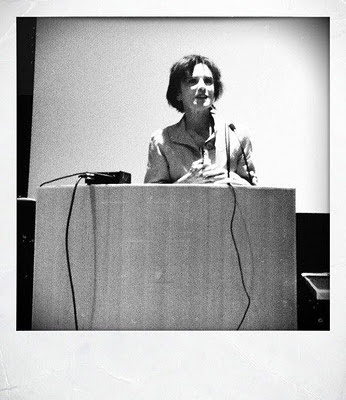 Patricia Clough opened her response to Graham by describing her attraction to Object Oriented Ontology and Speculative Realism because of its "re-booting" of the ontological that "restores wonder for objects, that concedes a causality of allure, offers a take on aesthetics," and also "inserts a refreshing aporia between ontology and epistemology." She then went on to outline three questions for Graham (but was it really four questions?), to which he responded, and then Nicola Masciandaro offered a wonderful wrap-up of the entire event, all of which you can listen to here:


Graham Harman, "Aristotle With A Twist" [with a response from Patricia Clough and closing remarks from Nicola Masciandaro]

If you prefer to download audiofiles and listen to them on a portable, mobile device, go HERE.
Posted by Eileen Joy at 7:31 PM

thanks ej, especially enjoyed graham's explication in the q&a
-dmf

Thank you for this post and for exposing me to some of Graham Harman's work on Aristotle. His claim that Aristotle took substance itself seriously and thus was also able to think the irreducible singularity of being - the way in which things remain always elusive to us even as we are able to articulate something of their truth resonates with my work in Aristotle on the Nature of Truth:

In my first book, ,The Ethics of Ontology," I argue that these two dimensions of things - their accessibility and elusiveness to human logos and noesis - finds articulation in the term "tode ti." Here is a link to that earlier work:

I am particularly glad to have the audio of this discussion and look forward to hearing more about this exchange. I would invite anyone interested in these ideas to listen to the series of podcasts made about the book panel on Aristotle and the Nature of Truth that was held this past spring at the Ancient Philosophy Society:

Thank you for this blog. I appreciate the way you are curating digital artifacts of philosophical conversations.