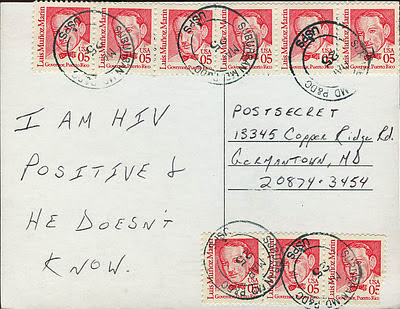 Not for the first time, I find myself stranded in an airport roundabout 8:30 am, Perth, Australia time [lightning storms in Perth on Tuesday grounded many flights, causing a cascade of flight delays today], and while I may get a flight out of Sydney later this evening, it is doubtful I will make it home to Ohio until Thursday [as opposed to the original arrival time of Wednesday evening]. Who can say? I'm happy because I'm still kind of high from the intellectual intensity and playful camaraderie of the International Medievalism and Popular Conference I just participated in here at the Univ. of Western Australia [a big thank you to the organizers: Andrew Lynch, Louise D'Arcens, Stephanie Trigg, and John Ganim], and thanks to the generosity of Stephanie , who gave me a card for a complimentary entry to the Qantas Club, I at least enjoy a comfy chair, wireless internet, and endless cups of espresso and food at no cost. To those who wonder why I have not already started drinking, well, contrary to the legends of Aussie alcoholism, the bar does not open until noon; if it opened earlier, I think things could get ugly in here [insert smile]. I'm weird; I'm actually enjoying myself [although I do miss home and family terribly]. As I've written here before, I love airports and the occasions they afford for mingling with so many people, and for thinking, reading, and writing in the midst of hubbub [which, yeah, I actually like to do]. So I set myself the task this morning of conceptualizing and writing an abstract for a conference happening next Spring. To whit:

My partner's university [Miami University, Ohio] is hosting a really nifty conference from 20-21 April 2012 on Network Archaeology, featuring some eminent network and media theorists, such as Alan Liu, Jussi Parrika, Richard John, and Lisa Gitelman, and what really caught my eye about this conference was its emphasis on polychronic historicities and the re-orienting the temporality of network studies:

This conference will bring together scholars and practitioners to explore the resonances between digital networks and “older” (perhaps still emergent) systems of circulation; from roads to cables, from letter-writing networks to digital ink. Drawing on recent research in media archaeology, we see network archaeology as a method for re-orienting the temporality and spatiality of network studies. Network archaeology might pay attention to the history of distribution technologies, location and control of geographical resources, the emergence of circulatory models, proximity and morphology, network politics and power, and the transmission properties of media. What can we learn about contemporary cultural production and circulation from the examination of network histories? How can we conceptualize the polychronic developments of networks, including their growth, adaptation, and resistances? How might the concept of network archaeology help to re-envision and forge new paths of interdisciplinary research, collaboration, and scholarship?

I myself do not really do media or network studies, but the editing of our next issue of postmedieval, Becoming Media, has taught me a lot about it, and of course I've done some reading in this area over the years -- nevertheless, it's an area in which I have pretty much no real competence. But I see this conference as a wonderful opportunity to have some engaged conversations between modernists and premodernists over the historicity of networks, communication technologies, media, and the like, and it would also allow me to write about something which I've been very fond of and devoted to over the years but have had no occasion to write about -- Tiny Mix Tapes -- and to also keep thinking about a perennially favorite subject of mine: affective communities. Finally, I'd like to have an essay that I could turn into a "dead letter" for punctum books's Dead Letter Office book series, and this just seemed too good to pass up. So, I've written a paper abstract, which I share with everyone below, and I would really appreciate everyone's help with any references you might have for me, whether relative to media and network studies, or the role of the genre of the envoi in medieval poetry.

I should also say here that a big impetus for this paper idea, as well as the Dead Letter Office book series, has been the current situation of the U.S. Post Office, which, thanks to the internet and other shipping competitors, appears to be an institution on the wane, and while I myself have [like many people, I'm sure] stopped writing and mailing handwritten and typed letters and cards, and pay my bills online, etc., I don't want to see the Post Office go under. I think it would be sad not to have a U.S. Post Office or traditional "mail" and stamps, etc. [and that's pure nostalgic thinking], but this also got me thinking about the ways in which supposedly outmoded forms of communication might re-appear as possible mechanisms for subversive communities, and also about the ways in which older and newer communication forms might combine and give rise to new post/al networks.

I’m pretty sure my therapist is going to give up on me soon, and it’s my fault. I need some songs to listen to while resigning myself to being depressed forever.
—theme for a tiny mixtape, requested by James

Somethings that you pretend to like so a boy will love you end up giving you more than that boy ever could.
—anonymous postcard sent to Frank Warren at PostSecret
This paper will examine (or raise) the question of network affects, specifically in relation to (re)turns to outmoded communication technologies, such as the postcard and the mixtape, as seen especially in the hybrid media ventures of Tiny Mix Tapes, where semi-anonymous users request “cassette” music mixes through invented themes such as “unrequited love, 1980-1988,” “I made you fall in love with me but now I’m not sure what I want …,” and “I feel disconnected from my friends, families, and even body: the world is an interesting place,” and also PostSecret, a “community art project,” where people anonymously mail in their somewhat shameful or embarrassing secrets on hand-made postcards. This paper will argue that both Tiny Mix Tapes and PostSecret serve as important switching stations or branch offices for affective-communitarian postal systems that participate in what Derrida would say is both a lack and an excess of address (The Post Card: From Socrates to Freud and Beyond), similar to the medieval envoi, which was very prevalent in medieval troubadour lyric: a short stanza or set of brief stanzas appended to the end of a poem to address an actual or imaginary person outside of the poem itself, which poem then became a sort of postcard as well as a static-ridden telegraph machine (because split between two registers of address).

Ultimately, what I want to explore here is both the historicity of the “postal system” and its relation to affect, through the medieval envoi, as well as the ways in which the mixtape and the post-secret (as intra-temporal envois) engage in what Derrida termed “postal maneuvering,” where we see the entangled operations of “relays, delay, anticipation, destination, telecommunicating, network, the possibility, and therefore the fatal necessity of going astray” (The Post Card, p. 66). This paper will also explore how the specific, networked engagement with older communication technologies (pre-Internet and even premodern) enables a valuable “virtual” space for what the social theorist Scott Lash calls “aesthetic reflexivity,” whereby it is possible to critique (through play) various power/knowledge structures, while also allowing oneself to be spontaneously traversed by others’ emotions, which traversal then becomes a valuable form of queerly im/personal solidarity.
Posted by Eileen Joy at 7:29 PM

Good stuff. I'm thinking especially of the envoi to the Clerk's Tale (I bet you are too), as it goes astray so spectacularly, and as it's such a baroque object, too clever in the way that, say, a handmade postcard is too clever (is it Chickering who wrote that fantastic article on the envoy's structure?). There's a kind of queerness about it, then.

In re: the postcard, maybe it's just because I recently taught some Bhabha on modernity and split subjects and temporal lag, but I wonder if your paper will be able to/want to engage with the peculiar time and need of the US Postal Service, which in rural and especially rural poor communities serves needs that simply won't be met by for-profit institutons, if the USPO pulls out/is allowed to collapse? The arguments on the left for the preservation of the USPO are long and varied and currently forgotten by me, but I can dig up links by tomorrow if you want them

Sounds fun. Postal thoughts, for me anyway, are always opportunities to revisit *The Crying of Lot 49* & think about silent Tristero's empire. Which is something I always like to do. From "too much kirsch in the fondue" to "The Courier's Tragedy..." If postal networks are also paranoid conspiracies or possibly narrative inventions for Pynchon, does that ask us to re-think the pleasures of solidarity?

what will happen to going "postal"?