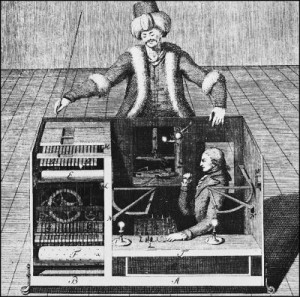 When we think of media studies, which often go by the moniker, "new" media studies, we don't often think of the Middle Ages, or of what medieval studies might contribute to these studies, which often focus on cybernetics, the Internet, contemporary media (such as radio, television, film, photography, and the like), networks/grids/relays (often figured as electronic), data (again, often figured as electronic or post-print), machinic intelligence, and other forms of communication technologies emergent in a supposedly post-traditional modernity. This is not to say that medievalists and early modern scholars have not already contributed important insights to this field -- witness, for example, Martin Foys's award-winning book Virtually Anglo-Saxon: Old Media, New Media, and Early Medieval Studies in the Late Age of Print and Jen Boyle's Anamorphosis in Early Modern Literature: Mediation and Affect. I mention these two works specifically (there are more I could cite) since Jen and Martin have co-edited a special issue of postmedieval devoted to the theme "Becoming Media" (due out this coming March and crowd-reviewed this past summer: see HERE), featuring contributions from medieval studies, early modern studies, and contemporary media studies, and comprising forays into literature, art history, design and affordance theory, dance, visual culture, history of the book, mysticism, and philosophy.

I was therefore really excited when I heard through a friend that Miami University (Oxford, Ohio) would be hosting a conference this coming April on Network Archaeology with a specific focus on exploring the resonances between digital networks and “older” systems of circulation. As their own description of the conference puts it,


The Network Archaeology conference at Miami University . . . will bring together scholars and practitioners to explore the resonances between digital networks and “older” (perhaps still emergent) systems of circulation; from roads to cables, from letter-writing networks to digital ink. Drawing on recent research in media archaeology, we see network archaeology as a method for re-orienting the temporality and spatiality of network studies. Network archaeology might pay attention to the history of distribution technologies, location and control of geographical resources, the emergence of circulatory models, proximity and morphology, network politics and power, and the transmission properties of media. What can we learn about contemporary cultural production and circulation from the examination of network histories? How can we conceptualize the polychronic developments of networks, including their growth, adaptation, and resistances? How might the concept of network archaeology help to re-envision and forge new paths of interdisciplinary research, collaboration, and scholarship?

I actually blogged about this once before back in December as I was writing my own abstract to submit to the conference organizers, and now that the full program is up and running online, I thought I would share that here and remind everyone again of this terrific conference, which I think affords a rare opportunity for those working in pre-modern studies to engage with those working in new media studies over the ongoing critique and development of various systems of communication within and outside of the university: