We are such stuff as geology is made on, our little lives limned by tectonic shift.

Long before New Chaucer Society announced that the next biennial congress would take place in Reykjavik, I'd booked tickets for Iceland and rented an apartment in the city, intending to make the island our family vacation this year.  I'm just back from that trip and am only now catching up on email. 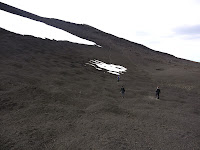 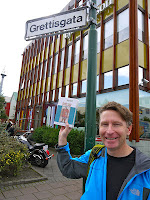 We're fortunate that both our children enjoy hiking, nature, being outdoors -- and Iceland is perfect for those activities. But I also possessed scholarly reasons for a journey so close to the Arctic Circle. I recently completed a triptych of small essays on Grettir's Saga (the introduction to AVMEO, a portion of the essay on "Fire" I've co-written with Stephanie Trigg for the postmedieval issue on Ecomaterialism, and a piece on elemental relations for the inaugural issue of O-Zone). Iceland's youth as a landmass also intrigues me. After all, I'm in the midst of a book on stone, and to explore a place where the geology is so young seemed the perfect way to steer me towards the volume's elusive  conclusion. I'm extremely fortunate to have received research funding from the Guggenheim Foundation to work on Stories of Stone. Combined with support from the ARC History of Emotions project, the Foundation assisted me in traveling to Australia last year, enabling me to think deeply about the relations among materiality, affect, and geo-artistic communication. Stephanie and I meditated simultaneously on Australia and Iceland in our "Fire" essay, and that pairing seemed so catalytic that I decided to use my remaining funds to roam Icelandic glaciers, volcanoes, green valleys and marinal edges to see what lithic narratives might emerge. I don't want to be hyperbolic and state something like the experience changed my life or changed my project -- but in fact both those statements are true in rather profound ways. Wandering Iceland spurred geologic realizations. It's like tectonic plates moving. You don't usually get an earthquake or a volcano announcing that the alignment has shifted or that the shoreline has expanded, because the action is so slow as to be invisible, but sometimes when you look back with enough perspective at the landscape you've traversed you realize that the past is different from what you thought it was, and that means present and future are altered as well. Knowing the ground's innate drift (it is always on the move, has always been on the move), its relentless if quiet friction and its drive towards strange conjunction makes present perturbation more companionable. 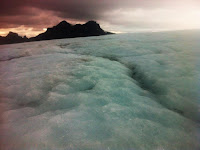 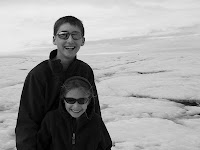 Let me put this another way. I have long known that the ground (and by this I mean the geological strata upon which we walk and build, as well as history itself -- ground as both literal and figurative) is unsteady. Despite our desires for stability, geological and epistemological ground shifts. The desert was a seabed, the whale bones are now atop a mountain, the past is never what we thought it was, everything withdraws but every object also reveals unplumbable depths. Stories of Stone is built around these truths, as well as the conviction that medieval writers meditated upon inanimate matter and came to rather similar insights, expressed within different but sympathetic modes. Rock communicates something nonhuman and yet weirdly creaturely, queerly vital, even to writers who supposedly have all the answers they need in theology or received history. Trekking the ashy wastes around a volcano (Hekla, which last erupted in 2000, and in the Middle Ages was described as Hell's gate -- and was also where Prometheus was filmed, so otherwordly are its dusky landscapes); standing at the point where the Alþingi was once held but also where the North American and Eurasian plates are moving away from each other, sinking the valley into fissures that are also the generation of new seabed; viewing the stones that surrounded the hearth of a homestead built in the tenth century and thinking about how fire and stone have been our best allies for life in a difficult terrain; walking atop the glacier Langjökull, knowing that the ice is hundreds of feet thick and on the move and taking us with it, but also filled with moulins down which the melt swirls and being secretly afraid that Alex or Katherine would vanish into one (that is, being reminded how very much I love my family and want nothing ever to take away what we have, even if all lives are limned by catastrophe); hiking a trail along which the rocks changed in color from red to blue to grey to vivid green, all the while steam hissing from the ground and sulfurous mist drifting: all these experiences were deeply material, affective reminders of something I knew already but needed to stand in Iceland to apprehend most fully. Even the slowest element, earth, is unremittingly alive, animate, creative, archival, generative, destructive, artistic, alliance-loving, ceaselessly transformative.

Maudlin, I suppose, to write such things. But there is always something uncomfortable about coming to such realizations, about losing some detachment and composure. I'd rather be uncomfortable than secure or dispassionate. Journeying through Iceland (and we went pretty far off road, and glimpsed landscapes that I knew from the sagas), hiking land shaped by forces that have in the recent as well as the medieval past obliterated life in torrents of fire, ash, magma, flood and suffocating ice, foregrounded for me the smallness of any life, its precariousness, the fact that we are hounded by disaster, the fact that we do not inhabit these landscapes long. Everything shifts. The island dwells between catastrophes, between fire and ice, and yet its history is continuous, readable, clear. Everything changes (Iceland is slowly growing; eruptions melt glaciers into lakes), a young geology is a perilous geology, and yet when Hekla spews flame the people of Reykjavik get into jeeps and drive up its side to watch the red of molten earth at twilight, or in deep winter seek hot springs in which to drink beer, soak, tell stories, watch the aurora.

Katherine took a picture of me, Wendy and Alex in front of the Tjörnin in central Reykjavik. Our heads were nearly cut off and we loomed like giants: the world from her perspective. It was a small revelation. At age eight Katherine keeps up with us so well that we often treat her as if she is Alex's age. She isn't, and the photo's perspective was a reminder to allow her a prospect hers alone, to allow her to find her own way and not to fit her into our frames. Her picture also showed something else we didn't realize: Alex is taller than Wendy, and so nearly as tall as me. He is fifteen and very much his own person. He flourished on our Icelandic voyage in a way we hadn't seen before. He is growing up. We're losing him, I suppose, or at least we are losing the boy he was. But just as the ground shifts, people shift in their lifetimes, and it is quite a privilege to watch the newness that emerges from Katherine and Alex both.


Before I left DC I thought of Iceland as the closing chapter of my book, but really the island is its every page. Like Australia and Britain and France Iceland is a principal and individual character, a collaborator or writing partner. The book has a prologue and epilogue (Maine, on the rocky shores of which I have come to realize the book's idea erupted, likely when I was Katherine's age), but its geology and history is a story told through the collection of stones I've amassed from all these distant places. 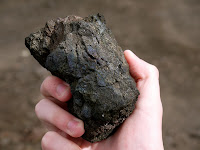 A beautiful piece. I felt similarly affected when I travelled to Iceland for the first time in February. Not only did the weather change seemingly on a minute-by-minute basis (we landed in deep snow, drove through thick fog, were greeted by beautiful sunshine on our trip to a lagoon - I know England's changeable, but this was just on another level entirely), but on our first night we were woken at around 1am by an earthquake! There is nowhere like Iceland to make you appreciate the earth and how THERE it is. Living in London, it's all too easy to forget. In Iceland, the earth speaks... and it's voice must be heard! It's so much easier to appreciate the relationship that this earthly voice has with our multitude of fleeting human voices when you stand at the Alþingi, practically witnessing the earth move in the very same place all those human voices came together so long ago.