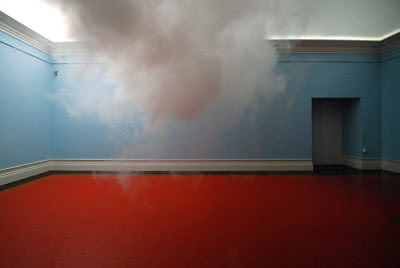 The BABEL Working Group has long been interested in the formation of alliances between humanists and those working in the fields of science and technology, and also between humanists and artists, and between the academy proper and what might be called the alt-academy as well as the academic precariat. We have also taken a great interest lately in the current conversations and debates over "the way we read now," over "surface versus symptomatic" modes of reading, the so-called "speculative" turn (see THIS, THIS and THIS), the so-called "descriptive" turn (see THIS, THIS, THIS, and THIS), and so on.

Inspired (and maybe also, a little frustrated?) by these conversations and debates, and also wanting to broaden these discussions to encompass pressing issues relative to the position (and perils) of the public University-at-large and its social-cultural functions (or increasing lack thereof?) as well as to the digital humanities (to whit, see also this exciting event at GWU this coming week) -- and to also highlight what premodern studies, in particular, might have to contribute to all of this, within the context of *engaged* encounter with our supposed disciplinary Others -- Allan Mitchell, Julie Orlemanski, and Myra Seaman (along with the generous assistance of Elizabeth Allen, Glenn Burger, Rebecca Davis, Steven Kruger, Julia Reinhard Lupton, and Beryl Schlossman) have organized two one-day seminar-style symposia, "Critical/Liberal/Arts," at UC-Irvine on April 19th and at The Graduate Center, CUNY on September 27th (both symposia will also culminate in a special double-issue of postmedieval). They describe the impetus and prompts behind the symposia, as well as its structure, this way:


The “hermeneutics of suspicion” has fallen under suspicion. There has been a turn against “critique” and away from “paranoid reading.” Yet critique — understood to encompass heterogeneous practices of judgment and pursuits of justice — has not outlived its usefulness. Critical/Liberal/Arts is a project and event-space seeking new articulations and performances of critique’s timeliness. We have been inspired by the recent experiments of thinkers, artists, and technologists who are crafting, composing, curating, inventing, agitating, building, healing, resisting, and playing as ways of inquiring into the limits and consequences of our humanities, university, and world. Presenters were invited to think about critique in proximity to other modes of action, especially those of making and creation — to discover creation and critique inhering in one another, or wending apart, or crossing one another again and again like a pair of knives being whetted, or like the faces of the proverbial Mobius strip.

We hazard that many of the categories used to distinguish modes of knowledge production are in practice overlapping or entwined: distance and involvement; criticism and aestheticism; sensation and reflection; detachment and attachment; interrogation and incorporation; interpretive qualification and quantified data; analysis and speculation; control and loss of control before the objects of our study. A survey of the humanities and social sciences at present turns up projects that transcend traditional rubrics and do not remain in their respective fields at all — but rather, cross out of academia and continue on to other planes of social practice. These projects represent serious commitments to tinkering, mapping, constructing, organizing, blogging, protesting, ornamenting, fantasizing, digitizing, occupying, and more. We invite accounts of practices from inside and outside of the university that might be counted among the new arts of critique, or new modes of critical creation.

Presenters have been encouraged to avoid post-critical hype and anti-critique retrenchment. Polarizing these issues has helped generate powerful critiques-of-critique as well as strong defenses of traditional critical frameworks (such as Marxism, feminism, queer studies, race studies, postcolonial studies, post-structuralism, and the like). But we are interested in exploring theories and practices beyond the polemic. To wit: What are the new scenes or spaces of critical invention? What different faces might critique have? What does it feel like? What does it do? How does historical consciousness play a role in generating new forms, tools, or ideas? What does it mean to be “uncritical”? Is there an erotic hermeneutics, pace Sontag, or an eros of critique? How do we engage criticism and art and techne against the actuarial interests of the corporate university? Can we “afford” to nurture speculative creation, or pure science, in an age of austerity? Do delight, rapture, or the drift of daydreams have a role in criticism? Is there value in maintaining what separates the injunctions to critique and to create? How might our practices cross-pollinate the sciences and the fine arts? Or politics and aesthetics? Or the future and the past?

If you are in the Irvine or NYC area this coming April and September, please join us, for we seek a ruckus! To find out more about the line-up for each event and how to pre-register, go here: