Let Us Now Stand Up for Bastards: The Importance of Illegitimate Publics 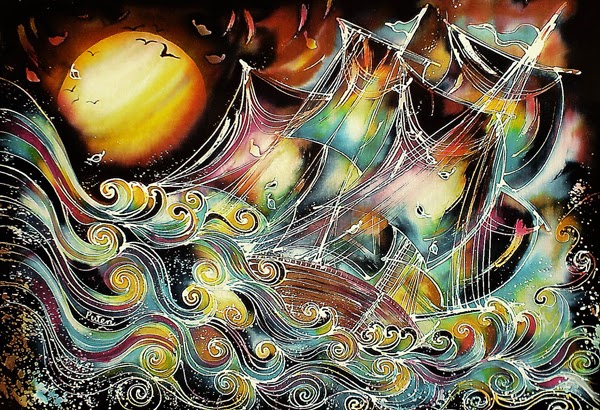 I recently had the great pleasure and honor of participating in the recent symposium, "Disrupting DH," convened under the auspices of GWU's Digital Humanities Institute, managed by Jonathan Hsy, M.W. Bychowski and Shyama Rajendran, and blogged about already, quite eloquently, by Jonathan Hsy, Angela Bennett Segler, M.W. Bychowski, and Alan Montroso (the symposium's live-tweeting has also been Storify-ed HERE and it is importantly connected to the larger "Disrupting DH" project, which was inaugurated at the 2015 MLA Convention in Vancouver and will eventually be published in a variety of platforms, by punctum books).

The symposium was significant, in my mind, for bringing together 6 speakers (Angela Bennett Segler, Dorothy Kim, Jesse Stommel, Roopika Risam, myself, and Suey Park) who are not just DH theorists, but also DH makers and/or activists. I would never privilege DH making, by the way, as the ONLY way the humanities will somehow move forward (and thrive) -- I believe instead in cultivating what I call a "biodiversity" of practices and modes of thought within and outside of the Academy: just as with various biospeheres, a diversity of communities of living organisms, and the (productive and mutually-sustaining) connections between those communities, promises an ecological well-being that certain measures of supposed "economic" austerity and competition for resources NEVER WILL provide. Nevertheless, it was refreshing and invigorating to be part of a symposium in which various notable practitioners of the so-called "Digital Humanities" were asked to collectively re-think what "disruption" means, or might mean [historically, theoretically, practically], at a point in time when DH is often spoken of as a sort of monolith in ways that distress early adopters such as Kim and Stommel, who have written in their prospectus for the "Disrupting DH" project --


Many scholars originally were drawn to the Digital Humanities because we felt like outcasts, because we had been marginalized within the academic community. We gathered together because our work collectively disrupted the hegemony and insularity of the “traditional” humanities. Our work was collaborative, took risks, flattened hierarchies, shared resources, and created new and risky paradigms for humanities work. As attentions have turned increasingly toward the Digital Humanities, many of us have found ourselves more and more disillusioned. Much of that risk-taking, collaborative, community-supported, and open-to-all-communities practice has started to be elided for a Digital Humanities creation-and-inclusion narrative that has made a turn towards traditional scholarship with a digital hand, an interest in only government or institutionally-funded database projects and tools, and a turn away from critical analysis of its own embedded practices in relation to issues around multilingualism, race, gender, disability, and global praxis.

So, again, I was honored to be part of this group of scholars and, decidedly, activists, who committed themselves, if even for one Friday at the end of a chilly and windy January, to re-thinking and challenging what we [whoever "we" might be] think we mean when we say, "Digital Humanities."

My own thoughts, of late, have often grown dark. In the almost 2 years since I stopped receiving a paycheck from Southern Illinois University and began to devote (almost) all of my (uncompensated) labors to running and sustaining punctum books (and in tandem and partnership with Dan Rudmann, who ignited and runs punctum records, and who is my partner in all labors we have jointly devoted to a recuperative public cultural commons), I have mainly encountered the specter of financial ruin and a variety of institutional, foundational, and other impediments that have given rise to no few feelings of despair (and occasionally, anger). It turns out that the ventures most worth fighting for are never the easiest, the safest, nor the most popular (nor able to be instrumentalized by those who therefore need to clear you out of the way, or more minimally-but-no-less-harmfully, act as if you don't exist), and they are also the most difficult to explain to funding agencies who like to hear the same buzz-words over and over again (like "born-digital," "mega-journal," "massive open online" anything,  "outputs assessment," "data visualization," "aggregation/disaggregation," etc.), while at the same time there is no end to the numbers of persons who require the safe harbor and sustenance of such ventures. One has an existential obligation to "go on" even while one feels, "I can't go on." My own contribution to the symposium, originally titled "Down With Authority: The Importance of Illegitimacy," was written in a spirit much aligned with Kim and Stommel's disillusionment with the ways in which DH has become more of the business-as-usual, but also with a fierce commitment to keep insisting otherwise [which I believe meshes well with the overall ethos of the larger "Disrupting DH" project and its practitioners]. My talk was also partly structured as a response and riposte to Johanna Drucker's essay in the Los Angeles Review of Books, published in January 2014, "Pixel Dust: Illusions of Innovation in Scholarly Publishing." So, without further ado, I share with everyone here the audiofiles of the talks by Angela Bennett Segler and Dorthy Kim -- “Medium Data–Machine Reading, Manual Correction and the End of the Archive” and "Disrupting the Archive: The Ethics of Digital Archives," respectively -- along with an expanded (textual) version of my own talk, which is going to be published in Chiasma: A Site for Thought, as a follow-up to my earlier Chiasma essay, "A Time for Radical Hope: Freedom, Responsibility, Publishing, and Building New Publics."

Dorothy Kim,
Disrupting the Archive: The Ethics of Digital Archives


Let Us Now Stand Up for Bastards: The Importance of Illegitimate Publics[1]


[What might be] the possibility of liberating oneself from a cycle of disengaged production motivated by a craving for legitimising praise? Paradoxically, I looked toward a mutual admiration society — to that ecstatic reciprocal attention-paying of lovers — as an alternative model for understanding how and why intellectuals might freely collaborate.

~ Frances Stark, Structures that fit my opening and other parts considered in the whole (2006)

In her essay “Pixel Dust: Illusions of Innovation in Scholarly Publishing,” published in the Los Angeles Review of Books last January, Johanna Drucker cautioned against what she calls “the hyped myths of digital publishing.”[2] Drucker, who has described herself as both an “aesthetician” and “token humanist” within the digital humanities and information sciences[3] (where she has played important roles, both at the University of Virginia and, more recently, at UCLA), believes there are many “prevailing misconceptions” relative to digital scholarship, such as —

·      that it is “cheap, permanent yet somehow immaterial, and that it is done by machines”;

·      that “everything” is digitized and that everything digital is available;

·      that it participates in all sorts of “fantasies about crowdsourced, participatory knowledge generation that would essentially de-professionalize knowledge production”;

·      that it operates with a “business model in which publishing thrives without a revenue stream”;

·      and, that it provides multi-modal platforms for dissemination and reading that go far beyond the supposed flat “linearity” of the print book.

2.     that the Academy-proper “provides a gold standard of scholarship” that is valuable precisely because that scholarship “filters” downward and “stimulate[s] thought in virtually every field of human endeavor”;

3.     that “[h]ard, serious, life-long dedication to scholarship, the actual professional work of experts in a field,” should “remain at the center of knowledge production”;

4.     and, finally, that the humanities should be careful not to risk its “cultural authority in the process of becoming digital.”

If, living under the pressure to perform, we begin to see that a state of exhaustion is a horizon of collective experience, could we then understand this experience as the point of departure for the formation of a particular sort of solidarity? A solidarity that would not lay the foundations for the assertion of a potent operative community, but which would, on the contrary, lead us to acknowledge that the one thing we share — exhaustion — makes us an inoperative community . . . . A community, however, that can still act, not because it is entitled to do so by the institutions of power, but by virtue of an unconditional, exuberant politics of dedication.[28]