First read Jonathan Hsy below on the George Washington U Digital Humanities Institute's "Disrupting DH" event, paying particular attention to the CALL TO ACTION at the bottom.

Two things for you to do, whether you're not in NYC or you are.

First, the Old English poetry project, made by Bob Hasenfratz and Miller Oberman. I saw Bob present on this last night at the New York Medieval Club, where he described the project and walked us through some various ways of presenting translations of several Old English maxims. How should compounds be presented? How should punctuation be handled? Line breaks?

More importantly, he asked US to comment and to use this website in our teaching. Note the COMMENT function here, for example, which you'll find throughout the site: quibble with translations, make suggestions, build in your own glosses, have your students work out projects, and so on! The field's open. And continue coming back, as Hasenfratz and Oberman aim to translate no less than the entire poetic corpus of Old English. Those of our readers who are heavy into Old English and translation -- David Hadbawnik and Dan Remein for example -- may want to play around with Bob and Miller's manifestos, in particular (not least of all because Dan, along with Lawrence Venuti, was the guiding, and oft-cited, spirit of Bob's presentation).

Second, PS1 just opened its show on Wael Shawky's Cabaret Crusades. First, I recommend reading Matt Gabriele's tweets on the crusades here. It'll just take a couple minutes. For a slightly longer take, Dave Perry in The Guardian. Then get out to Queens, if you can, between now and the end of August, to see Shawky's marionettes and films, which base a retelling of the first and second crusades on Amin Maalouf's The Crusades Through Arab Eyes. Here's Shawky explaining the project (with French subtitles)

And here, a few of my photos from yesterday. If you're in NYC, I recommend doing what I'm going to do: grab your artist friends and make a day of watching the films. I suspect this will be my favorite PS1 show since their Schlingensief retrospective (confiteor: I tend to love PS1) 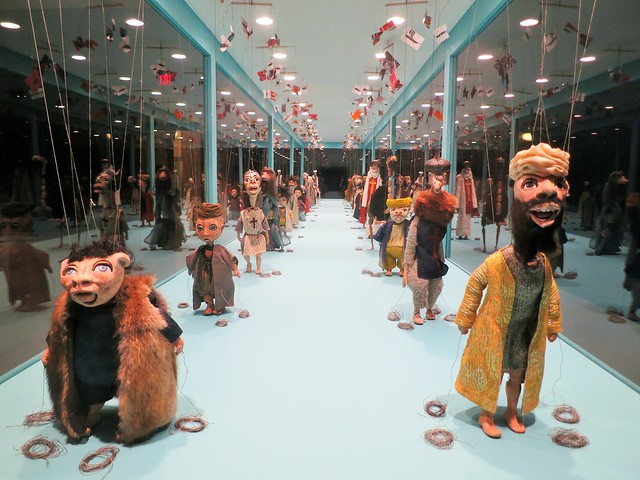 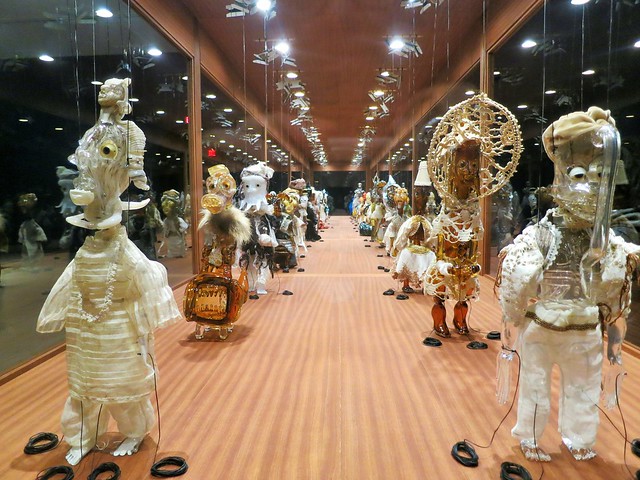 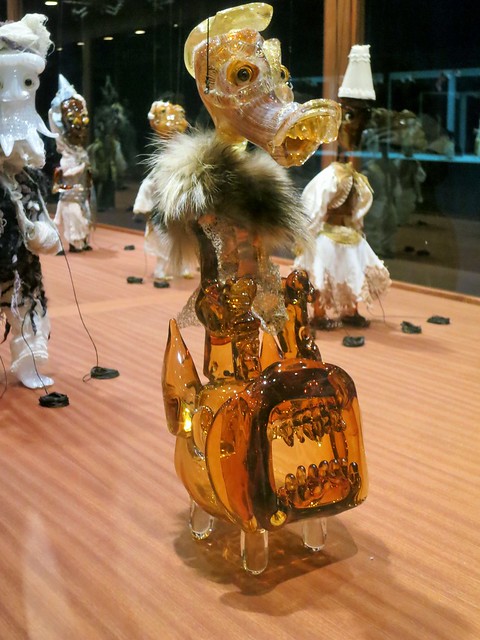 Posted by medievalkarl at 10:41 AM

Been hearing more and more about Bob Hasenfratz’s Old English Poetry Project and am happy for the attention he has been receiving for it. I’ve been posting my translations of Anglo-Saxon poetry for years (since 2007) at the Anglo-Saxon Narrative Poetry Project (new URL: http://anglosaxonpoetry.camden.rutgers.edu), and am eager to see if his efforts help get the process of translating this important corpus afresh the attention it deserves. When I started doing my work at ASNPP, no one else seemed to be doing verse translations beyond Beowulf at least publically or in bulk. Now with the publication of the Word Exchange and Robert Bjork’s volume of the Poems of Cynewulf, everybody seems to be interested again. Which is great—and I’d like to see more of it in a myriad of online and print venues.

News about ASNPP, I finished the majority of the narrative poems with a translation of Beowulf (finished October 2014, it’s in the process of correction and amendment). Recent work includes all of the Old English riddles in the Exeter Book (finished January 2015) and the distressingly-obscure dialogue of Solomon & Saturn (January 2015). I’ve recently been working on the other poems of the Exeter Book as well as making slow headway on the 1700-line bulk of the woefully undertranslated Metres of Boethius. Slowly but surely, I too intend on translating the entire poetic corpus. It’s a slow process but very much fun, and so it will happen sooner or later.

You & Eileen were some of the earliest encouragers of my work, and I just wanted to give you an update on how things are going over here.

Oops, when I said "you" I mean Jeffrey! My mistake!