Reality, Television and the Middle Ages 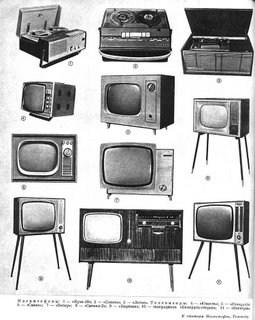 At least it does involve television: one of my favorite essays in this unusual volume is entitled “Outwit, Outplay, Outlast: Moral Lessons from Handlyng Synne and Survivor.” In the medieval version of the show, by the way, Chaucer forms an early alliance with Gower but is quickly betrayed, making him the first castaway voted off the island.

Check out the abstract for Reality, Television and the Middle Ages and let me know if you have any thoughts. I'll be happy to cite you in my piece.
Posted by Jeffrey Cohen at 1:42 PM

This looks to be quite interesting--when will it hit the shelves at a bookstore near me?

I'm reminded also of a talk that Bruce Holsinger gave at the Medieval Club of New York several months ago in which he discussed use of the term "medieval" in Bush Administration speeches and press releases. There's good thining of this sort going on, and I eagerly await the book...

Fascinating! Can't wait to read the book! This is just a useless aside, but have you seen Flavor Flav's "Flavor of Love" on VH1? His use of clock's seems particularly relevant to the book's engagement with time. (a parody of the bachelor, flav looks for love, holding 'clock ceremonies' rather than rose ceremonies). Perhaps it's more early modern than medieval, but when i watch this 90s lyricist hand out clocks, I can't help but think of all of those lovely 16th century lyrics advising young virgins to make much of time, and gather their rosebuds whilst they may! It's at once a riff on "sur-real" parodies of reality, a reworking of sambo stereotypes, a defanging of a former public enemy, an elaborate courtship spectacle, and a grotesque celebration of bawdiness... all wrapped up in this image of an absurd man and his time-machines.

I think the book is missing an article comparing the Crusades to Operation Iraq Reconstruction. Is it too obvious? The Pope, the Bush family...

Anonymous 1: The book's critical engagement with time -- and commitment to thinking temporality outside of linearity and progress narratives -- is what intrigues me most about it. I hadn't thought about the presence of clocks (doesn't an eerily anachronistic alarm clock sound in Shakespeare's Julius Caesar?) nor about Flavor Flav nor even about VH1 ... but I will.

Anonymous 2 and JKW: The resurgence of the medieval under Bush has indeed been treated by Holsinger, or at least I hear that it has. Isn't he working on a book on the topic? Lisa Lampert has a good, engaging essay on the subject, too: "Race, Periodicity, and the (Neo-) Middle Ages" Modern Language Quarterly 65 (2004) 391-421 [this was the special issue of MLQ decicated to "The Postcolonial Past"]. Personally I don't have much to say about contemporary rhetoric of crusade other than (1) it scares me and (2) it's dumb.

Holsinger is indeed working on a book about this stuff. The part of his talk that I liked best was the part when he said that most of his research involved going to WhiteHouse.gov and typing "medieval" into its search engine.

Do you know if the Moore essay on Werewolves, Outlaws, and Bush makes reference to Agamben's State of Exception? This work complicates the notion that Bush is returning to something premodern in his extrajudicial actions by showing—following Benjamin—that the modern state is always in a state of exception in which the judicial is founded impossibly (and here I do the argument a gross injustice) as much on as against the extrajudicial.

Another Q: why is Christine de Pizan spelled with an -s? She was born in Venice and her father Thomas was from Pizanno (near Bologna).

The Eileen Joy piece sounds like it'll be really good....

It's not in More's bibliography, though everything else is -- it's by far the longest piece in the book.

Since I am the worst speler in the werld I will refrain from commenting on Chrsitine de Pis/zan (I blame Chaucer for ruining my ability to spell).

Eileen Joy's writing is TOO good. It says everything I wanted to say in my afterword, and more eloquently than I could. Great stuff on temporal compelxity, and very wide ranging.

No, I'm the worst speller in the world!

Funny! I would never have suspected.

I've tried the Chaucer excuse, but my friends aren't buying it. Once, I explained that I spelled so badly because I read so quickly. As I claimed, my ability to recognize most words by the first three letters stunts my ability to spell full words properly.

The friends laughed and laughed at me, and it's been a running gag for, oh, about 7 years now.

Someday, if you're in town, I'll drag you to my friend Josh's spelling bee: it's a brilliant exercise in group humiliation.

She used to be spelled Christine de Pi-s-an spelling, by the way, through hypercorrection: I think people thought her father was from Pisa...that's all!

Ah ha! Next time you're doing dishes, you might want to listen to this. For a quick version of what you'd be listening too, and a brief vision of the almost glorious triumph of my name-mispelled fiancee (pronounced Raising Arizona-style as FIE-ANCE), see this blog by someone I don't know. Winning word? "eleemosynary"

I don't quite know what to make of the blurb of Uebel's piece on "opening time." His other stuff has been, to this date, remarkable. Where the hell is he these days? If medievalism has lost him, then I may have to stab out my eyes...or something.

Stab not your eyes! MU is alive and well, pursuing a degree in social work at UT Austin and still publishing remarkable work.

Hi--this is Eileen Joy, who occasionally finds herself lurking on the edges of interesting blogs such as this one. This counts as my first ever post to a blog. I just wanted to respond to the person who asked about whether or not Michael Moore was aware of Agamben's work--he is, and Agamben gets cited in Moore's essay in a footnote. I, too, use Agamben in my chapter (mainly "Homo Sacer"), and Steve Guthrie refers to Agamben's "State of Exception" in his chapter on torture. So, yes, we know about Agamben. Our online abstracts are, in some respects, not fully representative of the directions everyone ended up heading in--there will be some surprises, which is just to say that, yeah, the description of Uebel's essays is a little, um, strange and opaque? But the final essay itself, well, it's just a thing of great beauty. And thanks to everyone for being interested in this at all. It's such a hard book to explain that the publisher has been having conniption fits over how to market it.

Thanks for posting that, Eileen. I've been talking the book up quite a bit in person as well as on the blog -- as you say, there is nothing quite like it, and so it is blazing a new trail. It will be inetresting to see how the field reacts to it.