“They only call them pigs when they’re alive.” 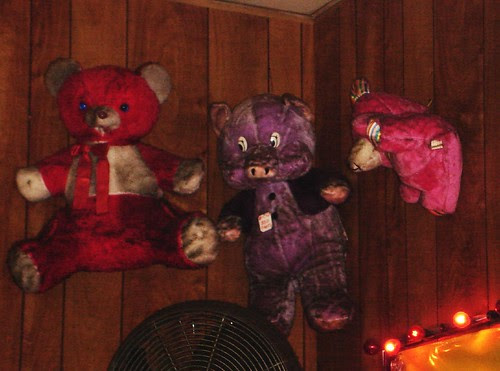 I'm stepping up during this time of exhaustion, figuring that between JJC, EJ, and a bit of me--Karl 'the Grouchy Medievalist' Steel (it is my real name: no jokes please. Norwegian-Americans are too solemn to joke)--we constitute a full, if chimerical, blogger.

I'll periodically share some material from the winding down of my dissertation as a kind of textual precipitate. Perhaps some other stuff too. Some of this, like the discussion below, is material that I can pry free easily from existing chapters, and some of what I'll share, like the discussions of meat or Dolopathos, is just material I love that I might never get to use anywhere else. I'm aimed to find material whose conclusions are somewhat tentative, that might strike a nerve, that, at the least, might be fun, all material I think suitable to be presented in medias res.

One of the works I encountered the course of writing my dissertation is the Testamentum Porcelli (the Will of the Little Pig), a short prose work of the fourth century that, as Jerome complained, schoolchildren preferred to Plato’s Timaeus. The Testamentum takes the form of a dictated will—“since I cannot write with my hand”—in which a pig named Grunnius Corocotta Porcellus (translated by one critic, a certain "G. Anderson," as “Grunter Boarman-Roastpig, Esq.") bequeaths grain and other foodstuff to his porcine survivors and portions of his body to sectors of human society: his bristles to shoemakers, his intestines to sausage makers, and more fancifully, his tongue to lawyers and “to the verbose” and “cinaedis musculos” (muscles to sodomites), until he reaches the end of his own body.

The work is a joke whose humor relies upon the disjuncture between its solemn legalities and its characters, one a cook, usually a low-class comic figure in classical literature, and the other an ambiguous animal. The Testamentum could be comfortably funny only because animal rights or animal consciousness should be inherently ridiculous; a gecko selling insurance is usually much funnier than the human salesman, Ralph, from . Usually. But the effectiveness of the Testamentum’s joke requires that its violence not stay comfortably put, that the animal not remain merely an animal. Freud argues that jokes “evade restrictions and open sources of pleasure that have become inaccessible.” The words of smut, Freud’s paradigmatic example of course, compel the person subjected to it “to imagine the part of the body or the procedure in question and shows her that the assailant is himself imagining it.” The pleasures that the Testamentum opens are pleasures of eating, imagined pleasures of cannibalism in fact; they are pleasures of butchery that need not limit itself to animals; they are pleasures of the hidden, unacknowledgable truth about the carnal companionship of animals with humans. What has been exposed by the “smut” of this joke is the human disassembled in, by, or along with a pig temporarily become a person, a joke in which both teller and hearer are victims who participate most fully only by imagining themselves as edible flesh, as human corpus that finds itself in porcus. It is no wonder, then, that the poem tries a little too hard to keep its joke under control by hanging a patronizing diminutive, porcellus, on an animal whose proximity to the human is what makes the joke worth telling in the first place.

Ambiguity 1. The pig possesses something few animals do, an individual, even familial name, yet this name is little more than a concatenation of pigs’ stereotypical traits, a bestiary in miniature. In contrast, the pig’s animal lack of hand joins him to the human. Although pigs have no hands or any other limb they could use to write, nothing prevents Grunnius from drafting a written document formed in accordance with the law; even most fourth-century humans—of whom most were neither professional scribes nor literate—dictated their wills. Thus the first joke, “quoniam manu mea scribere non potui,” hardly separates Grunnius from humans: he cannot write, but neither could most of his supposed superiors.

Ambiguity 2. The pig’s ambiguity necessarily infects his killer. The cook’s initial words belong to a juridical register: “Come here, homewreaker, garden destroyer, fugitive piglet; today I interrupt your life.” The pig should be subject only to the law of human appetite; a cook or butcher’s ideal indifference to their professional killing depends on the irrelevance of morality to animals. They should be only means, not ends; they should be unsubjectable within thanatopolitics—although this point certainly merits more consideration: maybe there is a porcus sacer? Grunnius nevertheless is subject to criminal, that is, human law, and execution administered by the cook: first, because the cook has deemed him a criminal, a bandit even; second, because the cook characterizes the killing as punishment; third, because the cook allows the pig to make a will, which, even by the nature of the word—testamentum derives from testor (to testify/bear witness)—requires acknowledgement of the pig’s subjecthood; and fourth, by recognizing that the goods to be distributed are in fact the pig’s own to distribute, that is, that the pig has a right to property, even if the property is only food for pigs and his own body, food for us. For all these reasons, the cook blurs the classifications dividing his animal victim from humans. And if he colludes with the pig to flout the animal/human boundary, he also flouts the boundary between executioner and butcher, trades both encompassed in the word “carnifex.”

After the pig asks leave to dictate his will, the cook summons a servant, “come here, boy, bring me my knife from the kitchen that I might make this piglet bloody,” apparently restoring both pig and himself to their proper categories. But rather than immediately using the knife, the butcher pauses to allow the pig to make a will. The hesitation catches pig and cook up inextricably in two disharmonious practices: one in which even to execute a pig is to treat it to a legal procedure to which an animal whose sole function is alimentary should not be entitled, and one in which a legally recognized criminal is to be unceremoniously butchered and then consumed. By failing to resolve this tension, in fact by combining these two practices, the Testamentum defamiliarizes both law and appetite: if the cook simultaneously punishes and slaughters, the law becomes little more than the codification of the pleasures of appetite—or the pleasures of appetite become ennobled by expression through the disinterested rigor of law. In the Testamentum the boundary between butcher and executioner swallows criminal and pig, human and animal. All that finally draws or rather cuts the boundary between butcher and pig is not morality, not the law, not species, but who holds the knife and who—or what—suffers it.

Just popping up to say, "Yay! Karl has a blog-home!" I'm buried in reading right now, and so will engage you actual ideas later, when I can proscrastinate like I mean it.

This is great. I love the line about pleasures of the hidden, unacknowledgable truth about the carnal companionship of animals with humans. That carnal companionship makes the giving of "muscles to sodomites" [cinaedis musculos -- I guess that's the Greek word kinaidos in there] especially suggestive, but I'm not fully sure of what. Is there a joy in being torn apart? Is it an intersubjective joy? (To get really fancy, is it an intersubjective joy in desubjectification? In multiple subjectification?) Do cook and pig partake of this enjoyment in the same way?

PS Where oh where did you get that nightmarish picture of dangling plushies from? Please don't tell us this is your bedroom.

Writing briefly because I really should be getting my class plan in order right now--but who wants to do that?--but a brief word on "cinaedis." My footnote says:

“Sodomite” is admittedly an inadequate translation of a term meant to indicate men whose contemptible feminine morphology is compounded by their unwillingness to maintain proper masculine deportment in their sex acts; they were men who had abandoned the struggle to remain men. For a review of the term and its glosses, see David Halperin, "Forgetting Foucault: Acts, Identitities, and the History of Sexuality," Representations 63 (1998): 100-04.

I wanted to say that the Testamentum belongs to a very minor genre in Occidental literature (where two or more are gathered in my name....). There's also the 'Lament of the Roast Swan' in the Carmina Burana, OE Riddle 77 is an Oyster being eaten (perhaps EJ or heocwaeth can tell us about that), the mid-sixteenth century Legende van Sinte Haryngus (Legend of St. Herring), the Flevit lepus parvulus (the wee hare wept), the angry deer in Marie de France's Gugemar, and a few more I don't have time just yet to find in my notes or list. Voice of the Hind indeed! Not to get. too. (pre)professional. but there's probably an article in there.

The photo's one I took at Coney Island. As for me and my household, we serve the Skee-ball, and the larger prizes in Skee-ball arcades tend to collect dust and grow a bit sinister, since those who would want to win them cannot and those who could win them wouldn't want to collect. The twin of that photo is one I took in pre-Bush New Orleans.

Not to worry: the bedroom's built around a huge depiction of chicken genetics that is more informative than creepy.

Who's the king of typos? Me! Me! Heocwaeth: I had a friend who once declared "you" for "your" his favorite typo, especially when combined, on menus, with the word "enjoy": as in, "Enjoy you delicious meal!"

I, too, enjoyed the line JJC singled out. I used to look at my (dearly departed) cat when she was sitting on my lap purring and say, out loud, something along the lines of: "OK, cat, this is just weird. And kind of pervy. What *is* this relationship we have, because, right now, it's not just because I give you food." And she'd just purr louded.

Meanwhile, Karl, you might actually find this month's Esquire's "Funny Joke from a Beautiful Woman" funny and interesting. (Yes, I read Esquire. Don't mock me for that and I won't mock you for your last name.)

And I wish I could say something smarter right now but I'm realllllly tired.

And I am the Queen of Typos! Woo-hoo!

DVirago: no shame in Esquire, at least none from me. I'm addicted to Gawker, and I admit to paging through the Esquires that come for the upstairs neighbor (although I have to say I leave the Lucky alone).

Nothing yet on the possible erotics of slaughter. Sorry! Paging M. Bataille?

Oh, and DV, just be careful you do that only with your cat.