QOTD: Chrulew on Derrida in Eden 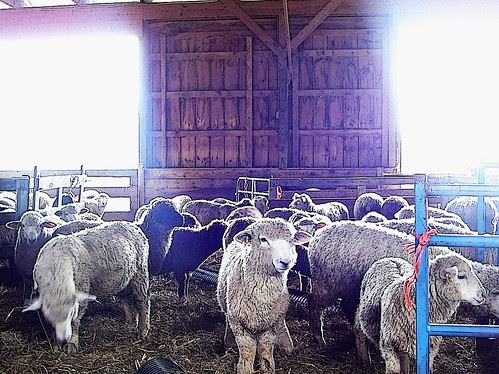 Speaking of Science Fiction writers, last week, Matthew Chrulew (who, so far as I can determine, is a doctoral student at Monash University) did me the honor of letting me read his excellent article "Feline Divinanimality: Derrida and the Discourse of Species in Genesis," published in what looks to be a fascinating journal, The Bible and Critical Theory. I very much enjoyed it, and what's more, I experienced a not wholly unwelcome feeling of uncanniness: Chrulew's conclusion and my dissertation's epilogue have much in common:

Interestingly, Derrida does not name his cat, but, in denying with his appeals to its reality all of the appropriations that necessarily accompany its appearance in his essay, he seeks to retain only the untranslatable pro-noun that marks its individuality: ‘It is a matter … of rendering oneself to the truth of the name, to the thing itself such as it must be named by the name, that is, beyond the name. The thing, save the name’ (Derrida 1995b: 68; see also 58, 89; see also Derrida 1995a: 67). What ultimately guides these (un)namings is the ‘paradisaic bestiary’ (Derrida 2002: 405/287) that haunts Derrida’s philosophy, the vision of an unfallen language more paradisaic even than both the Priestly and Yahwistic creation accounts, which naturalised from the first the cultural distinction between wild animals and livestock (Gen 1:24-25, 2:20). In seeking, chimerically and impossibly, naked words in Eden, he evokes a spectral naming to haunt our relationships with animals: a truly Adamic naming in which man would not differentiate himself (through his shame) from ‘the Animal’ as such, but rather be (unashamedly) in relation to all of the animot in their multiplicity, according to their differences: as species, perhaps, but also as unsubstitutable singularities with their own point(s) of view, every singular existent called by his/her/its proper name. Through this prophetic and profoundly anti-anthropocentric vision, we might approach an unconditional hospitality open to the absolute exemplarity of the unsubstitutable other, in which tout autre est tout autre. Such a naming-to-come would erase the name in search of ‘the proper name in its pure possibility (it’s to you, yourself, that I say “come,” “enter,” “whoever you are and whatever your name, your language, your sex, your species may be, be you human, animal, or divine…”)’ (Derrida and Dufourmantelle 2000: 137–139). It would be in this sense, mythic and nude, that we should inhabit Eden, where ‘whatever the man call[s] each living creature, that [is] its name’ (Gen 2:19).

What's next for all this? At my defense, Samuel Moyn suggested: "nominalism." Strikes me as a good idea.
Posted by Karl Steel at 9:33 AM

Labels: animals, quote of the day

I like. And would articulate this "spectral naming" as a return to naming's deictic essence, its being a pointing or saying of 'that' which identifies at at once keeps open the being of the named. In other words deixis is the linguistic revelation of haecceity, a way of grasping something as an individuality at once intelligible and exceeding its intelligibility. Think of how a child points to something it does not have a word for -- an originary naming, like Adam's of the animals, which might model for the naming to come. Where the names of animals reduce individuals to species and more generally 'the animal' (animot), human names register individuality via their meaningless.

Last night I taught Marie de France's Bisclavret, which is all about naming, individual/species relation, and the animal/human boundary (the genetic punishment of the wife as contrapasso of her blindness to her husband individuality, individuality as marked by the animal-human hybridity, etc.). The lines introducing the werewolf (the species) and Bisclavret (the person) are totally sublime in light of the animot problem: "Garvalf, ceo est beste salvage; / Tant cum il est en cele rage, / Hummes devure, grant mal fait, / Es granz forez converse e vait. / Cest afere les ore ester: / Del Bisclavret vus voil cunter" [A werewolf is a savage beast; / while his fury in on him / he eats men, does much harm, / goes deep in the forest to live. / But that's enough of this for now: / I want to tell you about the Bisclavret (Hanning and Ferrante trans)]. Marie puts aside werewolves to talk about Bisclavret, at once so-and-so and the Breton werewolf. The question of whether to translate "Bisclavret" with or without an article contains the whole issue. H&F choose to drop the article and as they signal in a note treat B. "as a proper name" from the moment of his betrayal, as if he becomes a properly human identity at the moment of entrapment in his animal body. Obviously "Bisclavret" is always both name and word, and thus a term that escapes both the reduction of individual to species and the mystifying elevation of the individual to transcendent personhood. Any reason not to think of Marie's naming as a pretty good example of "a truly Adamic naming in which man would not differentiate himself (through his shame) from ‘the Animal’ as such, but rather be (unashamedly) in relation to all of the animot in their multiplicity, according to their differences: as species, perhaps, but also as unsubstitutable singularities with their own point(s) of view, every singular existent called by his/her/its proper name"?

Fascinating. Derrida is, always, tantalizing when it comes to the proper name. His foreword to The Wolfman's Magic Word by Nicholas Abraham and Maria Torok, and his introduction to a translation of Nicholas Abraham's "Anasemia" in diacritics are both places where he worries the place of the proper name. I mention these two texts since they aren't always among the usual suspects quoted on this topic.

I particularly like spectral naming. Is it your coinage? I think there is something spectral about the name in general (in a postlapsarian view of language that is). In The Ear of the Other, Derrida remarks that to win your name you lose it, and to lose it you win it.

I think our name is always a site of alterity for us. Even though it would seem to be that which is most our own, properly ours, it's always other.