What Is The Meaning of All These Sacrifices?: The Homeric Dream 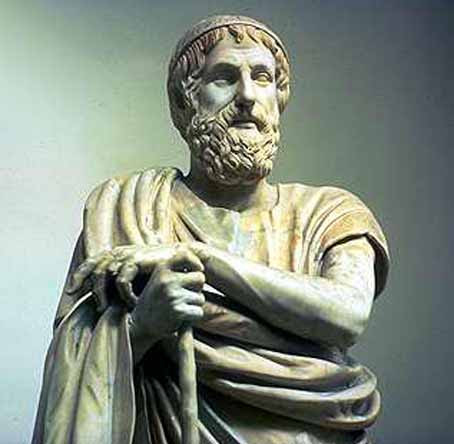 Southern Illinois University, where I teach [Edwardsville campus, just outside St. Louis], recently launched, through our Provost's office, the New Freshman Seminar program, which is designed around required [for all incoming students] first-year cross-disciplinary & team-taught courses, of between 100 to 200 students, that are also "linked" to so-called "skills" courses, such as ENG101. My colleague Michael Moore [Carolingian history scholar] and I thought: what a wonderful opportunity to get over a hundred students in the classroom and read Homer and maybe even see how relevant Homer is to understanding certain notions of Western culture, history, and identity. So, next fall, we will be teaching a New Freshman Seminar titled "The Homeric Dream," which I share with everyone here [Michael gets most of the credit for writing the description]:

HIST111A Introduction to the History of Western Civilization: The Homeric Dream

This course is an exploration of the importance of the works of Homer—especially the Odyssey (although portions of the Iliad will also be included)—in the development of Western history and culture and what might even be called a collective Western unconscious. Homer’s poetry can be viewed as a great storehouse of themes, characters, and artistic styles that have had a tremendous influence over the course of later poetry, drama, fiction, historiography, and philosophy in the European and American cultural traditions. We will trace the challenges that the Homeric legacy has posed to artists, historians, and philosophers alike, and use an examination of this theme as a passageway into the interior core of the Western tradition. The Homeric legacy appears throughout the texture of Western culture, like the veins in marble, and our ultimate objective will be to delineate the traces of these veins in order to better understand the formation, over a long period of time (antiquity to modernity), of Western identity, society, and culture.

Homeric literature has been the source of endless repetitions, imitations, innovations and reinterpretations of particular themes and characters. The “Homeric Dream” of our title refers to the promise of Homeric literature: that the meaning of the pain and tragedy of human existence, as well as the greatest beauties and longings of humanity, can be experienced and encompassed in the realm of epic art. Thus Hegel’s great question about the nature and meaning of history--“what is the meaning of all these sacrifices?”--was answered in the Homeric tradition, with the promise of the transformative power of art. Dramatists such as Euripides and Aeschylus discovered that the realm of tragedy and violent, terrible events could become the source of supreme beauty (the sublime) as well as a spur to the deep transformation of the individual and society. It will be one of our chief objectives to interrogate together with our students whether or not this might still be the case, and further, whether or not art is sufficient to the question, “what does it mean to be human?”

The course will focus on readings that demonstrate the influence of Homer and Homeric themes across the centuries and in different cultural registers. Among the works to be studied: Homer’s Odyssey (and portions of the Iliad); Vergil’s Aeneid; the Oresteia Cycle of Aeschylus; the recent collection Averno by American poet Louise Gluck; the play Philoctetes by contemporary Irish poet Seamus Heaney; selected poems of Tennyson; and Derek Walcott’s book-length poem Omeros, which is set in the Caribbean. In order to interrogate the persistence of “the Homeric” in contemporary culture, we will also view together Ulysses’ Gaze (Theo Angelopoulos’s 1995 film set in the war-torn Balkan provinces), O Brother, Where Art Thou? (the Coen Brothers’ 2000 comic homage to the Odyssey set in the deep South of Depression Era America), and Garden State (Zach Braff’s 2004 film which updates portions of the Odyssey to one young man’s troubled homecoming from Los Angeles to New Jersey and his psychological journey from mental illness to well-being). To enhance the students’ appreciation for the different cultural venues within which “the Homeric” appears and reappears, we will also listen to portions of Henry Purcell’s 17th-century opera Dido and Aeneas and we hope to include a live performance of a Greek drama as well. There will also be some selected readings culled from the disciplines of history, philosophy, and psychology. Finally, to provide a “live action” and creative component to the course, that will also be designed to help students create community with each other and to navigate the university and its environs, there will be a creative video project, in which students will be put into groups to shoot short “Odyssey” films.
Posted by Eileen Joy at 12:00 PM

Wonderful course! I'm glad to see the Wolcott on there.

Of course the medievalist in me wants to see Dares and Dictys on the syllabus someplace...

When I've taught the Odyssey, I found the tensions of hospitality most interesting: how does one tell the difference between a pirate and guest? How does one control the excess of guests? Reading the Polyphemus episode with O's return worked well for my classes. Of course these issues have been treated well by Derrida 'Hostipitality' (in Acts of Religion), but I'd like to say I discovered them for myself.

Another issue of interest might be Godard's "le méprise" in which fritz lang himself is depicted directing a "art" version of the odyssey for an american womanizer. It just so happens BErsani/Dutroit have an essay on it in "Forms of Being"

Especially if students are making their own films...

How about some mention of Jaynes' remarks on the Odyssey in The Origin of Consciousness?

That's a great idea, Conrad, and thanks for making the suggestion. Cheers, Eileen

Hi Eileen. Just stumbled across your blog and thought I'd chime in.

University of British Columbia, where I'm a graduate student, tried to pass a similar entering-freshman seminar through the deeply entrenched Canadian edu-govern-bureaucracy, which sadly failed. It would have been centered around the Odyssey, and one of the major proponents was Ira Nadel (Modernism/Joyce).

That said, the deep resonances that the Homer has in North American culture are profound -- as you mentioned.

I love Joyce's take on it (in the Sirens section of Ulysses) where he reconstructs musical movements through the textual composition. Just a thought, as you already mentioned the mini-film.

Hi John: it's nice to hear from you [the Palgrave book will be coming out in December, by the way]; I'm envious that you get to go to school in Vancouver! And thanks for reminding me of Joyce--obviously we will need to include bits of that on the syllabus, too. Cheers, Eileen

Hello, Eileen et al.: Have a look at a collection of essays by James I. Porter: Classical Pasts, which seems very apropos of our effort to explore new approaches to the whole theme of the Homeric. In fact, the project seems close to Gadamer's way of thinking about tradition.
M.Moore