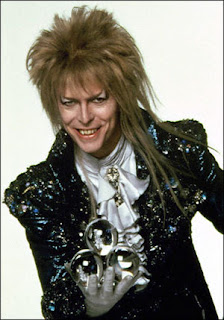 Thanks Bill Benzon for pointing out this article by Edward Rothstein grouching about gay wizards. I should begin by admitting that I’m not qualified, or at least that I shouldn’t be allowed, to comment on the Harry Potter novels. I read the first two, saw none of the movies, and stopped reading when I remembered George Orwell’s essay “Boys’ Weeklies,” where he writes about public school stories. A quote:

[The stories] run in cycles of rather different types, but in general they are the clean-fun, knock-about type of story, with interest centring round horseplay, practical jokes, ragging masters, fights, canings, football, cricket, and food. A constantly recurring story is one in which a boy is accused of some misdeed committed by another and is too much of a sportsman to reveal the truth. The ‘good’ boys are ‘good’ in the clean-living Englishman tradition—they keep in hard training, wash behind their ears, never hit below the belt, etc. etc.—and by way of contrast there is a series of ‘bad’ boys, Racke, Crooke, Loder and others, whose badness consists in betting, smoking cigarettes and frequenting public-houses. All these boys are constantly on the verge of expulsion, but as it would mean a change of personnel if any boy were actually expelled, no one is ever caught out in any really serious offense. Stealing, for instance, barely enters as a motif. Sex is completely taboo, especially in the form in which it actually arises at public schools. (Critical Essays, Secker and Warburg, 1951; p. 66)

Much of the rest of the Orwell essay also strikes me as germane to Rowling, particularly the portions on snob appeal, the “incitement to wealth-fantasy,” and on the types of boys: “the athletic, high-spirited boy…a slightly rowdier version…a more aristocratic version…quieter, more studious version…a stolid, ‘bulldog’ version…[a] reckless, dare-devil type of boy…the definitely ‘clever’, studious boy…[the] eccentric boy who is not good at games but possesses some special talent…[and the] scholarship-boy” (72). Whether or not this actually does describe Rowling’s books--if it does, I accept your compliments, if it (likely) doesn't, well, "My wit is short, ye may wel understonde"--Orwell's essay snapped my already fraying interest.

But here I go, joining Rothstein in commenting on Harry Potter, especially in regards to that last bit of Orwell, “Sex is completely taboo, especially in the form in which it actually arises at public schools.”
This is just Rothstein’s problem: Rowling let sex in by outing Dumbledore. He finds “the question…distracting,” since, after all, there’s no evidence, he says, in the books themselves for Dumbledore’s sexual interest or in fact for any sexual interest at all, unless it is renunciation. And for Rothstein this is just how it should be:

As for his later celibacy, it has the echo of a larger renunciation and a greater devotion. That is, after all, what the fantasy genre is all about. The master wizard is not a sexual being; he has shelved personal cares and embraced a higher mission. And if he indulges in sex, it marks his downfall, as it did, so legend tells us, with Merlin, the tradition’s first wizard, who is seduced by one of the Lady of the Lake’s minions. Tolkien’s wizards — both good and evil — are so focused on their cosmic tasks that sexuality seems a petty matter. Gandalf eventually transcends the physical realm altogether.

Ms. Rowling quite consciously makes Dumbledore a flawed, more human wizard than these models, but now goes too far. There is something alien about the idea of a mature Dumbledore being called gay or, for that matter, being in love at all. He may have his earthly difficulties and desires, but in most ways he remains the genre wizard, superior to the world around him.

Now, as I pointed out earlier (while clinging to the shoulders of giants), sexual renunciation is a form of sexual activity, so I can grant Mr. Rothstein a compliment for recognizing that even Dumbledore’s sexual refusal is a sex life. At the same time, I have to balance the compliment by observing that Rothstein doesn’t care one whit about the het-sex attractions in the series (are there any between any of the teachers?), which alone suggests that despite the stoic noises he makes, it isn’t sexuality per se that bothers him.

The easy trick for a medievalist is of course to open the sexual wizard trapdoor. There’s Eliavrés, in Caradoc, who “pursued [Ysave] everywhere, and enchanted and bewitched her and tricked her so well by his magic, ruses, and incantations that she dishonoured her lord” (Three Arthurian Romance, trans. Ross G. Arthur, Everyman, 1996, p. 6), and who tricks Ysave’s husband into sleeping with a greyhound, sow, and mare on successive nights. There's the tricksy, raping magic dwarf in Ortnit, who sounds in some ways like the demonic lover in Gowther. There’s sexual wizards aplenty in Perceforest, including the master wizard Darnant and his lineage, who rape to woo; there’s Zephir, who like so many wizards, is a go-between; there’s Lydoire, whose obsession with bears even while having sex leads her to bear a furry child. If we expand the range of activities we think of as sexual, there’s also the divinely Celtic trickster Merlin, who is described, among other places, in Philippe Walter’s “Merlin, le loup et saint Blaise,” Mediaevistik 11 (1998): 97-111, and who is, after all, so queer. We might also recall his strange alliance with our hero in the Roman de Silence.

As much as I'd like to hear about other sexual wizards--and feel free to list them in comments! (is Grendel's mother a sexual wizard?)--surely there's something more interesting we can do with Rothstein's desire for sexless wizardry? It's symptomatic, of course, of a lot of obvious things, and we could take our discussion in that direction. Or we could take our discussion in no direction at all, but, for now, if you please, I'd like to hear what you have to say.

And if you want a laugh, check out Michael Chertoff's Anglo-Saxon prose here.

The questions about intention this has raised are interesting, if predictable, but Rothstein seems to be a bit dense in his reading of HP, particularly in his denial of sexuality in the books. Granted, he only talked about Dumbledore in his column, but there's definitely sex in those books: much of the story, especially in the later books, revolves around the characters dealing with puberty, after all. Rowling is never explicit (nothing beyond some make-out scenes in book 6 I think) about the characters' burgeoning sexuality, but it's clearly there. As for Dumbledore, no one I've talked to who has read the books was particularly surprised by this revelation. Lit critics have certainly pulled out stranger things from texts...

Wow, so much to say on that one. I'll limit myself to two as I lurk by Kid #2's door to see if she really needs intervention or is going to fuss it out.

(1) the desexualization of characters (or the displacement of sexuality into other forms, like magic) is a feature of children's literature from its start in the 19th C, isn't it? Also, the figure of the Wise Old Man is likewise also a nonsexual being. Generalization: old folks who express any sexuality are characters in adult comedies.

(2) What's all this about Niviane/the Lady of the Lake being to blame for Merlin's downfall? In the Suite du Merlin, the wizrd lusts after his 15 year old protege and plots to deflower her. terrified of his sexual advances and not all that fond of being violated by the son of a demon, Niviane entombs Merlin to keep his randy inclinations permanently in check.

And don't I remember that in the Lord of the Rings Gandalf falls in love with a lady orc and they sail to the Grey Havens for their honeymoon? Or did I read the unauthorized version?

(3) a bonus. Dumbledore being gay was actually quite the good opportunity for the Harry Potter books' young audience to talk about what it means to love someone of the same sex (and yes, it is hokey that it had to be in youth and for a short time and tragic and be followed by celibacy ... but it is a start in children's lit)

Oh...my last comment was NOT directed toward the fine folks here at In the Middle. I apologize if it came off as a bit snarky.

Re JJC: Children's lit may appear desexed, but that doesn't mean it is, does it? I'm trying to think back to what I read as a kid, and much of it seems to be about the separation of the protagonist from parental figures and subsequent adventures/trials on his/her own, and all the personal/sexual discovery such journeys imply (me, I read lots of Robert Louis Stevenson and Tolkien, as well as the Hardy Boys, but this fits with "Charlotte's Web" or "Peter Pan" as well). HP seems to fit this mold. Whether or not a book sees growth and discovery as a good thing is interesting...HP does, while C.S. Lewis (for example) doesn't.

But this is just my perception. Are there subgenres of children's lit that really AREN'T about separation and growth? Seems possible, but I'm not sure.

I appreciate this thread as it has offered some solid thinking matter for when I actually get a chance to relax and am thankful that I found a place it was brought up in a more mature way than "OMG he's GAY?!" etc...

And the fact that you used an image of Jareth for the post is fabulous.