Some very important questions about blogging ... 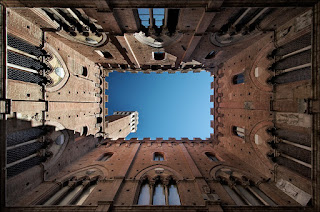 .... appear at Humanities Researcher. They are meant to catalyze conversation for the NCS Siena panel on "Blogging, Virtual Communities, and Medieval Studies." Stephanie Trigg has organized the session, the first time NCS has sponsored a blogging event. Yours truly will present a paper so secret even I don't know its contents. Stephanie, Carl S. Pyrdum III, Jonathan Jarrett will also speak (I will try to leave them something to say). David Lawton will give the response.

I am reproducing the questions below, but please respond to them at Stephanie's blog.

Posted by Jeffrey Cohen at 8:48 AM

wish I were going to be there!

Well, here's the comment I left over @ Stephanie's blog, reproduced in all its glory for ITM...enjoy!

I think this panel is a) vitally important and b) incredibly interesting, as the question of what sort of space blogging might be opening up, or perhaps negotiating within the academic community is one which should concern us all.

We started our blog (shameless plug: http://hwaettheswyve.blogspot.com) sometime last year, and were originally going to just meander through our lives as budding Medievalists at the University of York, detailing the inevitable trials and tribulations (oh, the dizzying highs and mind-numbing lows) of our MA course. However, when we came up with the idea of the Postmedieval Reading Group, we decided we'd use the 'blog as a tool in what we hoped would become an important interdisciplinary conversation within the Centre for Medieval Studies; a sort of difference engine, I guess, which might lead us to discover new and exciting points of contact between our disciplines (whichever discipline that might be) and our particular passion, critical theory.

As JJ Cohen noted in his essay in Brantley Bryant's book, Sarah Rees Jones (who teaches at York) has long been an advocate of using 'blogs as teaching aids within her classes, allowing more informal discussion to develop once the class has finished (whether for the week or, indeed, for its full 10-weerk run). We really hoped that we, having posted something like three of four posts ourselves (on everything from 'Snorri Seems to be the Hardest Word' to 'Chaucer's Cook/Chaucer's Punk'), that we would be able to hand over the writing of the 'blog to others. We have had a couple of responses - Sam Gonzalez, one of my colleagues here, wrote an interesting and thought-provoking piece on globalizing the Middle Ages, as she is currently working on a really rather exciting project involving a Spanish romance which appears in Tagalog in a single MS.

The papers on this panel intersect, actually, and unsurprisingly so, with a lot of what I had intended to say in this comment - specifically, Stephanie, your paper 'How do you find the time' since, as anyone who ever flits over to our site might have realised, we've been a little quiet of late - we were formerly in essay hell and now are well and truly in our own personal circle of satan's dominion with our dissertations.

Perhaps in the end, I'm thinking as I sit here, blogging does allow for new critical and social connections amongst a community which, save for gatherings like Siena and K'zoo, suffers (and benefits) from a great geographical distance, it allows us to initiate new conversations (how else, for example, would I be able to be so wonderfully preserved and presented in all my pretentious verbosity?). Without reading, for example, 'In the Middle' as an undergraduate, I almost certainly would not have ended up studying the MA I currently am studying, that particular 'blog put me in touch with a community of like-minded medievalists who reinvigorated me at a time when I believed my particular (peculiar?) approach would and could never be assimilated. Brantley's 'blog, meanwhile, allowed Ben and me to reconsider our opinion of medievalists in general, reminding us of the immense possibility for humour both self referential and more widely appealing, at a time when we were unable to be exposed to wonderful endeavours like the Pseudo Soc and the BABEL suite at K'zoo!

Perhaps I've written an awful lot without really saying very much. But then again, that's sort of my prerogative and blogging just wouldn't be the same without a few vain and unnecessary rambles, would it?

What an amazing pic!

Thanks for the post, Jeffrey: would love to see lots of responses, as I know a lot of folk won't be at Siena.