Mineral Virtue and Exemplary Rocks: Get Stoned on Two More Audiofiles from AVMEO 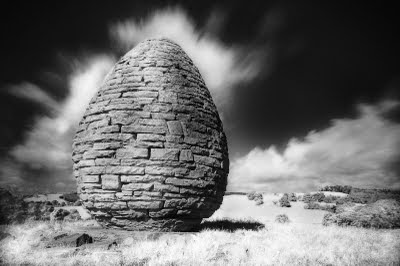 For those who have been waiting for the "stoned" portion of last month's Animal, Vegetable, Mineral conference, I am pleased to share here the audiofiles of the two plenary talks by Valerie Allen and Kellie Robertson, "Mineral Virtue" and "Exemplary Rocks," respectively [and follow the link above if you are interested in accessing the links to all of the audiofiles and blog posts related to the conference]:

The tag-mashup/Latourian litanizer for these two talks produces this:

Stealing a page from Kellie Robertson's talk, which hinged on a singular moment in the opening dream of Chaucer's Parliament of Fowls, where the poet momentarily becomes suspended, at the gate to the temple of Venus, like a piece of iron set between two adamantine magnets (and thus becomes "mineralized"), escape the tyranny of "inclination" (where, supposedly, everything has its natural "place" in Nature, human and nonhuman, organic and inorganic), and this being Friday, get stoned.
Posted by Eileen Joy at 8:28 AM

Thank you, I cannot wait to listen to these. I am deeply interested in the lithic, in the way reading medieval stone allows us to trace new networks of communication with objects through vast expanses of time and perceived boundaries, what rock tells us about our fantasies and dreams and what we can learn about the fantasies and dreams of rocks. And just in time for the weekend!

Andy Goldsworthy! Great sculpture. Next time you are at Leeds you should visit Yorkshire Sculpture Park.

Also looking forward to hearing the papers. Thank you.