Another Madding [postmedieval] Crowd Review: The Holocaust and the Middle Ages 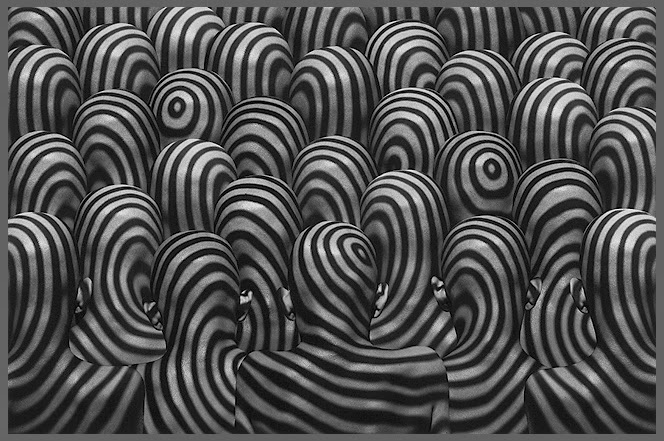 Myra Seaman, Holly Crocker and I are thrilled to announce that postmedieval is launching today our THIRD online, open Crowd Review, of Nina Caputo's and Hannah Johnson's special issue on “The Holocaust and the Middle Ages,” which features the following essays:

We are grateful [again] this Crowd Review is being hosted and stewarded by Kathleen Fitzpatrick and company at MediaCommons, based at New York University, which describes its mission this way:


MediaCommons is a community network for scholars, students, and practitioners in media studies, promoting exploration of new forms of publishing within the field. MediaCommons was founded with the support of the Institute for the Future of the Book, and with assistance from the National Endowment for the Humanities. Through this network, we hope to refocus scholarship in the field on the communication and discussion of new ideas in the field. . . . Our hope is that the interpenetration of these different forms of discourse will not simply shift the locus of publishing from print to screen, but will actually transform what it means to "publish," allowing the author, the publisher, and the reader all to make the process of such discourse just as visible as its product. In so doing, new communities will be able to get involved in academic discourse, and new processes and products will emerge, leading to new forms of digital scholarship and pedagogy.


The emphasis in MediaCommons’s peer-to-peer reviewing system is … not simply on being smart, but on being helpful — and I don’t want to underestimate the enormity of that shift … . [L]ittle in graduate school or on the tenure track inculcates helpfulness, and in fact much mitigates against it. However, for network-based publishing to succeed, the communal emphasis of network culture will have to take the lead over academic culture’s individualism. Again, this is not meant to paint a rosy picture of a community governed by consensus, in which we all just happily get along, but rather to suggest that our ethical commitment to one another requires an active participation in discussion and debate, particularly as listeners; “helpful” criticism avoids logrolling, but it also avoids snark, instead working to press both author and reader toward a deeper understanding of the questions involved. This open discussion will have to become the primary point of network members’ commitment, placing the advancement of the community as a whole alongside the advancement of their own work; only in that way can both the individual scholar and the field as a whole succeed.

The sciences, of course, have been leading the way with open and even post-publication review, and the “internetz,” over the past 10 or so years, have massively shifted the way we read each other’s work, interact and learn with each other as colleagues and peer-learners, and also relate to each other as persons with affects we are now more willing to share — in a sense, to be more vulnerable with each other, and perhaps finally smudge a little that supposed line between “work” and “life.” It is our belief at postmedieval that we definitely need to be moving in the direction of more open review experiments (and let’s at some point hope to make this the norm, and not just the “experiment”), which comprise a valuable form, in my mind, of fraternity, or friendship, and that even the definition of what a “peer” is needs to be more capaciously contoured, to include not just the specialized experts of one’s narrow sub-fields but also members of the more broad intellectual community, both within and outside the university proper — in short, anyone with a vested interest in (or passion for) the subject matter at hand and who has some sort of constructive and helpful advice to offer, whether in terms of methodology and theory, evidence and sources, structure and organization, styles and modes of address, and so on. The crowd review, therefore, (hopefully) models a learning process, and a learning community (even a sort of guild — hey, we’re medievalists!) in which you never know where your best ideas (or advice for revision) might come from. This is to labor together, collectively, on behalf of a humanities we ideally hold in common, where we don’t necessarily agree about anything, but where we share some framework of solidarity.
Posted by Eileen Joy at 1:27 PM