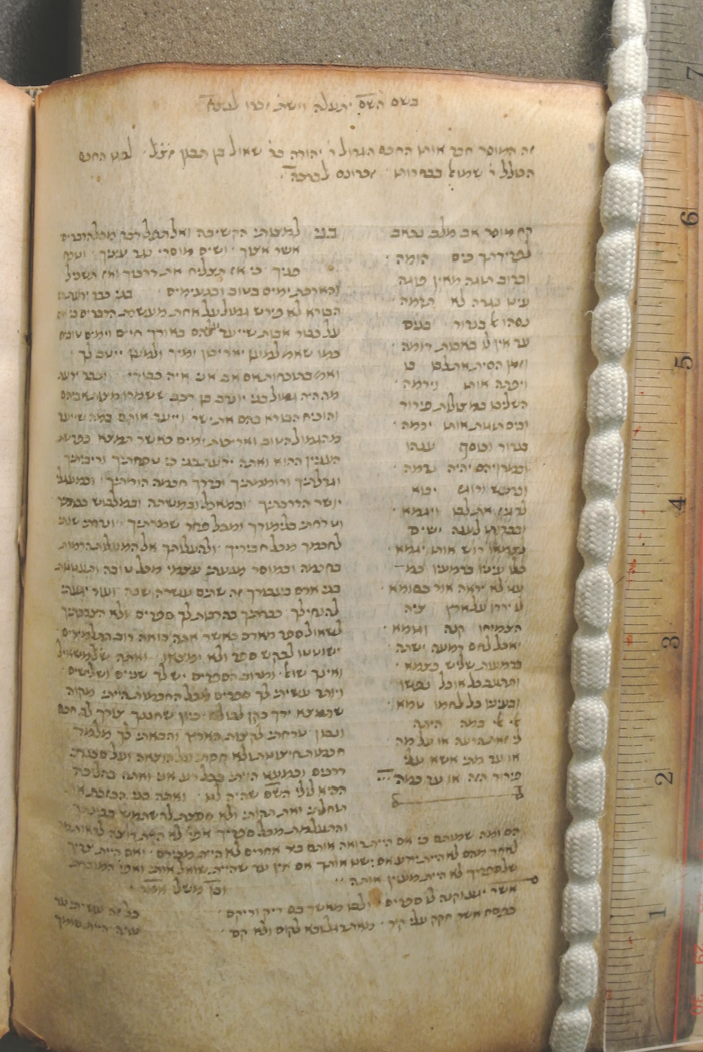 I am super-thrilled to announce today the winner of the 2014 Biennial Michael Camille Essay Prize, the theme for which this time around was "Medievalism and the Margins." I'm especially happy that this essay investigates the marginal position and place of poetry in relation to prose in critical writing, since for a long while now, both the BABEL Working Group and postmedieval have been invested in exploring and enacting poetics as a lyrical criticism.

This essay is a preliminary examination of the relationship between prose and poetry in the work of modern editors of medieval texts, work that typically separates out the two modes of writing, even where they coexist unitarily in the source materials. The principal vehicle for this examination is a unicum manuscript (Bodl. Mich. MS 50) of a twelfth-century Hebrew ethical will written by Judah ibn Tibbon, a Granada-born translator of Arabic philosophical and religious texts who spent most of his adult life in exile in the Provençal city of Lunel. The will is written in both prose and verse; the late medieval/early modern scribe’s decision to consign the prosodic portions of the text to a margin running down the outer edge of the page is evocative of the unease that subsequent students and editors of this and other texts produced by the Islamicate culture of Spain would confront when editing those texts for modern readers. By responding to this manuscript’s provocation of format, the essay stakes out the ground for future and continuing discussion of the marginal place of poetry with respect to the related prose in modern and contemporary scholarship.

S.J.'s essay will appear in postmedieval in 2015 [Issue #2], and appropriately enough, in the special issue edited by David Hadbawnik and Sean Reynolds on "Contemporary Poetics and the Medieval Muse."

HUZZAH for S.J. Pearce, and with deep gratitude to the judges for their hard work examining all of the essays submitted.
Posted by Eileen Joy at 11:59 AM