WE WANT YOU: Nominations for BABEL's (Futures) Steering Committee 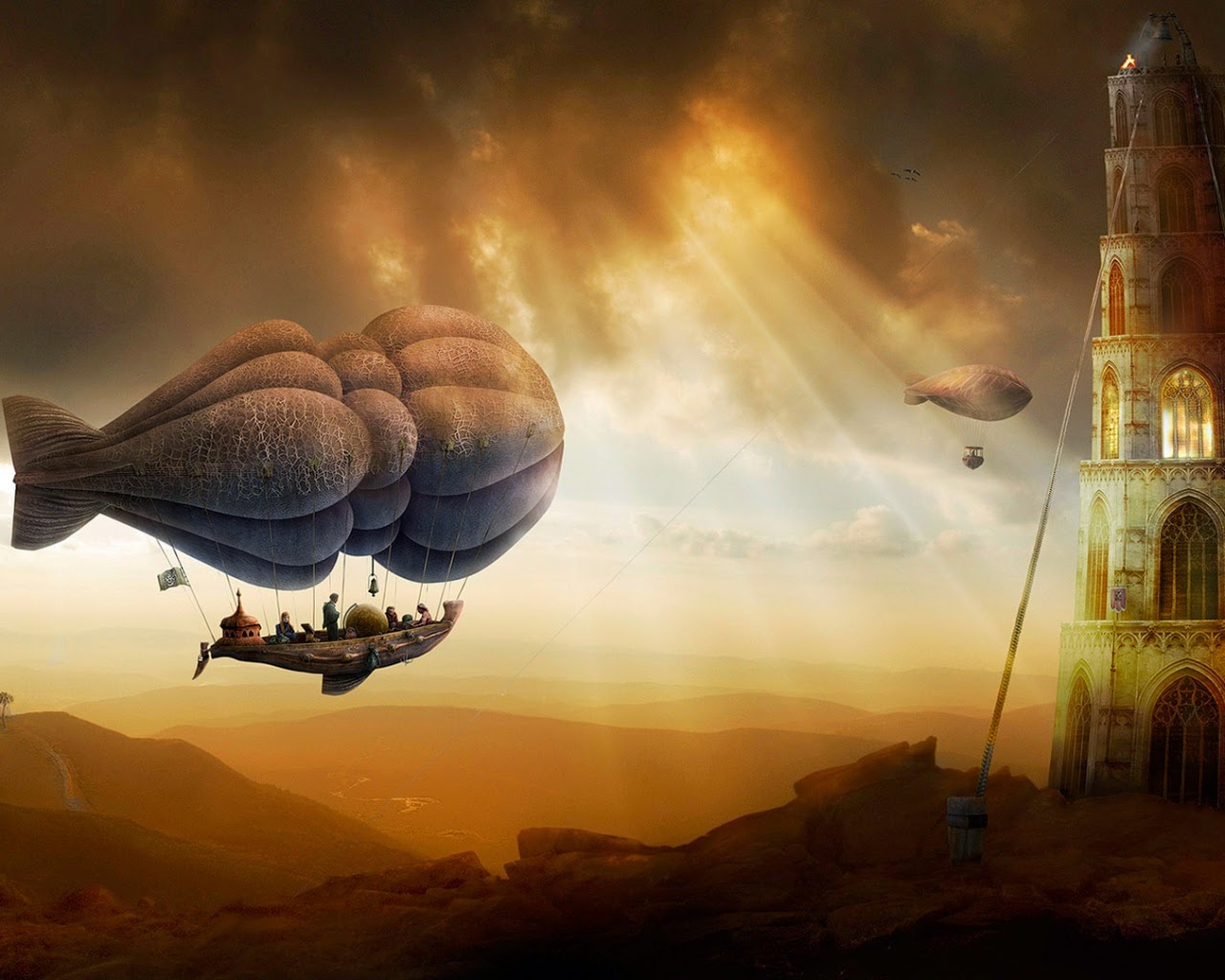 I have always thought of the BABEL Working Group as a desiring-assemblage with, as has often been said/written in many places, no top, no bottom, and only a middle. This is an essential image for me, and it is not just an image: it is an actual un-structure, a very mobile and ever-changing one at that, and one in which I have really placed a lot of faith. This means that the group has to be constantly open to upheaval, change, and directions that cannot be anticipated in advance. It means that the membership is always changing and fluctuating: get on, get off, stay for a little while, stay longer, have a one-night stand with it, or marry it, we're okay with all that, because we're actually trying to help people better engineer and enact *their* projects and desires, which are not always necessarily *our* projects and desires. Hello. How can we help you? Goodbye. Good luck. Keep in touch: we always answer the phone. As I voiced my own desires for such a desiring-assemblage, in an essay published in 2007, "Goodbye to All That: The State of My Own Personal Field of Schizoid Anglo-Saxon Studies,"


There must be room, in my mind, within Anglo-Saxon studies, not just for the individual scholar who wishes to take herself into uncharted theoretical territory (to go and come back again as a lone traveler), but for deleuzoguattarian roaming packs and multiplicities to emerge and join with other packs and multiplicities to create desiring-scholarly-machines and critical machines-machines-machines-machines. This would be, in the words of Jeffrey Cohen and Todd Ramlow, a "process formed of alliances with and through [disciplinary] others, a process not collapsible to either side of a self/other binary, a process always in motion, changing (performatively) in multiple contexts" (Cohen and Ramlow 2005/2006). These alliances would be made up of groups of scholar-machines (an Anglo-Saxon studies machine, a queer theory machine, a post-Norman Conquest history machine, a third-wave feminist studies machine, etc.), each of which would function as "a break in the flow, in relation to the machine connected to it," and everywhere there would be "break-flows out of which desire" would pour forth (Deleuze and Guattari 1983, 37). Ours would then be a field (or machine) that would have to run on the libidinal-intellectual economies of the philologist as well as the queer theorist, the codicologist as well as the new historicist, and so on. I want, further, to see working groups formed across the temporal divides that separate Anglo-Saxon studies from the "other" Middle Ages and beyond, in which groups Anglo-Saxonists would take leadership positions (while also practicing anti-hierarchical collaborative work) and the primary impetus for the disparate "joinings" of these groups would be nothing less than a complete re-envisioning of the humanities and its relation to public thought and life.

Re-reading this makes me wince a little ["nothing less than a complete re-envisioning of the humanities and its relation to public thought and life"? CALM DOWN, Eileen!], but I still hold fast to the idea of a scholarly collective that could actually put deleuzeoguattarian roaming packs into action both within and outside of the university as both political practice and also sustaining (collective) life practice. It's honestly kind of hard to pull off such an idea, and over a good period of time, while simultaneously refusing any sort of structured "ordering" of your enterprise. The BABEL Working Group does not have officers. Nor membership fees. Nor "meetings" with Robert's Rules of Order. We do not have "operating papers" nor by-laws nor charters. We have a bunch of manifestos and a bunch of happenings and collaborations of various sorts and journals and books and presses and stuff, stuff, stuff. We definitely have what might be called an "ethos" and a "mission," but one would have to scour countless posts written here at In The Middle over the years [written by more persons than just me, and responded to in ways that have always helped the group to continually refashion itself in beneficial ways] in order to begin to get a sense of where we've been, what we've believed in, and what we've enacted and tried to enact, but describing BABEL in what is called a "one-sheet" would be practically impossible, and frankly, I'm glad about that. So much of what BABEL is has accrued over time and even in [happily] pell-mell fashion. Like any good desiring-machine.

But here's the thing: BABEL is getting bigger [has been getting bigger] and has been producing ever more break-flows, ever more machines-machines-machines-machines. Things are getting choppy in here and it's getting more difficult to keep the martini shakers balanced on the tables in our ship of fools as it pitches and yaws on the high seas of multiplicities-becoming. SO we decided: let's form a Steering Committee for BABEL, one for which people would volunteer to serve for a period of several years [in different increments] in order to help us think about the future(s) a little bit more. We've decided to get a little more serious about the future(s), because we don't want to just, like, go over a waterfall and never be heard from again [nor do we want to fuck up, and sometimes we do, by unintentionally violating our so-called ethos or breaking something we didn't mean to break or just acting like asses or not getting something important "quite right," by sending the wrong "message," but hey, we didn't mean it, but what good are excuses? etc. etc.]. At the same time, we never want to be the establishment, nor the status quo [and I worry A LOT that some people think we are, and did I say I WORRY A LOT about that?!!?], and if we ever start to *feel* or really *seem* or even *become* that, well . . . Houston, we have a problem. We need to keep agitating and keep changing [and maybe ultimately disappear over the horizon ANYway], while also remaining true to what I [only *I* perhaps, but still *I* but likely also "we*] believe is one of our most important values, or practices is perhaps the better term -- FRIENDSHIP, a shared and INCLUSIVE SOLIDARITY in our endeavours, even when we disagree about all sorts of things. Here is how I put it in a blog post in 2008, "Having the Stubbornness to Accept My Gladness in the Ruthless Furnace of the World: Cruising a Possibilistic, Potential Medieval Studies":


I think the culture of how we do things has to change, and I will expend every ounce of energy I have trying to change it . . . : I want more inclusivity, more voices, more openness, more friendship, more democracy, more experimentation, more kindness, more generosity, more playfulness, more poetry [and less hermeneutics], more roguishness [a la Michael O'Rourke's roguish queer studies], more silliness, more self-ironizing, more freedom, and more awareness that, finally, it’s not a question any more of whether you want to be touched by me or not, because at some level, we are all already touched by everything . . . , and we need to find better ways of both welcoming but also guarding each other’s difference within what is already a world gone mad with touching [good touch, bad touch, and everything in between], while also seeing that, without reaching-toward [which is touch even before this reaching arrives, if it ever does, at its object], we’ll have to think this world, perhaps, too much on our own, and in the usual stultifying ways . . . .

I want a possibilistic, potential medieval studies [anything is possible, nothing has happened, anything could happen], one which could only be achieved with a certain mode of cruising, as explicated in Leo Bersani’s Homos, where we repudiate property and citizenship and narcissistic self-containment, where we refuse to “settle . . . for an intersubjectivity cleansed of all fantasmic curiosity,” and where we ask nothing more of the objects of our desires “than to share a certain space with them” [p. 124]. This also means figuring out how to let others be, how to provide spaces within which others can emerge because they have, partly through my desire for a potentializing and not a totalizing relation, the “freedom to reappear, always, as subjects too inconclusive, too multiple, too unfinished, ever to be totally loved” [Bersani and Dutoit, Forms of Being, p. 68]. We are also going to have to imagine and bring into being new forms of “taking care”—why do we have all these discussions about the health or ill health or future or no-future of our discipline [whether literary studies most broadly or medieval studies more narrowly] and practically no discussions about what we mean to each other in this work? If our discipline fails, it will partly be because we neglected this question and opted for singular and selfish acts of heroism and suicide instead. So, for me, this friendship I want, which I believe is political, and which I want to argue here will have to be the basis upon which any future disciplinarities or interdisciplinarities [or anti-disciplinarities] will be built and hopefully prosper, has something to do with creating new spaces for the enabling and enaction of what Thomas Carlson describes as the most loving, yet also most difficult, gesture: "There is perhaps no act less loving than to step in for another, or indeed all others, so as to make everything already actual for them, given ahead of time; and there is perhaps no act more loving, or more difficult to define, or quite simply more difficult, than to give another the actuality of possibility itself—to give another time and life."

None of this makes me wince. I still believe this is perhaps one of BABEL's most important missions: to continually create new spaces where others can flourish and do the work THEY want to do, not the work I/WE want them to do. And you know what? That requires friendships and alliances built over time, and: WE REALLY NEED YOUR HELP for that to flourish. Has BABEL helped you? Well now, please, help BABEL. As Myra Seaman puts it on the BABEL website:


BABEL wants YOU! to help assemble a BABEL Working Group Steering Committee. This group will work separately from--though of course in concert with--the conference programming committees for BABEL 2015 in Toronto, BABEL 2017 on Saturn, and beyond. The steering committee will focus its attention on guiding BABEL into its gorgeous future(s). Nominations are  sought for TWELVE bright and friendly innovators who work well with others.  The BABEL membership will vote on the slate of candidates to fill the 12 slots (at least 3 of which will be current graduate students, non-tenure track faculty, and non-academics), with each position having a term of 2-3 years. We especially seek nominations of recent additions to the BABEL crew.  Nominate yourself, nominate another (and don’t worry: we’ll contact your nominee to confirm their willingness to serve), but whatever you do, send your nominations to Myra Seaman (seamanm@cofc.edu) by the last moment of October (that is, the end of Friday, October 31). The election will take place the second week of November, to ensure it doesn’t dim the midterm elections taking place in the States the week before.