Meat and Sympathy and the Uses of the Past 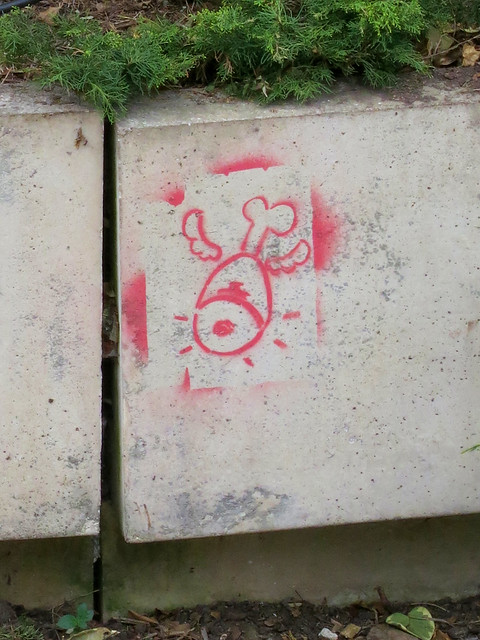 Very pleased to have attended the Shakespeare Association in Vancouver last weekend, where I was part of a pair of seminars on animals organized by Karen Raber and by Holly Dugan and me (for Jeffrey's 2012 report on the SAA, read here).

Key words from both sessions included the following:

As nearly all of these overlap with my current work, I found myself at first unpleasantly suffused with jealousy: how dare these folks talk about worms, bees, swarms, automatic behavior, and all the other main threads of what’s finally moving towards becoming How Not to Make a Human? How dare these Shakespearians get in my business?

But it’s not my business: it’s a community, and what feels like turf-stealing is actually just the inevitable direction of the field and the coalescence of a community of readers. We’re all in this together.[1] And with that, my brain cleared, and I was able to listen with as much charity as this wretched soul could muster.

So: a longer treatment of one keyword cluster: MEAT vs SYMPATHY.

It’s often said that supermarket culture obscures the living origins of animals, shielding meat-eaters from the violence that feeds them. The shock of butchery is key to Sue Coe’s slaughterhouse art, for example, or in the grand reveal, not without sexual violence, of the cannibalistic butchery of female clones in Cloud Atlas (don’t really recommend clicking through). It’s thought that this should turn our stomachs, so that all that’s needed to undo animal exploitation is to force the return of what our antiseptic modernity covered.

The medievalist can observe, first, that it isn’t just the moderns who hid the shock of butchery. The relationship between the English words for animal (cow, pig, sheep) and the analogous French words for meat (beef, pork, mutton) has long been a favored classroom example of class ideology. But if class ideology at once aestheticizes and naturalizes labor relations, it also does the same thing to food relations. The Francophone nobility gets its meat, cooked and served, while its Anglophone inferiors do the dirty business with the livestock, with their bodies and the animal bodies all bodies at the rough mercy of a carnivorous elite accused, more or less metaphorically, of eating both.

The medievalist can also observe that butchery is also already hidden by the urban butchery legislation of the later Middle Ages. London, Avignon, Ferrara, and presumably others insisted that animals be slaughtered well out of sight, and that offal be sold separately and less visibly than flesh, encoding a distinction between guts and meat that continues in the division between extreme and normal meat-eating.

But this medievalist upswelling misses a key point, which is that this concealment of the supposed shock of slaughter was only the smallest part of the medieval (or early modern) meat-eating experience. Raber’s seminar observed that early moderns (like medievals) saw animals being driven to slaughter often; they saw horses beaten in the streets; they thronged to see bears baited; they thought that certain kinds of animals required baiting to be made palatable or delicious (eg, Cleanness, “My boles and my bores arn bayted and slayne” [55; my bulls and my boars are baited and slain]); and they wrote notorious recipes that began with “take a rooster and beat it to death” (called “barbaric” by some, but culinary and hence cultural by better thinkers). They saw all this, and ate as much meat as they could, even marking it as the most pleasurable food by forbidding it on fast days, which, at least for the late medieval Roman church, encompassed nearly a third of the year. Meat was fun! It was delicious! It was fun and delicious even though the passage from animal to killing to meat was, for most people, routine.

We therefore might say that the invisibility of meat production allows the meat industry to continue comfortably, just as the invisibility of labor props up our own crummy system, for whatever value of “system.” We can say all this while still observing that “visibility” is nonetheless not just a matter of seeing something or being near it.[2] As we observed in our seminar, we have an astonishing capacity to rationalize or normalize or ignore the misery that surrounds us and lets us be. Misery becomes its own justification.[3] Every document of civilization, which includes the document we call our selves, is also at once a document of barbarism. Or of culinary techniques. We have to imagine that the apparent willingness of livestock to be driven to slaughter became its own argument for slaughter. Why would they go so willingly if they didn’t deserve to be eaten?

One last point: the notion that the medievals – or the early moderns, for that matter – were somehow more in touch with (animal) things and therefore ate meat more honestly upholds a notion that the real came first and then culture followed, with a gradual diminution of honesty and truth over time, until we get our antiseptic present. This nostalgia for the origin, this belief in the truth of first things, can and has been traced from Plato and his Ideal Forms to postapocalyptic lit (with its survivalist belief in the final return to the truth of nature). This nostalgia also encodes the break between past and the modern, even if, in the case of meat, it locates the break between a combined medieval/early modern animal practice and an industrialized (and presumably dishonest) slaughter that arrives only centuries later.

Regardless of where the origin is thought to be, the idea that people have a primary connection to animals as a whole (say, as children), that socialization as such is the culprit, that subrational “lived experience” is distinct from cultural practice, that getting before culture is somehow going to save us and others, and so on, belongs to the precritical fantasy of origins and the fantasy of the superiority of an imagined direct contact.[4] I’ll counter this all by saying that one advantage of speculative realism is that it aestheticizes everything: objects are not more natural than culture. More importantly, though, I'll say that sympathy requires work. It requires training. It requires cultivation. It requires what we can do as academics, even! And the past is not an answer to our lack of sympathy but rather just one resource for us, here in 2015, to try to do the work of making things better.


[1] (one must presume, with an inevitable thanatopolitical community-cleansing a la Roberto Esposito, although the possibilities for biopolitical management in a SAA seminar is admittedly rather limited)
[2] Putting aside for now the inevitable problems with all sensory metaphors.
[3] Many atheists, for example, haven’t yet abandoned theodicy, with the market now playing God’s old role of sense-maker
[4] Straw man? Maybe!
Posted by medievalkarl at 12:15 PM

One last point: the notion that the medievals – or the early moderns, for that matter – were somehow more in touch with (animal) things and therefore ate meat more honestly upholds a notion that the real came first and then culture followed, with a gradual diminution of honesty and truth over time, until we get our antiseptic present.

Here there's also a simultaneous fetishisation/patronising of past cultures, isn't there? The way the word "honest" is used reminds me of the way middle class western white people co-opt cultural practices that they see as more "honest", "closer to nature""less reliant on technology" etc. There's the idea that "honesty" means simplicity, and that being more "honest" means being both ideologically pure and intellectually unsophisticated.