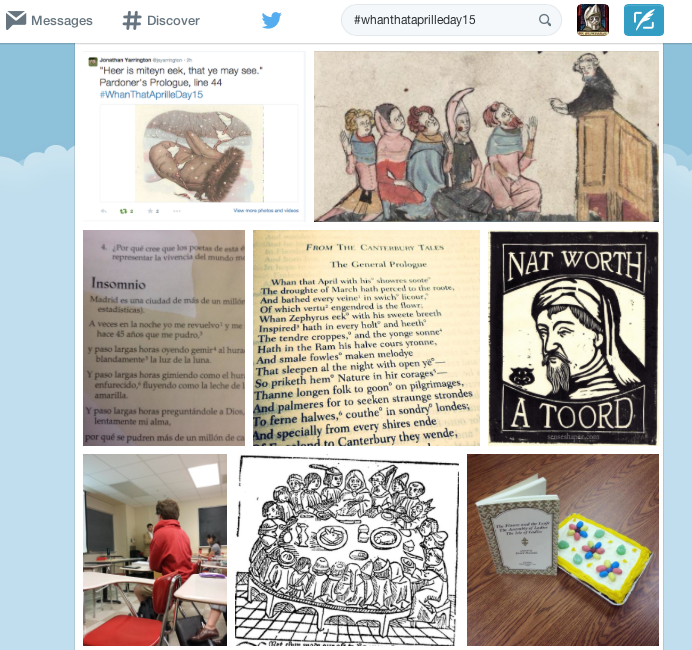 Last year, we responded to a call from the Chaucer blogger (@LeVostreGC on twitter) to launch a new holiday to celebrate old, dead, and/or zombie languages (check out the 2015 iteration of this open call; and here's the recording we posted last year featuring some of the ITM bloggers reading texts in Latin, Middle English, and Old English). The Global Chaucers blog celebrated the first holiday (somewhat mischievously) by posting the opening lines of the the General Prologue in twelve modern languages.

Whan That Aprille Day 2015 has already featured some notable participants. The TEAMS Middle English Texts Series (METS) staged a social media countdown throughout the month of March leading up to today (view the entire archive of tweets here); this effort was spearheaded by Jenny Boyar (@JennyBoyar on twitter). And check out this surprise video of METS staff reading from The Floure and the Leafe!

To join in on the fun, check out the #WhanThatAprilleDay15 hashtag on twitter and marvel at people all over the world tweeting in old languages. And, if you're so inclined, contribute something of your own!
Posted by Jonathan Hsy at 12:18 PM