Welcome to In the Middle, Cord Whitaker!

With great happiness we would like to announce that Cord J. Whitaker has agreed to join us as In the Middle's sixth blogger. Known for his field-changing scholarship on medieval literature and medievalism as well as his generous approach to community making, Cord has been inspirational to our own ethos (here, and here), and we are honored to have him among us!

Please join us in welcoming Cord to ITM. A brief bio follows.

Yours in hope of a better world, 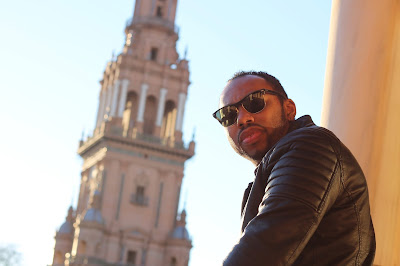 Cord J. Whitaker is Assistant Professor in the English Department at Wellesley College where he teaches in medieval literature and the history of race. Whitaker has received grants and fellowships from the National Endowment for the Humanities, the Andrew W. Mellon Foundation, and the Ford Foundation, among others. Whitaker’s articles on medieval romance, religious conflict, and race have appeared in journals such as the Journal of English and Germanic Philology and the Yearbook of Langland Studies. In 2015, his special issue of postmedieval titled “Making Race Matter in the Middle Ages” earned the journal the Council of Editors of Learned Journals’ Codex Award for Special Distinction in Premodern Historical Studies. “Making Race Matter” builds on the growing number of studies that ask whether race matters to the Middle Ages by focusing instead on how race matters. Whitaker is currently completing a book titled Black Metaphors: Race, Religion, and Rhetoric in the Literature of Late Medieval England and beginning another project titled The Harlem Middle Ages: Color, Time, and African American Medievalism, 1773-1931.

Whitaker and his students blog about race and its history at www.whatisracialdifference.com. Whitaker also co-directs The Spoke [http://www.wellesley.edu/albright/about/blog]—Voices on Global Affairs, the interdisciplinary blog of the Madeleine K. Albright Institute for Global Affairs at Wellesley College.

Posted by Jeffrey Cohen at 7:38 PM