The Canterbury Pilgrims in Trump’s America

“Don’t feed the trolls,” they say. It is common advice for our current politics, whether it is on social media or in person. To some extent, this advice makes sense: a troll specifically refuses rhetorical stasis in order to make rational debate impossible. To paraphrase Chaucer’s Harry Bailly, the tavern-keeper who “governs” the tale-telling contest on the road to Canterbury, why play a game with an angry man? 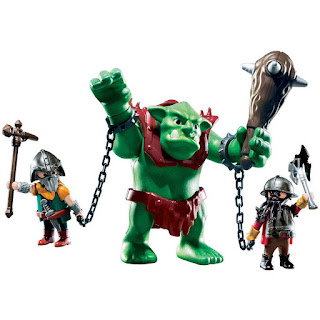 However, in Trump’s America, the troll feeds you. By this I mean that our current political culture lives on trolling, not just in its margins, whether the frog-inhabited swamps of right-wing reddit or the semi-public Facebook pages of our unwoke uncles: for liberal, educated, “rational” America, trolling feeds powerful affects of moral superiority, and those affects help ground what I see as a dangerous dedication to the value of stasis, of peace both rhetorical and political, that is in fact a tool of repression.

Peace is usually one of those political values that provoke little public opposition. We are encouraged to “give it a chance” because the alternative to peace is war, either organized military warfare or social conflict. However, as an academic medievalist, I’m suspicious of peace. Giorgio Agamben’s analysis of medieval political economy places Augustine’s notion of the “peace of God” in the City of God at the center of his explanation of domination. He turns to the “the meaning of the intimacy between glory and sabbatism”: what is at the center of divine kingship is that inoperativity “so essential for the machine that it must at all costs be adopted and maintained at its center in the form of glory.”[1] In the poetry I study, this association between the glorification of power and peace plays out in works like John Gower’s In Praise of Peace. Gower’s work is written to Henry IV, who had just seized power in a coup d’état. Peace is often an enforced good in medieval discourse.

For much modern understanding of the Middle Ages, peace appears natural. While academics have challenged it over and over again, D.W. Robertson’s description of the medieval political order as “quiet hierarchies” has a particular fantasy appeal for moderns. In the midst of capitalism that thrives on competition and class conflict, the bourgeoisie can nostalgically imagine a hierarchy in which domination was peacefully accepted, the very domination that they took from medieval nobles and ecclesiastics. At the same time, they can look back upon the Middle Ages as a time that was both unfree and unwoke. The fantasy finds it a time before racism, where a homogenously white Europe could be either castigated for its external conflicts with Islam, or imagined as the perfect liberal society, in which outsiders can be graciously integrated, as long they are few, and Morgan Freeman.

This fantasy of a peaceful yet still hierarchical world continues to dominate, perniciously, liberal politics. Where I’ve seen it most is in the distaste for protest that has developed not simply on the now ascendant right (who seemed to find protest, even armed protest, remarkably American not so long ago), but on the liberal left, where the “violent attack” on Charles Murray at Middlebury produced the condescendingly gentle counterpoint to trolling, the “think piece” (though with some notable exceptions). What of these youths, the tender snowflakes that just can’t emotionally bear opposing viewpoints? Why can’t they be peaceful? Why can’t they just be quiet and listen to the man who thinks that black people are genetically inferior? I mean, he wasn’t even talking about that specific point! The same thing happens every time there is a protest: protest is fine, as long as it is respectful. If there is violence, whether against the police, a CVS, or a university window, the protest is delegitimized. Violence is never the answer. As Charles Blow states in the piece linked, “Once violence springs forth, moral authority dries up.”

Now it would be fairly easy to point out a place where Charles Blow uses someone like Abraham Lincoln, who authorized and appreciated extensive violence and suspended habeas corpus for political prisoners, as the moral authority to argue for peaceable social discourse, but my point here is neither to troll Mr. Blow nor to advocate for violence. Instead, I argue that our notion of peace is ideological, because we (falsely) oppose it to violence. This makes it impossible for us to properly understand either peace or violence, or to assert a moral value beyond stasis, whether rhetorical or political.

If stasis, if peace is our supreme moral value, it is because we take pleasure in its effect, and the primary effect is maintenance of the status quo, which includes our moral superiority. We are rational actors, and they are not. We have the facts. I have found these arguments in the strangest places: the same people who teach Foucault and Althusser are arguing politics like rational choice theorists and empiricists. We are betraying our politics in order to appear superior, and we are enforcing peace and stasis exactly where conflict is needed.

And here I want to return to Harry Bailly, the host and “governor” of the Canterbury pilgrimage, and his conflict with the Pardoner. The Pardoner is Chaucer’s troll: he undermines the entire rhetorical structure of the Canterbury contest, delivering what many consider the best tale but threatening the moral mission that justifies the fellowship of their pilgrim society with his revelation of its fiction. The Pardoner particularly trolls Harry, suggesting that his very rule over the contest is invalid, and lewdly offering Harry his false relics to kiss, in order to make up for his sin. Harry replies with a threat of violence:

I wolde I hadde thy coillons in myn hond
In stide of relikes or of seintuarie.
Lat kutte hem of, I wol thee helpe hem carie;
They shul be shryned in an hogges toord!

I would rather have your balls in my hand
Than relics or a reliquary.
Let’s cut them off – I‘ll help you carry them;
They shall be enshrined in hog shit! (VI. 952-56)
This potential fight is stopped by the Knight, who insists that they give one another the kiss of peace. Numerous critics have pointed to the sexual violence present in Harry’s reply, especially against a character that is often, and I think rightly, interpreted as queer. I am not arguing that Harry should have followed through on his threat. But Harry’s response takes the Pardoner’s threat seriously (he will not “pleye”; 958), and, in my reading, the Knight’s enforced kiss of peace exposes the real power: the male, heteronormative, and noble monopoly on violence. The Pardoner is, in a sense, right: the penitential economy that grounds the pilgrimage is corrupt, as is Harry’s own contest. Of course, the Pardoner is also the agent of that corruption, and his ironic performance of hypocrisy (like the ironic performance of racism in modern trolling) only further exploits the social injustice to which he points. However, the Knight’s peace keeps the Canterbury fellowship from reckoning with the seriousness of the problem. Instead, the Knight reinforces a stasis that prevents debate, where nothing is serious: “as we diden, lat us laughe and pleye” (as we did before, let us laugh and play; 967). Immediate violence is avoided, but the social world remains exploitative, and hierarchies force others to be quiet.

I argue that solidarity against exploitation and for collaboration are greater social/rhetorical values than peace. While stasis allows for “rational” rhetorical conflict, that conflict often appears to me like the clash of medieval knights—and Erich Auerbach and Frederic Jameson are right to point out that in medieval romance, such conflict erases any form of resistance (gendered, religious, racial, or class-based) to the dominant male aristocracy.[2] It does so by limiting conflict to competition, whose end is victory, and whose social value is always secondary to that end. In Trumpian capitalism, where the only value is victory, dedication to the “free” and “peaceful” competition of ideas opens the space for trolls, who desire victory rather than social good or the nobility of dialogue. We should not extend peace or grant our respect to trolls (especially those, who like the Pardoner, profit from exploitation), and we cannot ignore them either. Our mission, especially as academics and teachers of literature, is to model the pleasures of collaboration, to work against the affective structure of moral superiority, and to revolt against the notion that competition is a necessary or natural state of human social existence.

So perhaps we can rethink “feeding the trolls.” The troll, after all, is traditionally lonely and hungry. While it may be that the best response to a troll is a swift kick (or punch), we might first try to advance a way of life that feeds all those hungry for social pleasure. But stasis is not the answer.

Matthew Irvin is an Associate Professor of English and Chair of Medieval Studies at the University of the South, in Sewanee, TN, where he also serves as the Director of the Sewanee Medieval Colloquium. He researches late medieval English and Latin poetry, and is currently working on a book about pity. He also is proud to be the adviser to the Sewanee Young Democratic Socialists.