[ITM welcomes ongoing informed conversation about the recent challenges to medieval studies as usual that have unfolded at conferences and across social media: see for example On Race and Medieval Studies, Decolonizing Anglo-Saxon Studies, Pushback Promise Progress, Whiteness in Medieval Studies Workshop, #MoreVoices, Anti-feminism Whiteness and Medieval Studies, White Nationalism and the Ethics of Medieval Studies, Re-making The Real Middle Ages -- and the multiple discussions and resources linked by those posts.  -- JJC] 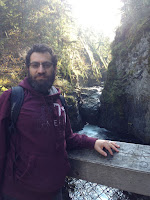 The following was originally composed in a series of comments on Facebook, posted on three separate dates (11 July, 18 July, and 24 July) in response to issues raised by IMC Leeds. My thoughts are not aimed at Leeds specifically but speak to related issues arising from this year’s IMC and conversations that took place among scholars on social media afterwards. I am at home caring for our children full time this summer, and, while I have revised my comments slightly, I cannot now add references or notes for further reading; I am aware of many relevant studies. Since my comments appeared on Facebook, too, a number of colleagues have responded with smart useful feedback that I would have liked to quote here—but they were posted to another venue, and I don’t want to include them without authors’ permission. Those authors may want to add to, or repeat, their interactions in this venue as well. Finally, my thanks to Jeffrey Cohen for offering In the Middle as a forum for these meditations.

11 July
First, an anecdote. Among the first conferences I presented at as a student was a graduate conference at Columbia. One of the keynotes was given by an important senior professor (though I can't now remember who), and it was about why Spain should be more fully included in Western medieval studies. As someone working on medieval Hebrew and Arabic literature in Spain, I was sad and surprised that the argument needed to be made, but I was happy that it was being made. To my dismay, though, the gist of the argument turned out to be that Spain should be included in medieval studies because, even during the Muslim conquest, there was an active Christian presence there; the bulk of the talk documented the evidence for this. In other words, the take away was that for something to be relevant to medieval studies it had to be Christian.

This was twenty years ago. One imagines that such a keynote would not be given today—but I'm not sure. The roots of medieval studies—and I speak from the literary corners of the field, though I suspect there are corollaries in history as well—are deeply connected to nationalism. As we know (others have written about this), the creation of a Western literary canon, one that has its beginnings with Beowulf and Roland and the like, was tied to the creation of nation. The same is true, with some differences, for the study of medieval Hebrew literature, where the “secular” literature of Golden Age Spain was mobilized to help bolster the literary canon of Hebrew in service of the state (others have written about this too). The tools of medieval literary studies—philology, codicology, the tracing of stemmata, discussion of textual transmissions and corruptions, etc.—are all colored by these origins. Current university structures, such as the division of departments along linguistic and geographical lines, grow out of and continue to reinforce these tendencies, which are now clearly problematic. Most course sequences that cover English literature for majors, for instance, still reproduce this sense of there being a “national” literary canon. Broadening medieval studies to include other literary traditions—say Persian, Arabic, Chinese, or African—is certainly a good thing. But what we really need is a radical departure from the field’s origins. We need to find a way to explode medieval studies and rebuild it anew.

July 18
Here is another perhaps not well formulated thought; I say so mainly because I’m sure others have already expressed this better: saying things like “more medievalists should work on Arabic” or “the field would look different if there were someone working on medieval China” reveals a certain shortsightedness about our definition of “medievalist” and who we think counts as a medievalist. There are already many great scholars working on these subjects! Instead, we need actively to expand the list of scholars that we already think of as medievalists. We should automatically, without reserve or prompting, be including in “medieval studies” people who work on, say, twelfth-century Arabic poetry, or the Cairo Genizah, or the Shahnameh or Byzantine history, or Chinese history, in Western universities and beyond—regardless of whether they are ever present at Leeds or Kalamazoo, or publish in Speculum etc. Doing this will dynamically change the field. The field would then look very different than it now seems to present itself internally and publicly, both in content and in terms of the racial and religious affiliations of those involved. More significantly, this would be a much bigger step towards making our discipline truly about a global Middle Ages (which, in this vision, it in fact already is) than an approach that focuses on arguments about how diverse Europe was and regardless of the degrees of diversity different people ascribe to different areas and centuries of medieval Europe. I do not mean to suggest that such arguments and scholarly interventions are not important—especially in the current political climate, they are—but rather that we can augment them by also decentralizing medieval Europe. That is, once medieval studies becomes about the medieval world, it is harder to sustain fantasies (held still by some scholars in our field) that the period was when White Christianity was dominant. There will be other implications and complications—for example, current debates about periodization in different regions—but in truth I believe that a change in medieval studies will only truly be felt if we embrace this decentralization approach wholesale.

July 24
Another thought (and I want to be clear, as I write, that I am in no way offering an excuse or a pass for racists in the field). Many of us were attracted to studying the Middle Ages because of a favorite childhood book, movie, television show, or game, and we perhaps imagine that studying medieval literature is a chance to engage with the materials that inspired us and these objects of childhood fascination—a chance to work with the people and stories we loved as children. Some even imagine that medieval studies is far removed from present-day politics or religion, and they want to retreat—I have heard people express that as part of their motivation for studying medieval texts. Undergraduate introduction to medieval studies tend to play into this now: they focus on the strange and weird of the Middle Ages, or use modern or child-directed medievalisms as a “hook.” I think in advanced undergraduate courses, and certainly in graduate seminars, we offer a much more sophisticated and complex reading of the field and its objects of study—and gender, class and race are among the sophistications and complications to be discussed there—but this still comes at a relatively late stage in one’s training in medieval studies. Further, even in advanced graduate classes, even courses that deal with the history of the discipline, rarely are the problematic roots of medieval studies engaged, especially as regards gender, class, race, and even wartime politics (and again, I am thinking of the discipline in relation to English and Hebrew literary canons especially). We are only truly confronted with the roots of the field, and its profound and long-term consequences, when we have devoted many years of our lives to becoming part of it. Not only that: with this realization, too, comes the knowledge that those childhood favorites, those things that inspired our devotion in the first place, are impacted and changed. There are a number of ways scholars seem to react: denial and outrage—including blaming the messengers, often people of color, women, and LGBTQ scholars—for ruining this fantasy; silence, not engaging at all, either by leaving the field or by continuing on as if nothing has changed; or, finally, some (many?) see that confronting these issues in medieval studies makes the field stronger, more important, and vital, because these are also the problems that face our classrooms, our departments, our conferences, and our world. That love we all had (and have) for things medieval can be productively harnessed, to bring us back to those inspiring materials, to find the interesting and valuable aspects of them but also (this time without blinders on) engage their racist, sexist, classist, ableist discourses with all of our hard-earned authority—and to confront the history of medieval studies and its political role in national and modern history.

Shamma Boyarin is Director of Religious Studies at the University of Victoria, where he also teaches in the English Department and Medieval Studies Program. His research and teaching interests include medieval Jewish literature (particularly of Spain, the Near East, and England), comparative literature (particularly Hebrew and Arabic), translation studies, and connections between religion and pop culture (particularly Heavy Metal). His most recent publications are “The Contexts of the Hebrew Secret of Secrets” in Trajectoires européennes du Secret des secrets du Pseudo-Aristote (Brepols, 2015), “Hebrew Alexander Romances and Astrological Questions: Alexander, Aristotle, and the Medieval Jewish Audience” in Alexander the Great in the Middle Ages (Toronto UP, 2016), and “‘Changing the Order of Creation’: The Toldot Ben Sira Disrupts the Medieval Hebrew Canon” in Talmudic Transgressions (Brill, 2017). He has also written for the British Library Asian and African Studies Blog (on a Hebrew manuscript made for King Henry VIII here and blogs himself here.