heritage is the stories we tell 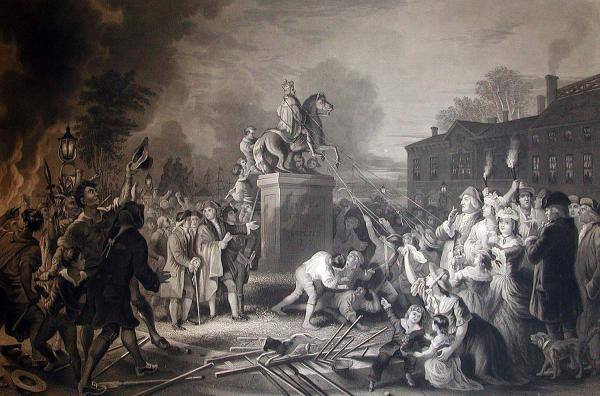 I have written about how we use materials like stone to send to the future stories of our having been here. These stories are inevitably misheard, reconfigured, re-invented, and otherwise lived-with. That's why I described stone as our most enduring companion: not because the substance remains inert, but because it travels with us through time.

So maybe it's worth contemplating that "heritage" does not mean preserving memorials as if we could freeze story into place. Remembering the past does not mean we cannot speak its complex unfolding differently: more humanely, more justly. Germany possess no statues of Hitler or his Nazis, but numerous memorials to their victims. Sometimes it's OK to realize that a community has made a mistake and commemorated an odious way of life, or a figure whose legacy was harm. Sometimes it's OK to take down a statue because of the pain its presence causes, or because the legacy it celebrates is on second thought appalling. Sometimes it's OK to leave an empty plinth, to contemplate the violence and even hate that used to be celebrated there. Sometimes it's OK to place a different memorial atop, perhaps a testimonial to a more capacious and complicated perspective on the past, one that conveys into the present the possibility of better futures.

Above, John C. McRae's engraving of the toppling of the statue of George III in NYC July 9, 1776. The Declaration of Independence had just been read to George Washington and his troops. Soldiers as well as a group of white and black citizens decided that some histories are not worth commemorating, not at present. They rushed to Bowling Green park, and took down the toga-clad figure of the king. The statue was melted to make musket balls, but McRae used the moment to make art. He added women, children and American Indians to his version and dressed everyone in contemporary clothing. Democracy is supposed to be inclusive, not time-bound.

No statue or memorial is timeless. We too can decide what to honor, what to affirm. Heritage is not "blood and soil" (as the Nazis in Charlottesville chanted), not some unchanging inheritance that inheres in blood and in native land, but the stories we tell.
Posted by Jeffrey Cohen at 7:35 AM