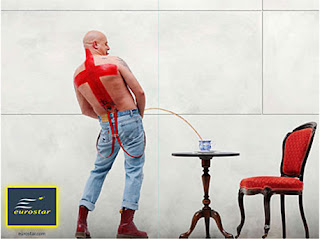 Readers of ITM likely know the litany of nationalist stereotypes that were repeated throughout the Middle Ages. G. G. Coulton laid them out well in "Nationalism in the Middle Ages" Cambridge Historical Journal 5 (1935-37): 15-40. In my own work, I've looked at a moment when William of Malmesbury attempts to convey a crusade-inspired Christianitas that transcends national difference ... but does so in unselfconsciously nationalistic terms. During the First Crusade, he writes, Christians everywhere joined the cause, even those dwelling "on remotest islands and among barbarian nations." He describes these "distant" races according to what each must abandon in order to join the cause: "The time had come for the Welshman to give up hunting in his forests, the Scotsman forsook his familiar fleas, the Dane his constant drinking, and the Norwegian left his diet of raw fish" (History of the Kings of England 4.348) -- a litany of stereotypes that undercuts the imagined unity.

A recent advert for Eurostar service between London and Brussels also demonstrates how hard it is to stop thinking outside nation-enveloping caricature ... for both parties involved. Here the Manneken Pis becomes a soccer hooligan / skinhead peeing in a teacup.

(full story, NYT [which adds to the jumbo generalizations with many of its own] or Guardian blogs, for some vox populi)
Posted by Jeffrey Cohen at 8:16 AM

the Guardian vox pop seems to turn it into a competition in self-deprecation between the pisstakers and the chip-eaters (sorry, did I mean the brits and the belgians?).